Royal Festival Hall was based on an unprecedented design approach at a time when Londoners were still dealing with post World War II rationing. It was intended to be a favorite gathering place for the people of London and beyond, but the acoustic qualities were profoundly disappointing and the organization decided to embark on a program to correct its shortcomings.

As a Grade 1A English Heritage Listed Historic Building, the constraints on change were significant. Its historic legacy and landmark status challenged the design task and required every acoustics recommendation to be validated by careful analysis and thorough review. Design options were tested extensively using both computer modeling techniques as well as a 1:20 scale physical model measurements, all validated by tests made in the actual hall during rehearsals and performances.

In the course of the project, Kirkegaard met with the design team and the English Heritage Team to discuss alternate ways to accomplish specific tasks that necessarily removed but did not replace original material. The Heritage team recognized that we were as conscientious as they in seeking to meet their goals. For example, all the wood paneling that lined the interior of the hall was carefully removed, marked, restored, placed in storage until the substructure was completely modified to eliminate any hollowness behind the panels. Then the panels were carefully replaced.

At the end of the day even the Heritage team found it difficult to identify where changes had been made. At nearly 3000 seats, Royal Festival Hall pushes the limits of a concert hall, but for those Londoners who experienced the old RFH, the changes have profoundly transformed the hall to a place of pride and enjoyment of an extraordinarily broad range of performances. 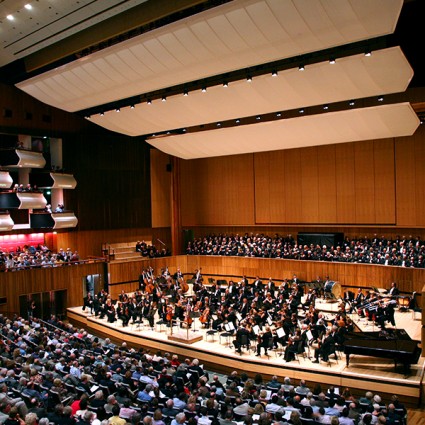 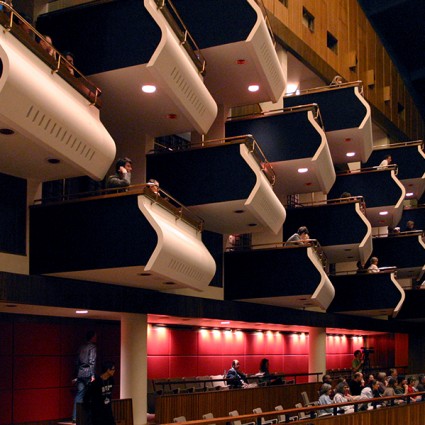 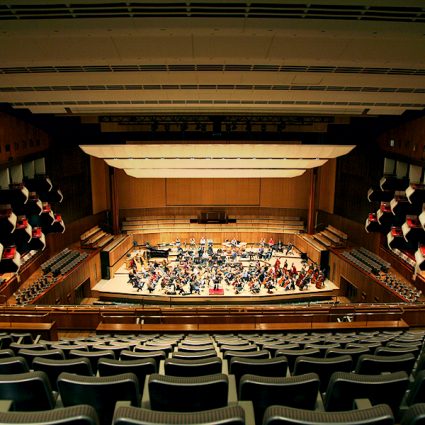 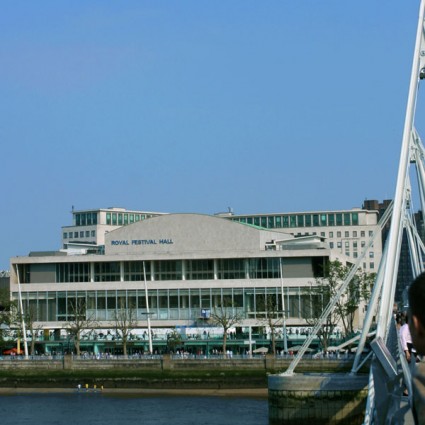