The Georgian Revival sanctuary dates from 1952. At some point after it opened, acoustic tile was applied to the ceiling and draperies were hung across the upper rear wall, presumably to improve speech clarity. Loudspeakers were concealed in the architecture, which concealed portions of the loudspeaker’s coverage patterns as well. The pipe organ was arranged in two chambers flanking the narrow chancel, with the choir between the chambers. To make its sound carry to the rear of the room, the organ had to be played at a level that the choir and those located in the front of the sanctuary found objectionable.

A primary goal of the renovation was to draw the chancel and the congregation closer together. The pulpit moved forward to centerline, like the prow of a ship. The ceiling was rebuilt in heavy plaster to provide projection and encourage congregational singing and shaped to avoid trapping sound in harsh flutter patterns. A mixture of absorptive and diffusively reflective panels replaced the rear wall curtains to improve room response while still avoiding echoes from the new audio system, designed by Joe Davidson.

The two organ chambers were shifted to the rear of the chancel, and a new Schantz pipe organ was installed. Because the new location allows the organ to speak more directly into the reverberant volume, the new instrument could be voiced more subtly and still fill the room with sound. Shifting the organ also brought the choir closer to the congregation and allowed the chancel to grow wider, better suited for the occasional small orchestral performances. All furniture at the chancel, including the pulpit, is removable. Small balconies were added flanking the chancel, both to scale down the chancel visually and to provide closer side wall surfaces near the choir.

The renovated sanctuary has been a great success, supporting worship and allowing the music ministry at First Baptist to flourish. 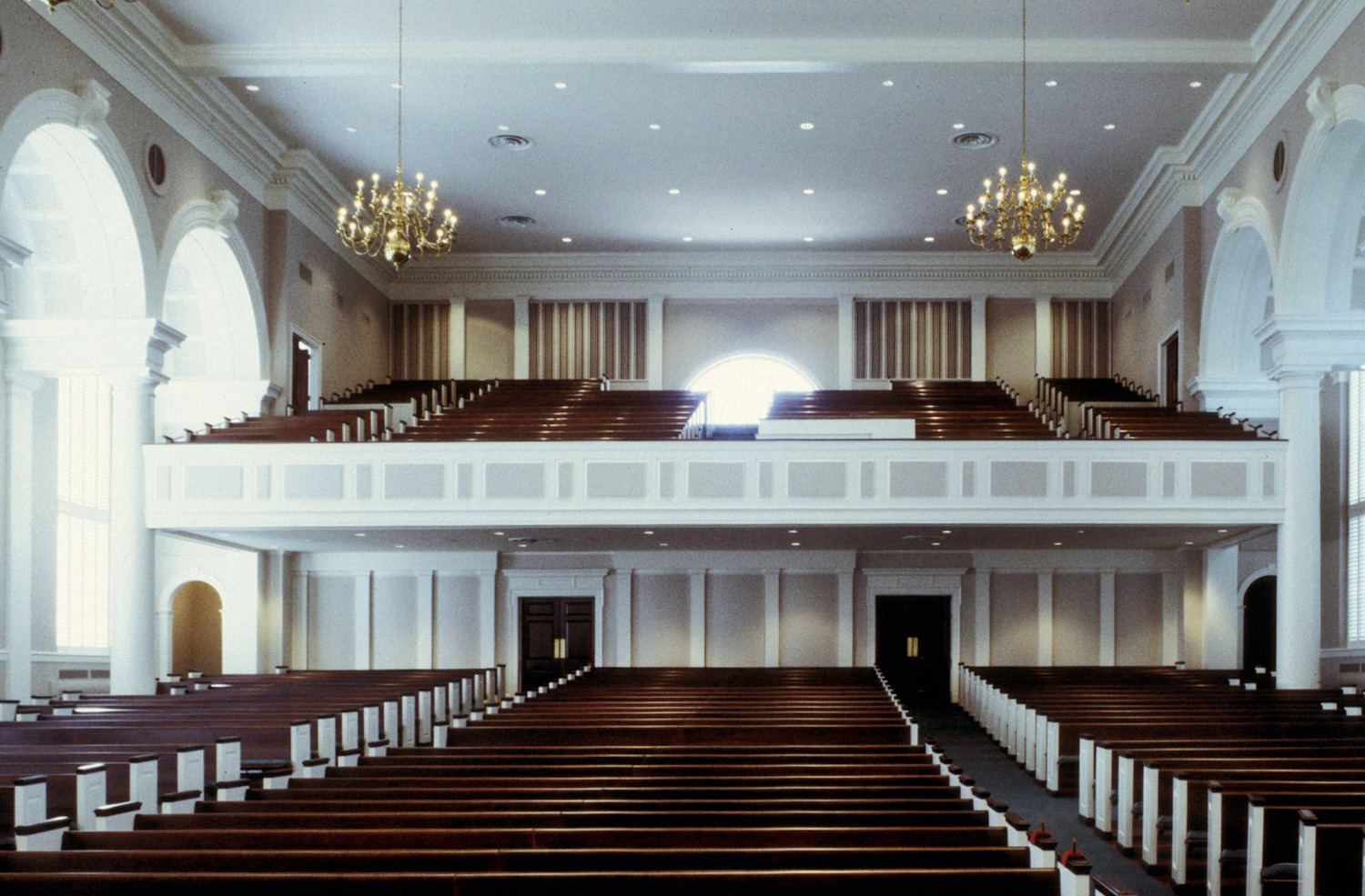 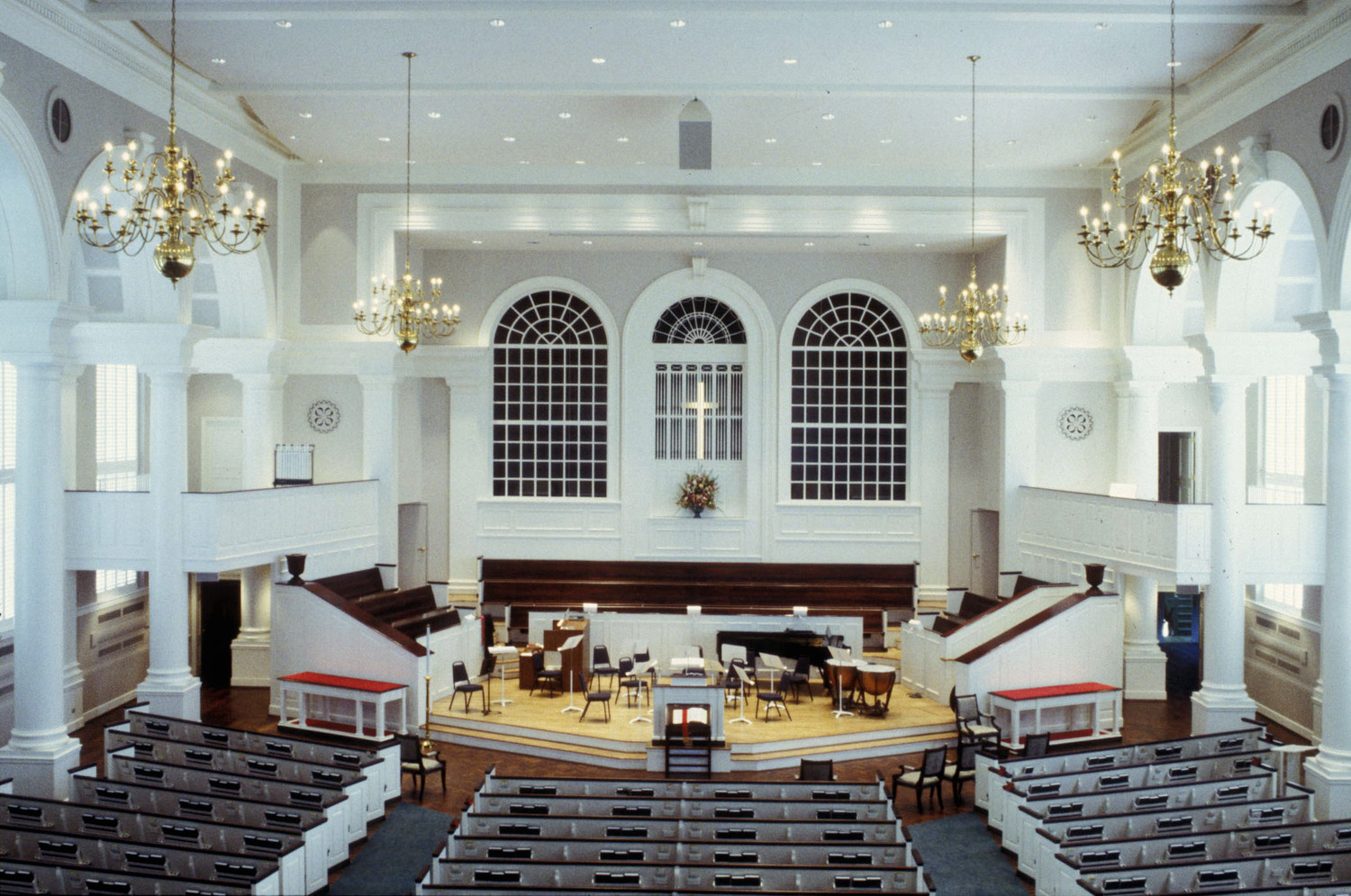 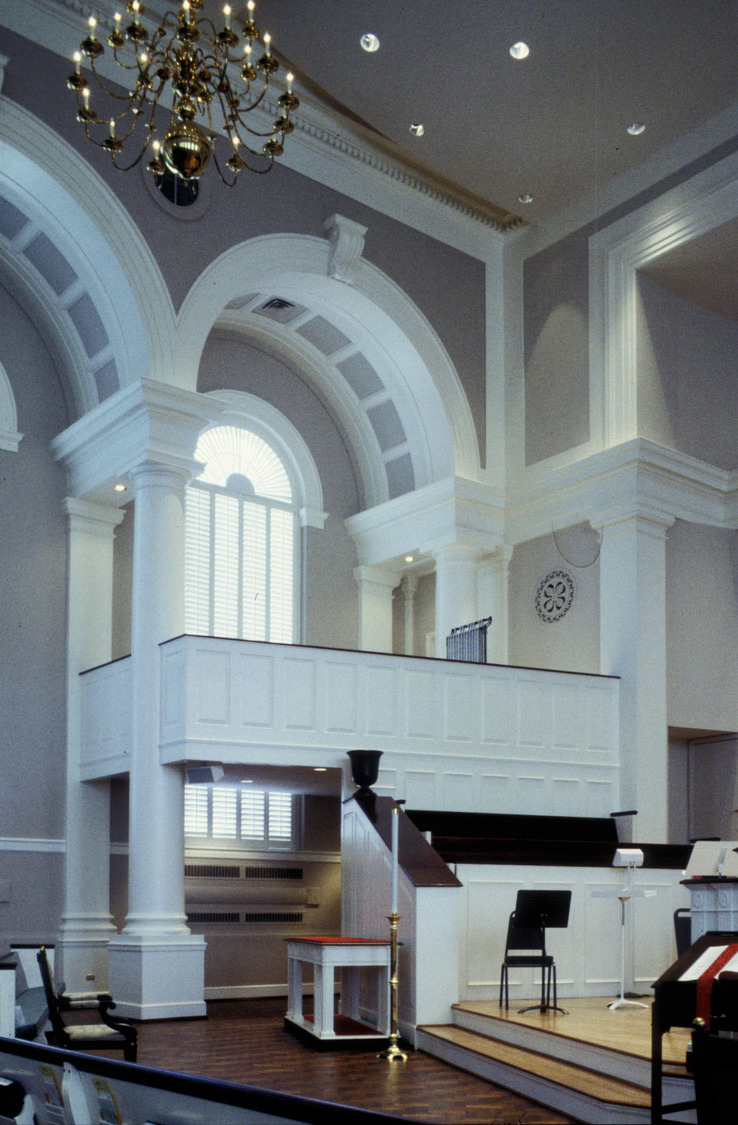 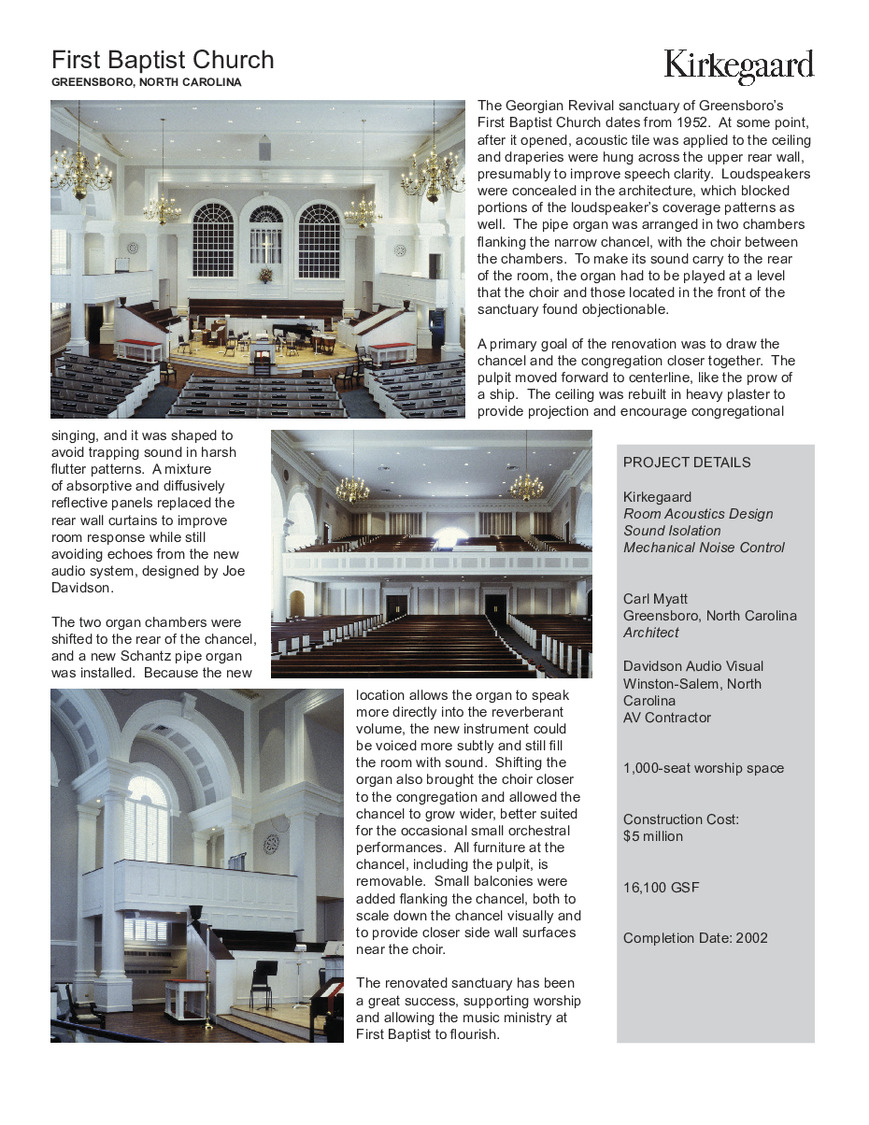