By Leslie Williams|2022-05-06T17:30:23-06:00May 6th, 2022|Civic, Projects, Worship|
The Social Hall at Am Shalom includes a large flat floor multi-purpose room which can be expanded on either side to serve the large congregation during the High Holy Days. The space is used for banquets, performances, services, as well as Bar and Bat Mitzvas. Normally, a series of classroom and meeting spaces are separated from the central area on the south side and a large meeting room is also separate on the north side. The new AV system needed to provide high-quality audio for speech and music reinforcement for both the separated and joined conditions of the room. A relatively low ceiling for such a large space made the selection of main loudspeakers critical to the success of the project so that loudness was evenly distributed to all attendees. The system includes multiple modes of operation including iPad, use of an onstage mixer, and a mixer position at the back of the Social Hall. In a second phase of design the video system was upgraded to include high-definition video projection using laser projectors. The projections screens on either side of the bimah can now also show the same or different images using a matrix video switcher. Three remote-controlled video camera are included to provide image magnification in the space and as the source for video streaming to the internet.
Project Details
Audiovisual Systems Design
Pentegra Systems, Audio-Video Integrator, Addison, IL
42,000 gsf
500-seat worship space that can expand to accommodate 1,100
AV Systems Budget: Phase 1: $30,300; Phase 2: $120,700
Glencoe
IL 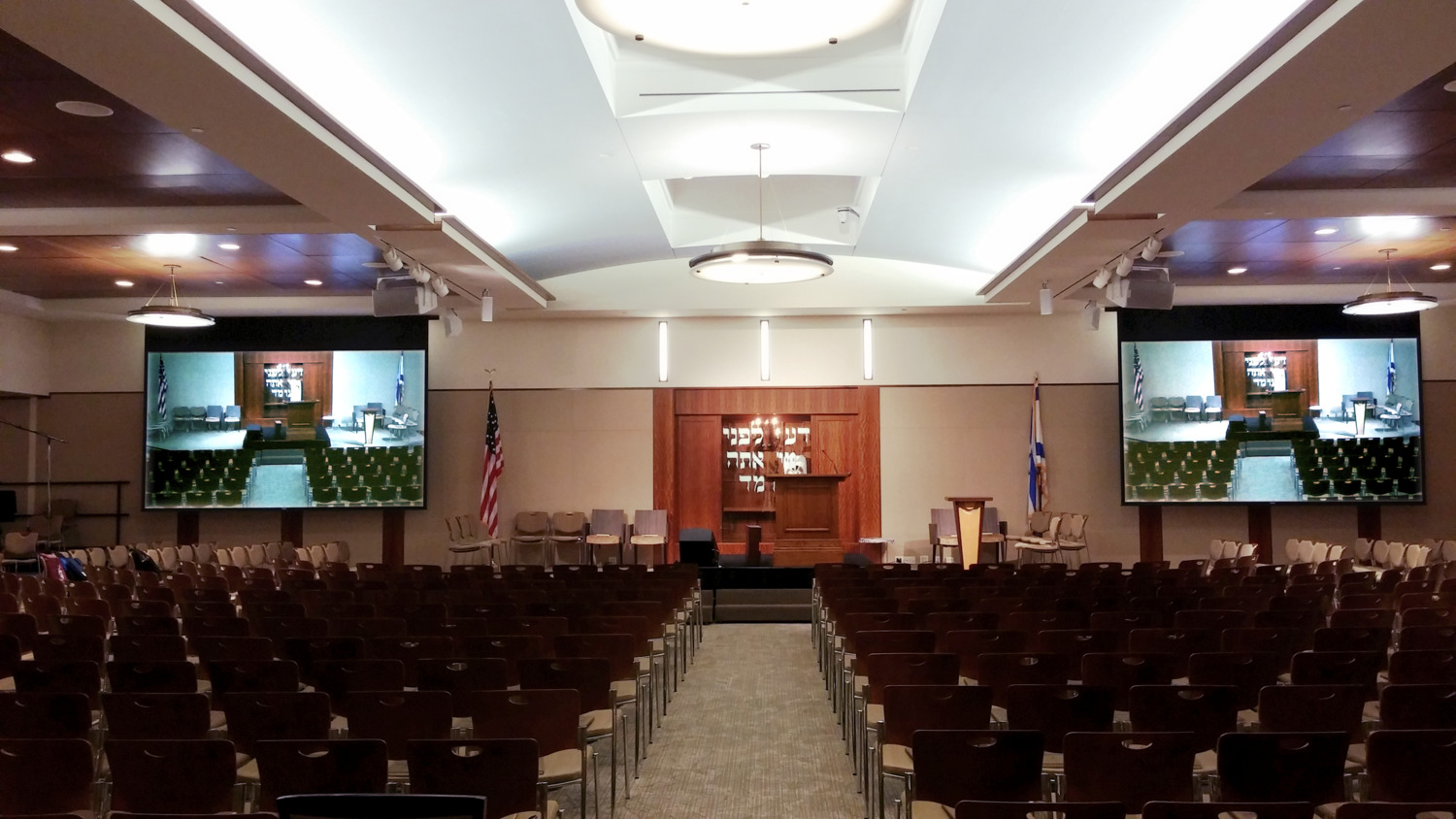 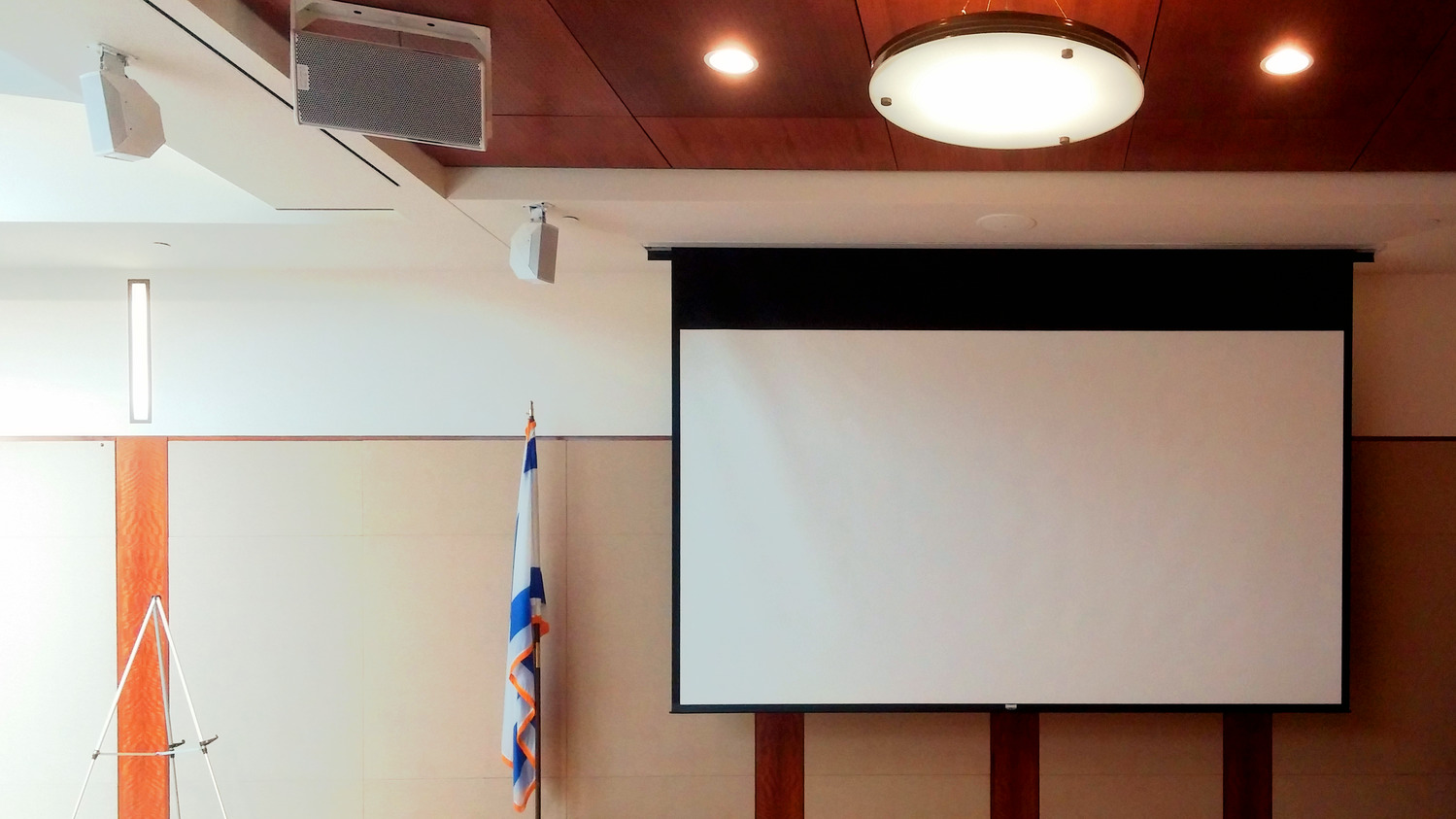 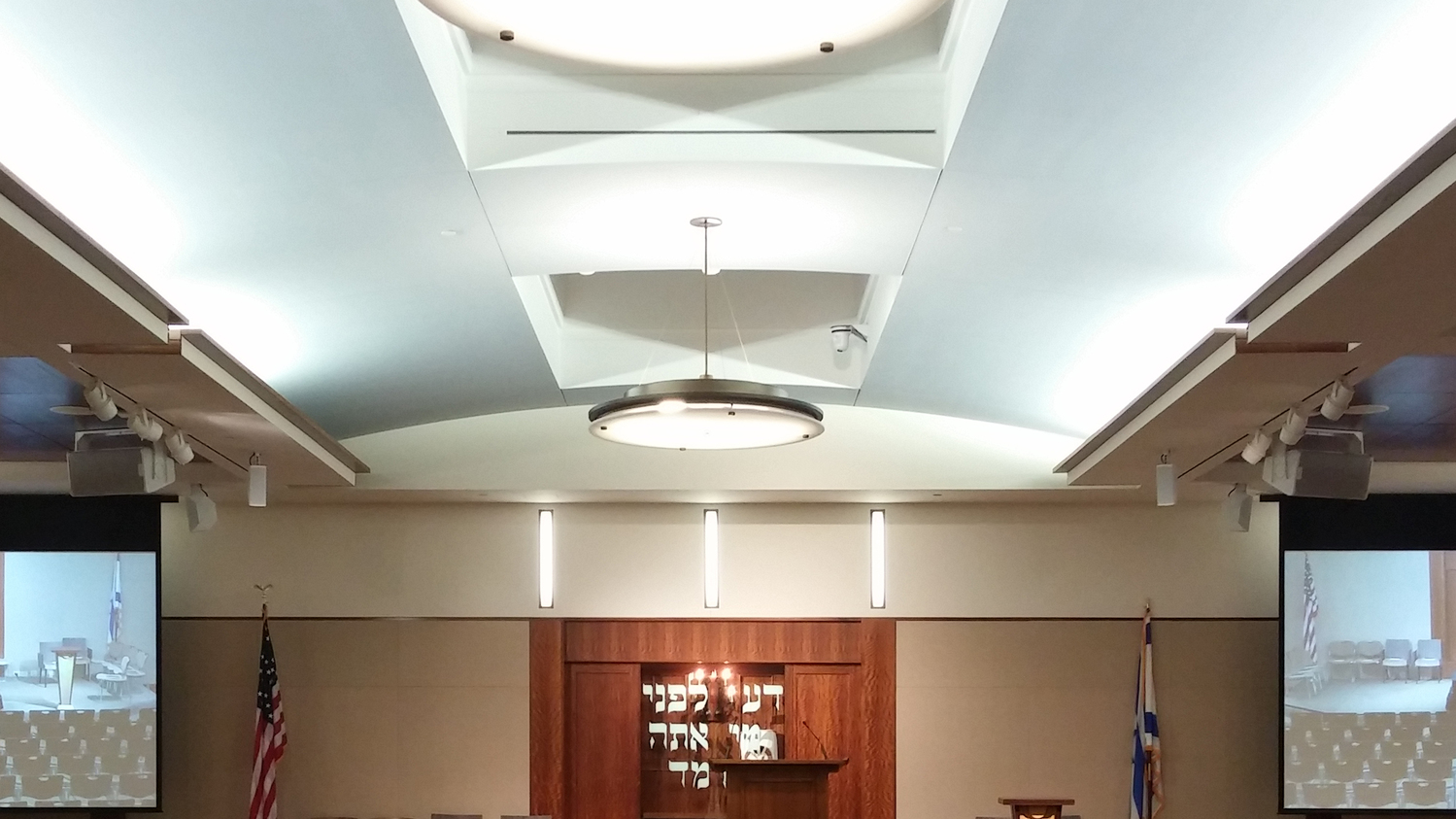 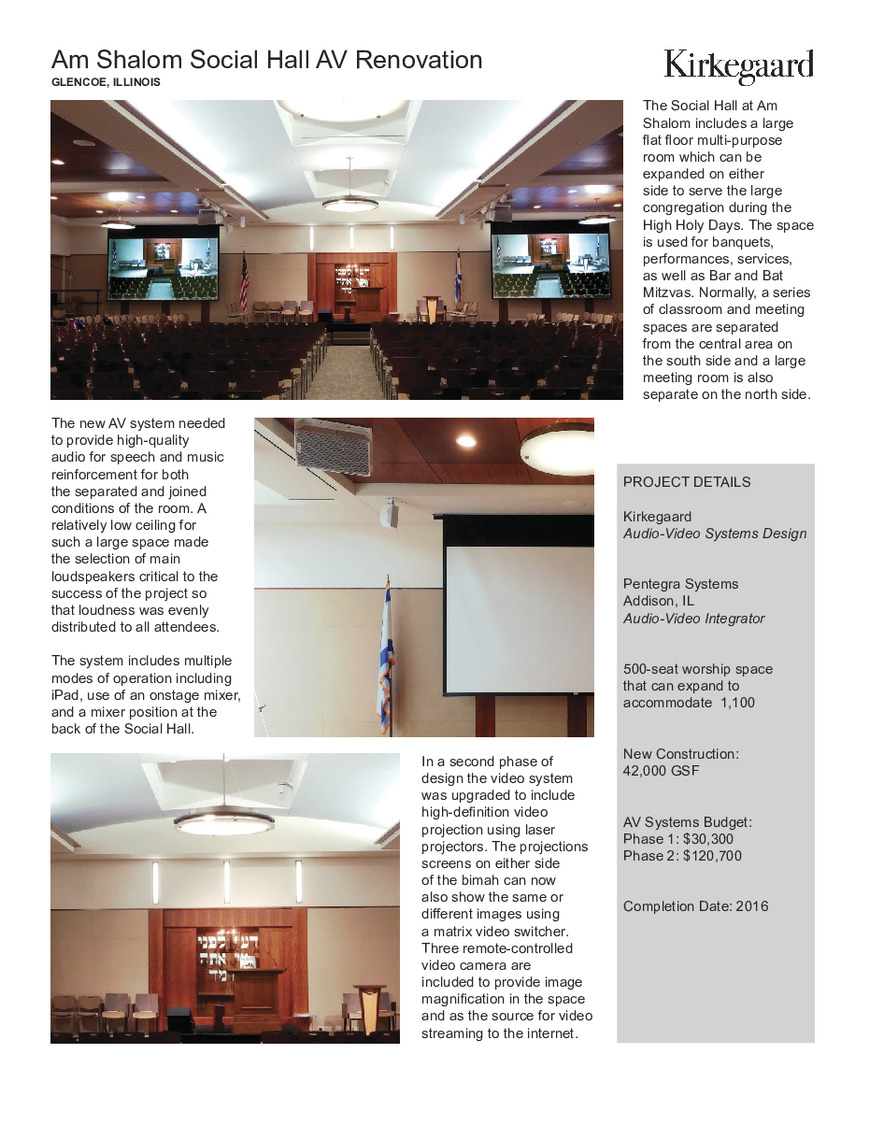