Currently the home of the London Symphony Orchestra and the BBC Symphony Orchestra, the Barbican Concert Hall was originally planned as a conference facility for 2000 people, with a design that emphasized audience proximity to the stage. Its reconception as a concert hall came too late in the design process to accommodate either the reduction in width or increase in volume that would have resulted in a more favorable geometry for music performance.

In 1991, Kirkegaard completed a master planning document that discussed acoustics issues which included lack of intimacy, clarity and presence, poor low frequency response, anemic and uneven of sound from the platform, poor ensemble conditions, and low reverberation time, particularly at low frequencies. The document also recommended acoustic improvements that would enhance technical facilities and performer and audience recommendation. Three phases of work have been completed to date.

Phase 1, completed in 1994, added absorptive panels to the lower sidewalls which reduced the strength of echoes that were degrading clarity and ensemble conditions. Quadratic residue diffusers were added behind the stalls and circle for the same purpose. Low frequency response was improved by the addition of mass to the rear surfaces of wood panel cladding the upper side walls.

Phase 2, completed in 1996, consisted of a platform extension that significantly increased floor area for the orchestra. The extension was of stiffened with honeycomb to further improve base response.

The most significant work occurred in 2001. This phase completely replaced the canopy and added approximately 6,000 sq ft of ceiling reflectors above the audience. The reflectors weighed approximately 24 psf and are constructed of paper honeycomb with medium density fiberboard clad with acid etched stainless steel. The four reflectors over the platform are adjustable for height and tilt and comprise the canopy. The reflectors over the audience are fixed in place and contribute strong early reflections which the highly diffusive original concrete ceiling was unable to provide. Though RT was reduced by the Phase 3 improvements, clarity, projection, low frequency response, and ensemble conditions have all been improved. 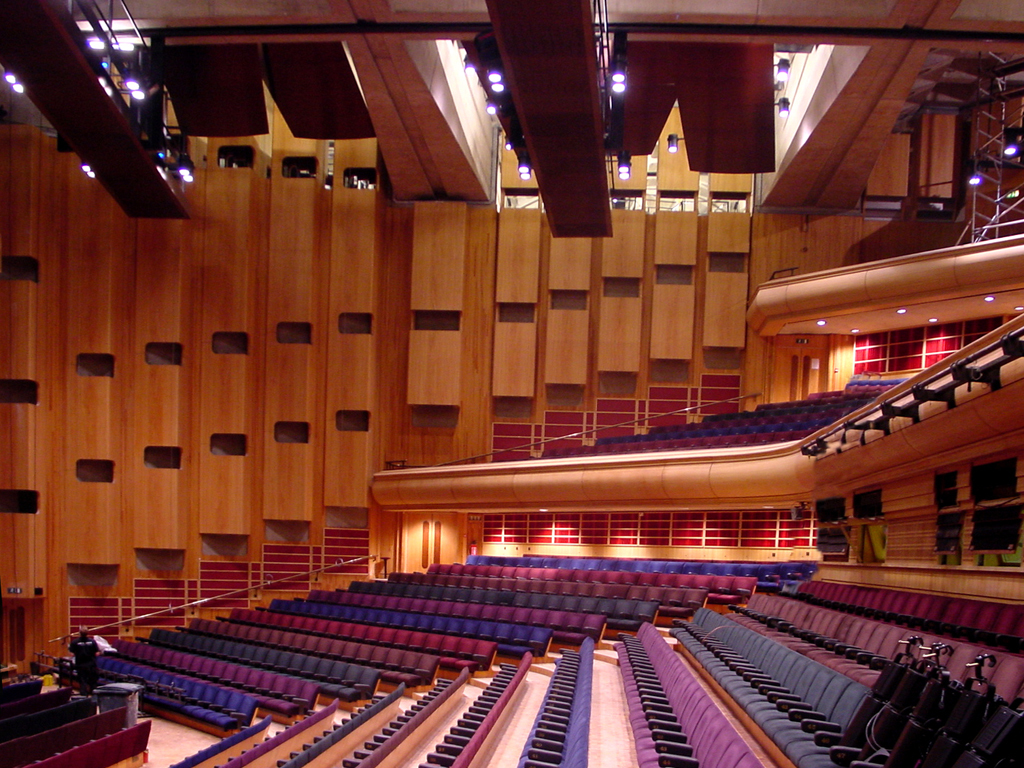 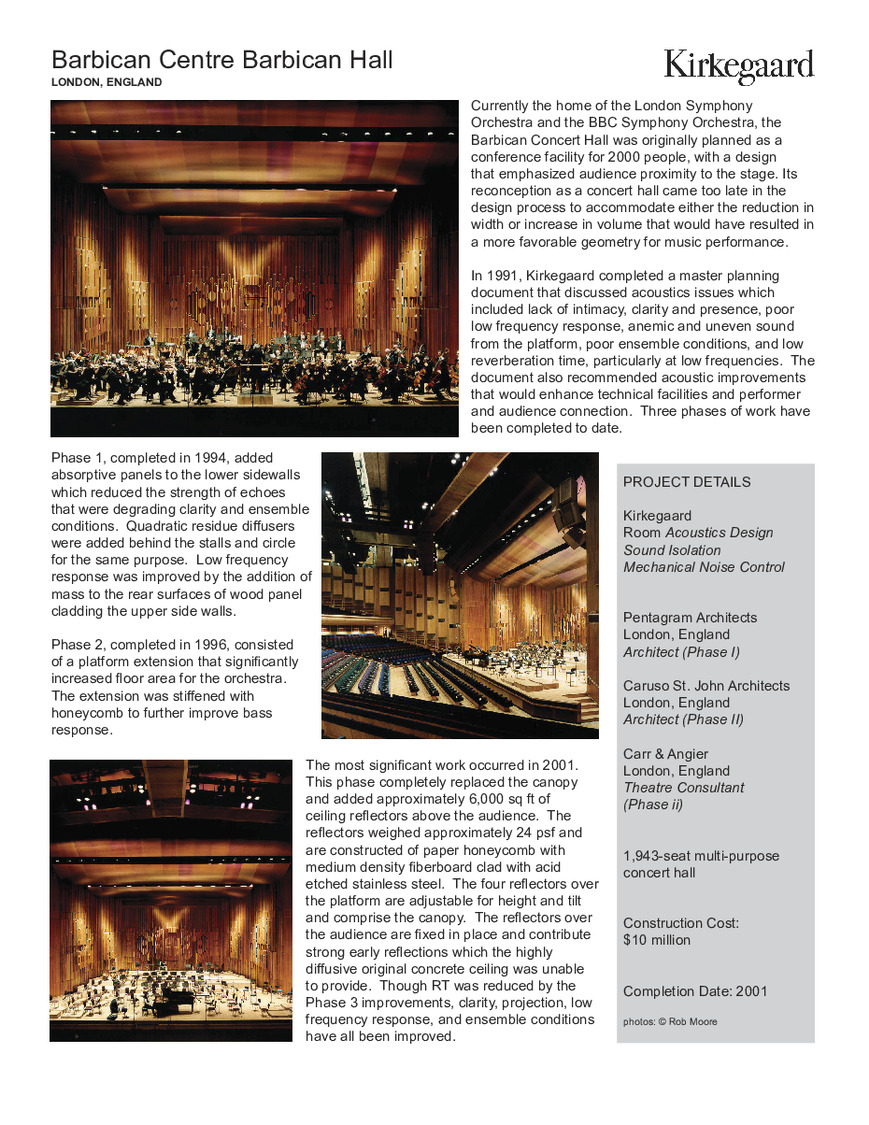 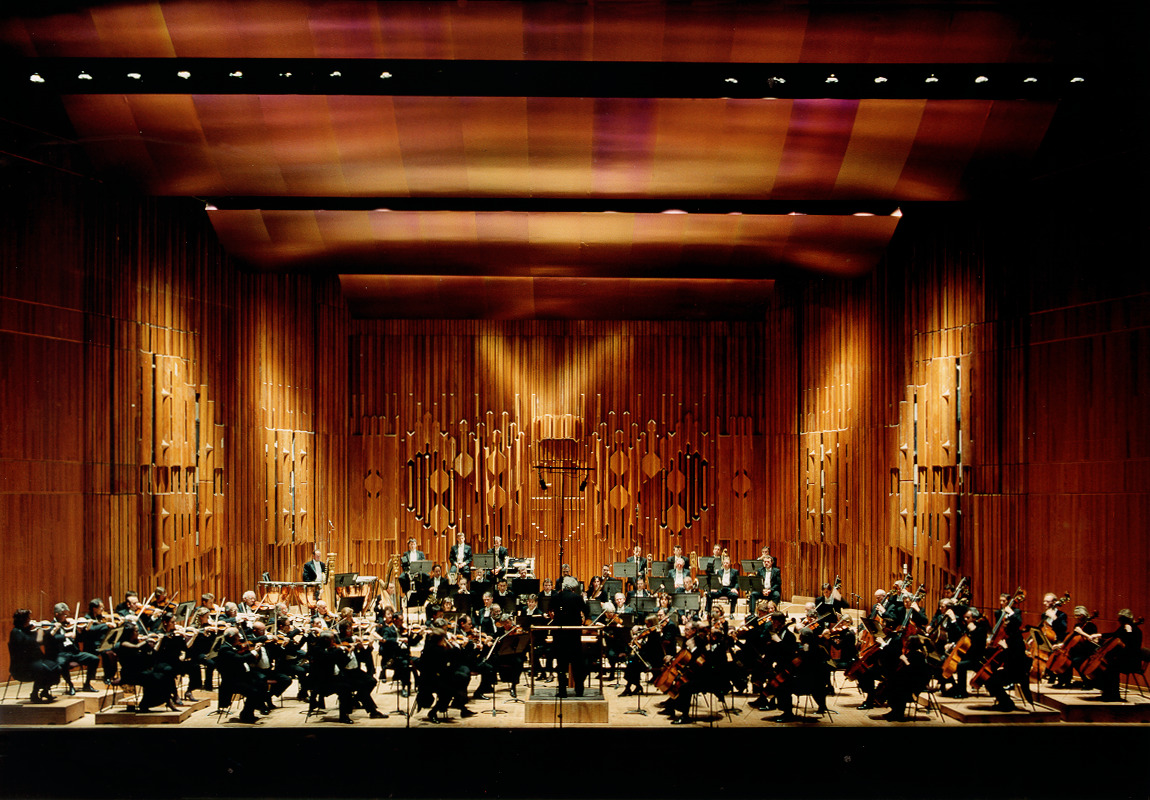 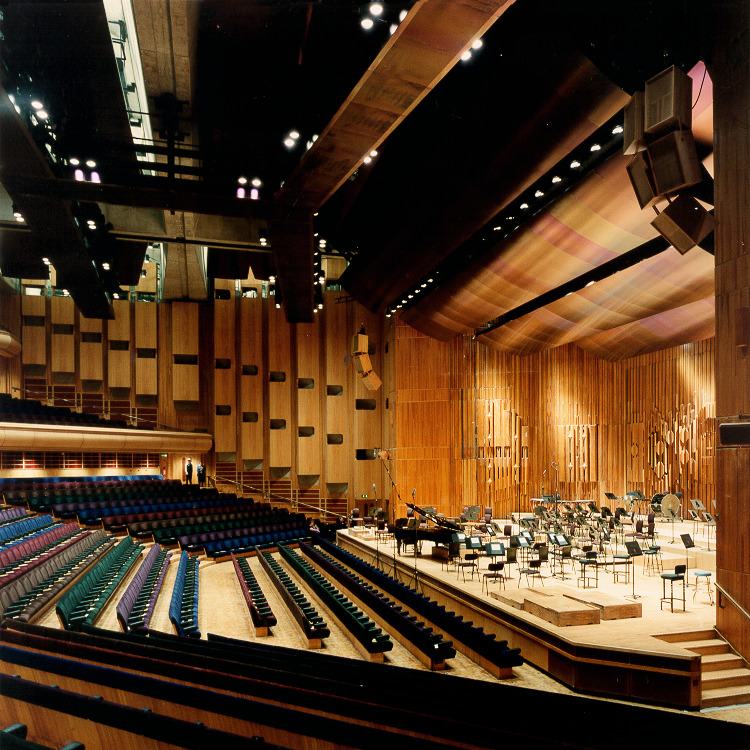 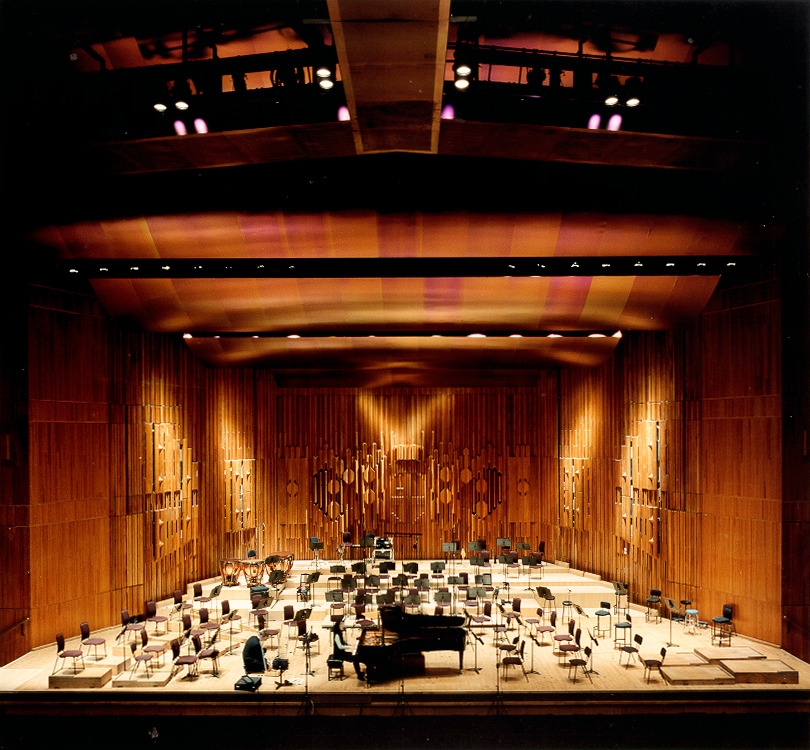 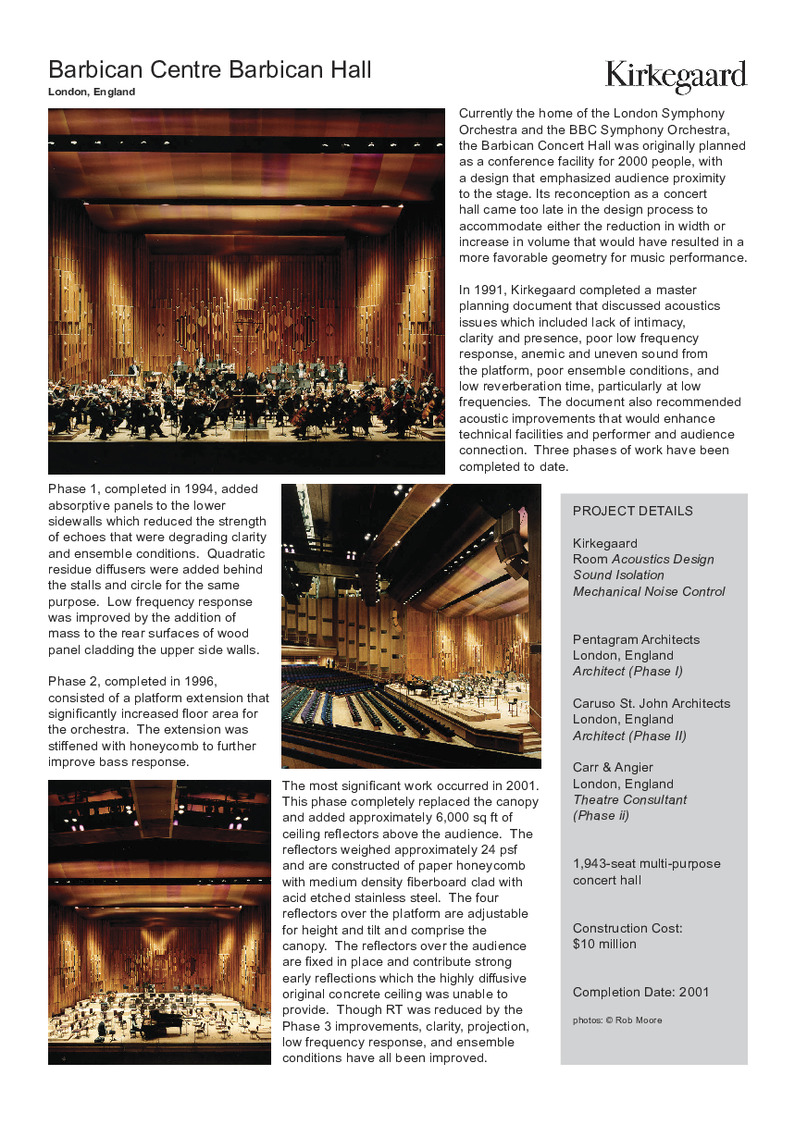