The Boston Conservatory of Music has a strong program combining music, dance, and musical theatre taught out of several small urban buildings near the heart of Boston. Kirkegaard and the design team transformed their 1940 Hemenway building by inserting a four-story addition into a tight lot at one end of the building. The addition creates four large rehearsal spaces for dance, theater, and music, and a lobby for the 325-seat theater while rationalizing circulation and making the entire building accessible to wheelchairs. Careful design of the addition maintained gracious ceiling heights for the rehearsal rooms and allows them to be used simultaneously without interference. A thorough renovation of the existing building improved the technical capacity, aesthetics, and acoustics of the theater, which is the Conservatory’s primary venue for musical theater, dance, and opera performances. Classrooms and theatrical shops in the old building were upgraded, and practice rooms were added over the existing building. The entire building now has quiet air conditioning and excellent isolation. 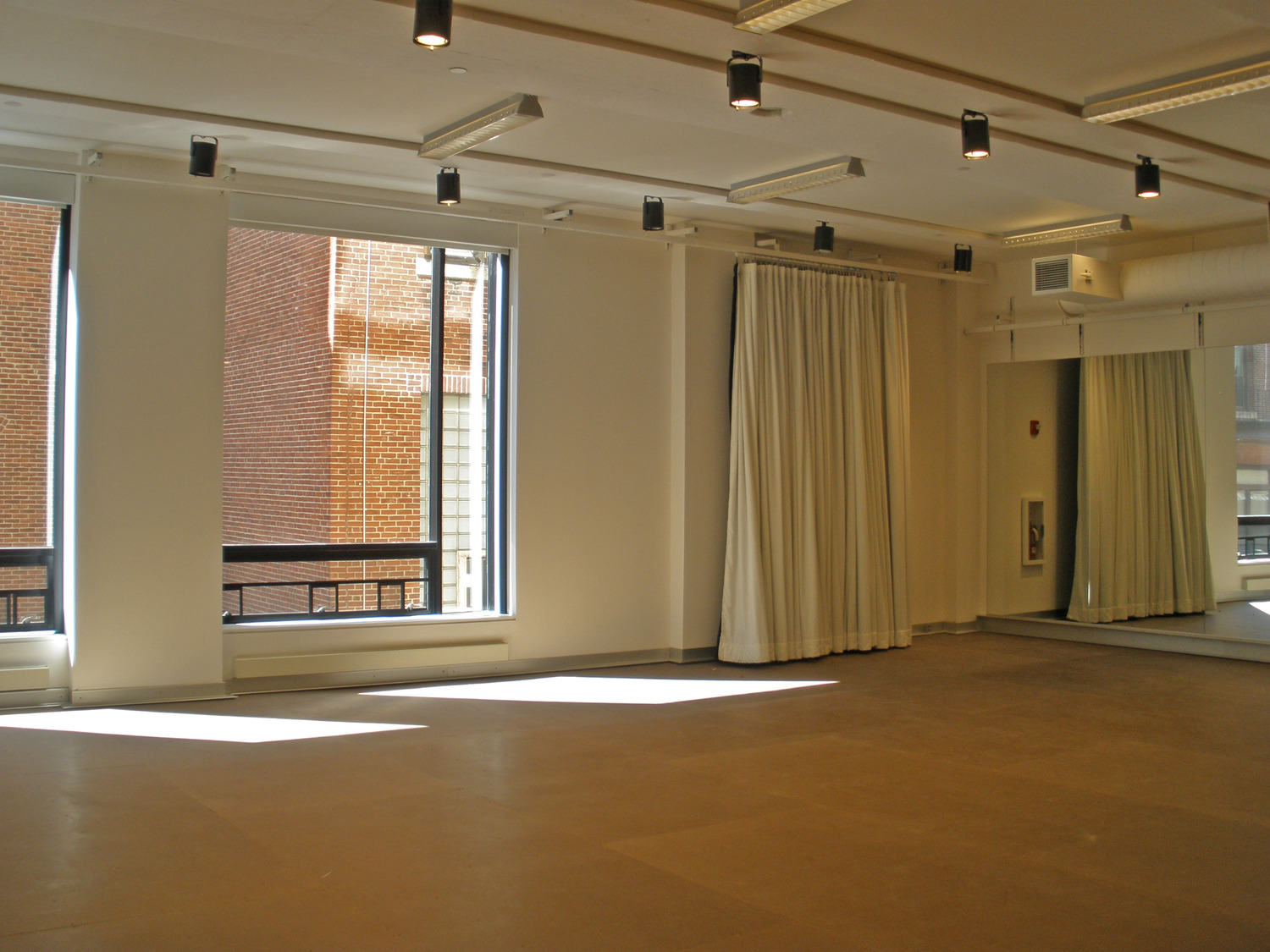 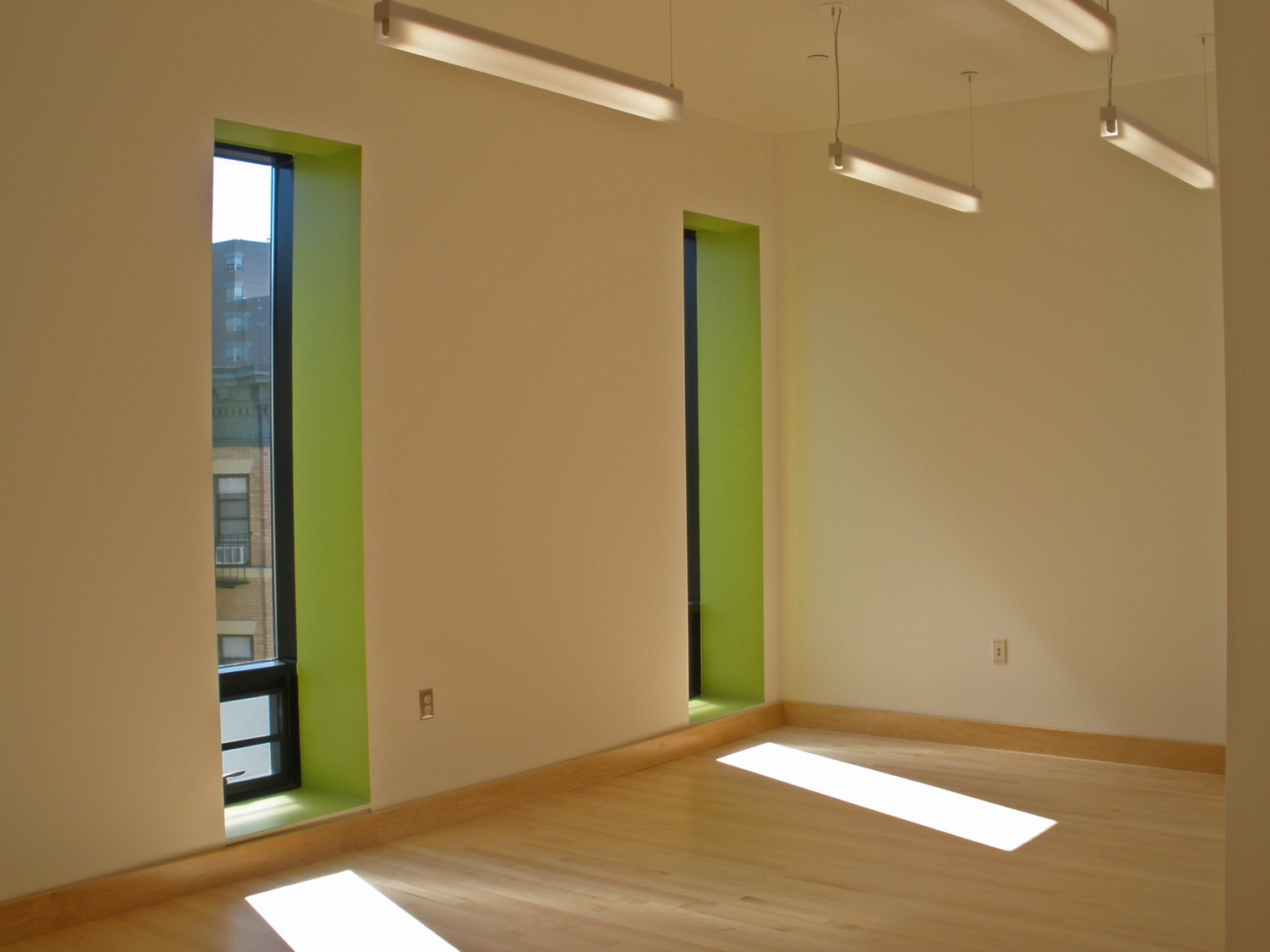 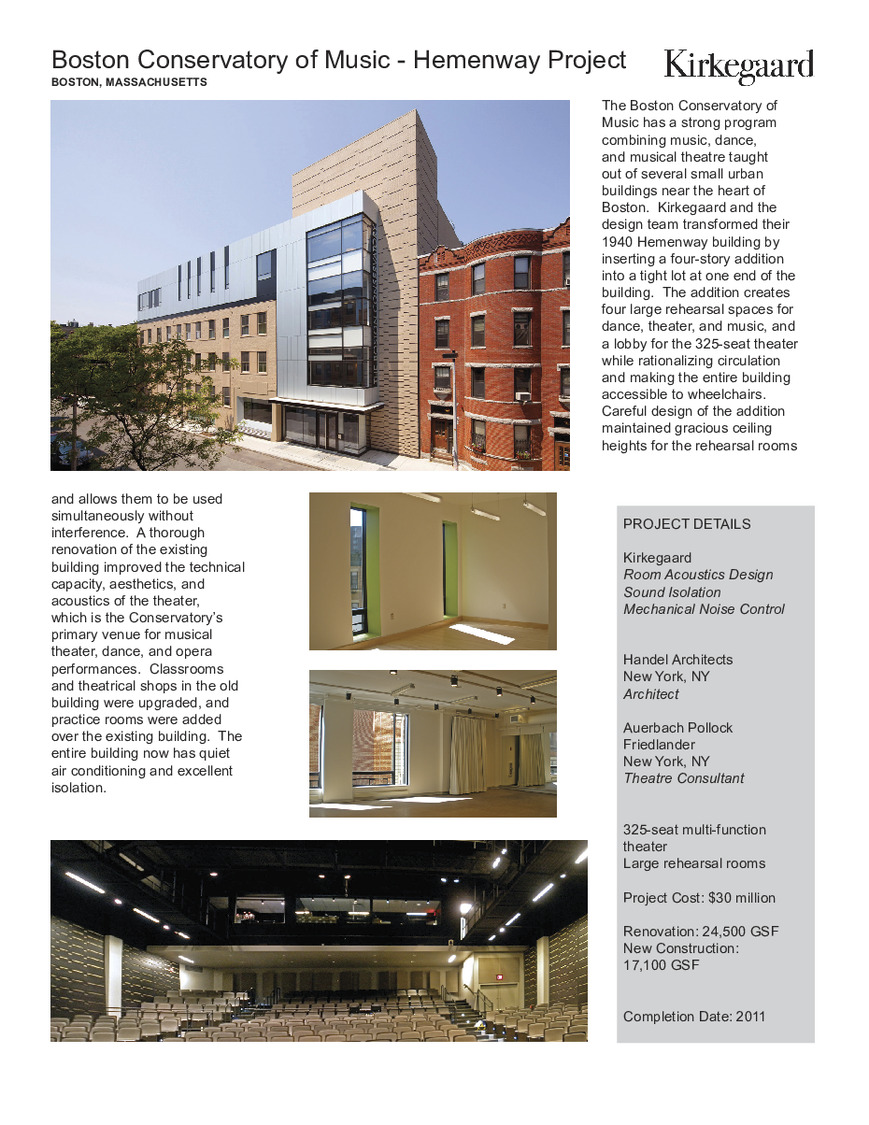