By Leslie Williams|2022-09-30T17:44:42-06:00June 24th, 2022|Arts, Performing Arts Centers, Projects, Theatres|
DO NOT USE. THIS HAS NOT BEEN EDITED DOWN AND CONTAINS SIMILAR INFORMATION AS BODY SECTION The Jim Fausett Theater is a 482-seat Auditorium with proscenium stage and orchestra pit designed as part of the larger Plaza on Fifth condo/retail project. Acoustics has been a central concern for the Theater from early in design. The site offered challenges – fire engines run right next to the theater; the loading dock opens directly onto the sidewalk; the lobby remains open to the public during performances; there’s a parking garage immediately behind the stage and a large air handling unit on the roof over the audience. The program offered challenges too – this room is used for a variety of performances, from dance to chamber music to drama to jazz to opera, and each type of performance wants a different acoustic Environment. To protect the theater from the worst of traffic noise, its outer walls are grout-filled concrete block and a heavy steel door slides down behind the loading door. Vestibules separate the theater from the lobby. A structural joint separates the parking deck from the stage. The air handling unit is a special “fanwall” type that doesn’t rumble as much as standard units, and it is separated from the audience by a concrete slab and an independent gypsum board ceiling. The lower side walls were subtly angled to offer strong, supportive reflections to the audience without trapping sound as harsh, clattery “flutter”. Overhead reflectors send some sound down to the audience while allowing much of the sound to fill the upper volume of the room, where it is sustained as reverberation. Upper side walls are built of split-face block, which reflects low frequency sound but scatters high frequency sound, giving a warm character to the sustained sound. Acoustic curtains and banners reduce reverberation and reflections. For musical performances, these curtains and banners will retract into pockets. Such performances may also use movable towers behind the performers to reflect even more sound out to the audience. Other spaces in this project include a control room, follow-spot booth, dressing rooms, and lobby, all of which needed to be designed in such a manner that their adjacencies would not interfere with the acoustics of the theater. Kirkegaard provided Room Acoustics Design and Mechanical Noise Control for these spaces.
Project Details
Mechanical Noise Control
Room Acoustics Design
Sound Isolation
Rohrbach Associates, Architect, Iowa City, IA
Performance Arts Technology, Theater Consultant, Iowa City, IA
7,800 gsf
472-seat auditorium
$11.2 million
Coralville
IA 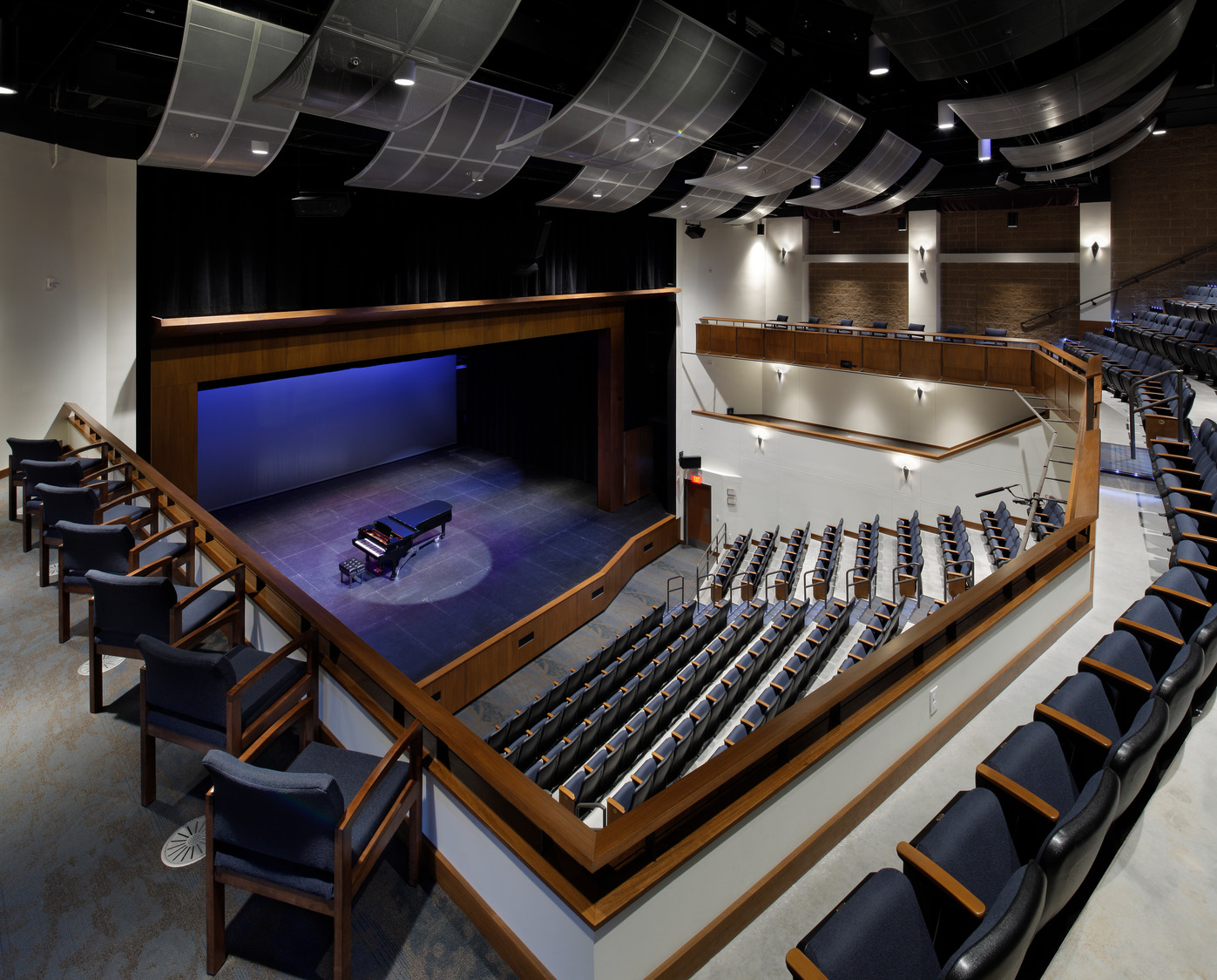 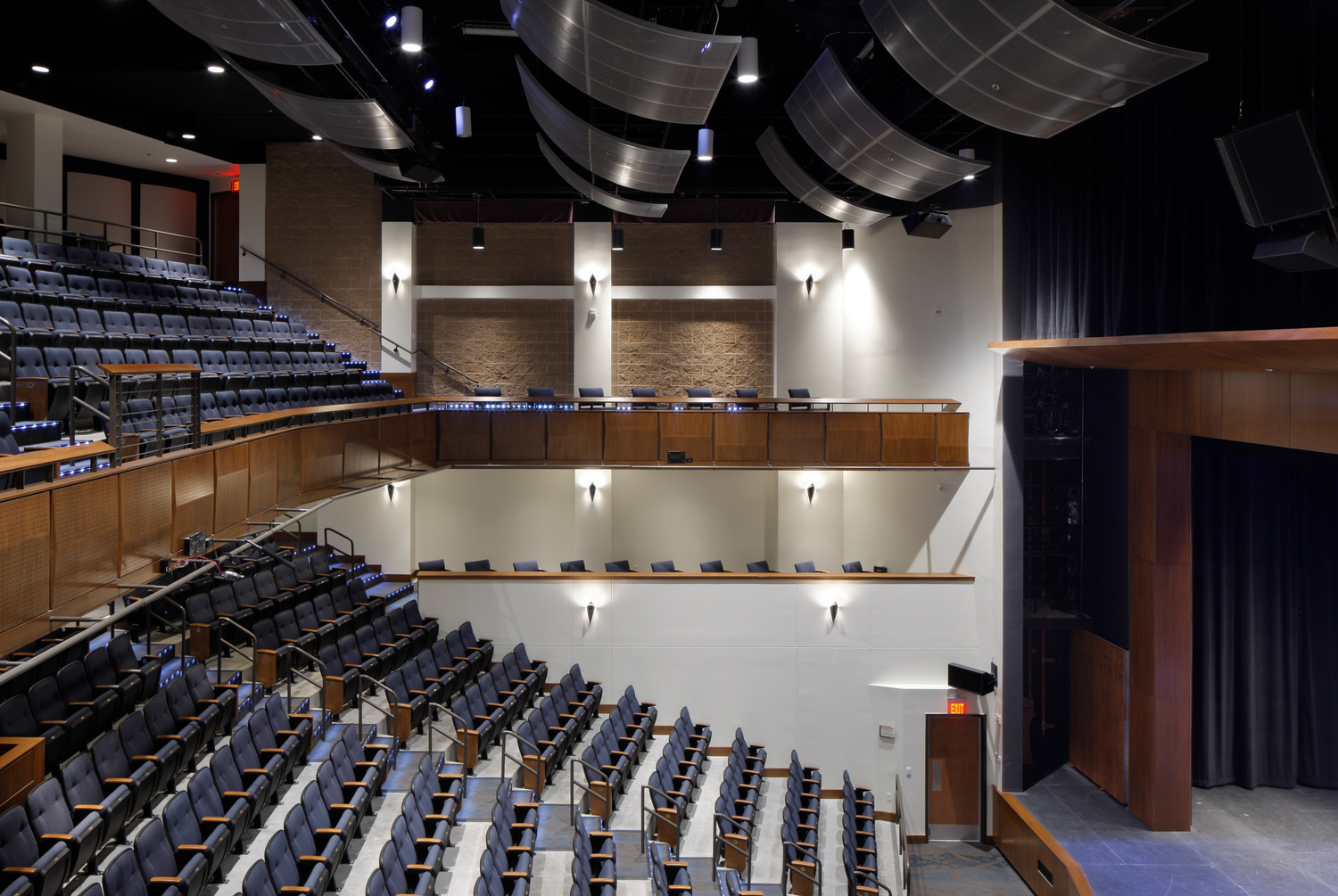 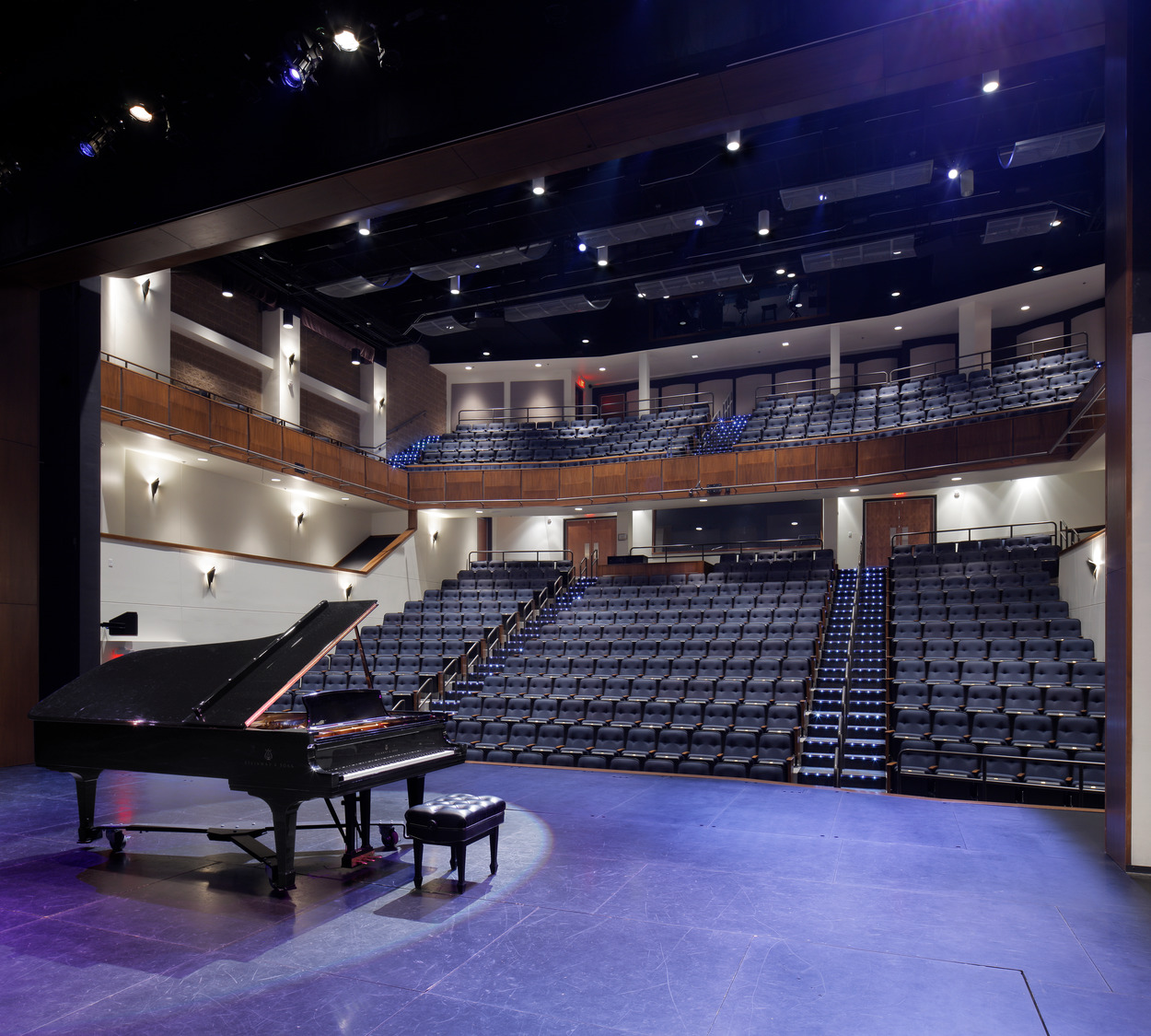 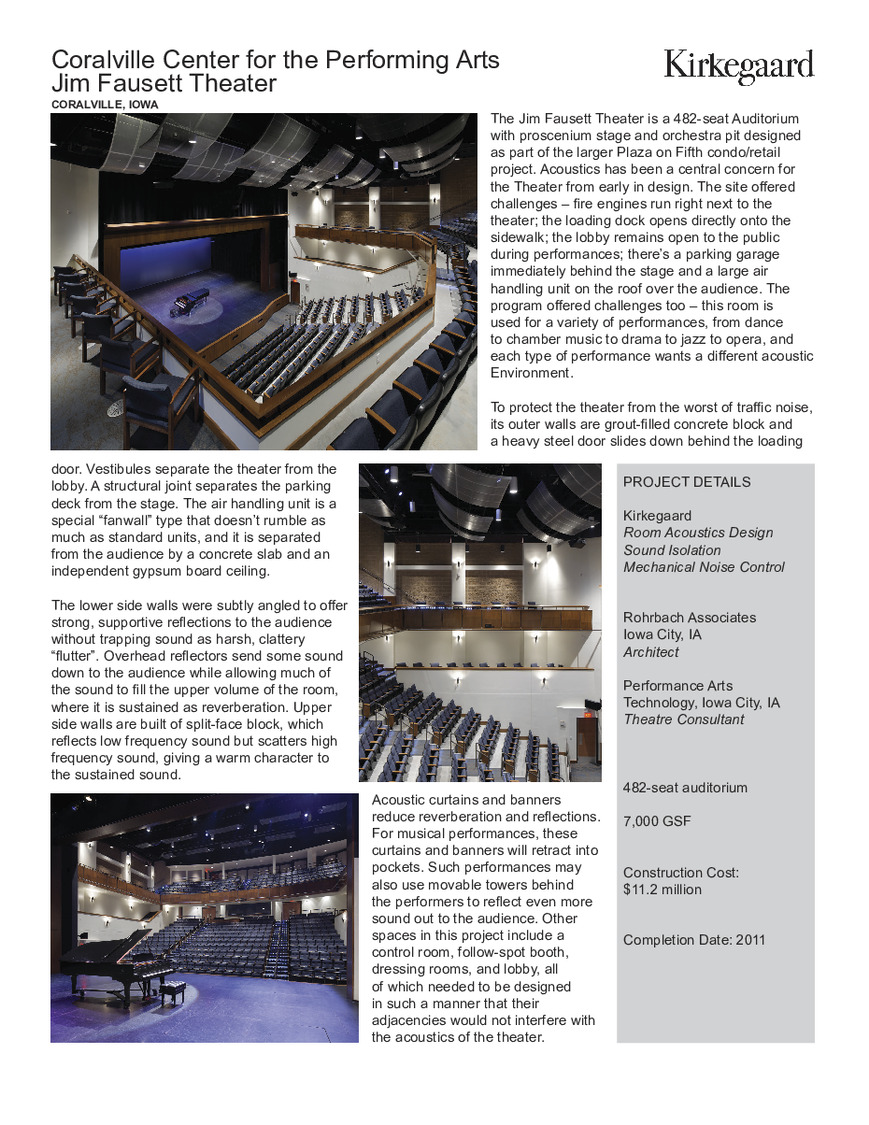