Curtis is one of the world’s leading music conservatories and is unique in that it has provided merit-based, tuition-free scholarships to all its exceptionally gifted students since 1928. The origin of Curtis’ facilities began with the 1924 purchase of three Locust Street mansions on Rittenhouse Square in Philadelphia to form its Main Building, from which the “assembly room” was replaced by a new concert hall in 1927, renamed the Field Concert Hall following its renovation in 2001.

Curtis engaged Kirkegaard to study their concert hall, heavily used for voice and instrumental recitals, performances, and ensemble rehearsals, and identify issues that could be improved alongside needs to replace the plaster ceiling, provide ADA access to the hall, and replace mechanical systems supplying air to the room. These feasibility study efforts led directly to Kirkegaard providing the acoustics and audio-video designs for the renovation of Field Concert Hall and overseeing its construction. Although generally well-liked by users, the concert hall’s sound had previously been described as a bit “cold and dry.” Concave shaping of the plaster ceiling focused sound in ways that created uneven distribution and resulted in a “fluttery” characteristic when audience seating on the main floor was displaced by large ensemble rehearsal setups. During fortissimo passages, the room became overly loud due to its limited volume.

Kirkegaard recommendations implemented with the renovation included, among others, replacing the plaster ceiling with an acoustically transparent fabric ceiling of the same shape, providing a new plaster ceiling with convex shaping at greater height to even out sound distribution while increasing room reverberation and controlling loudness, applying new wood finishes directly to substrates to increase bass support and acoustical warmth, providing movable platforms to provide a stage extension for larger ensembles, increasing openness between the hall’s organ pipes and acoustical volume, sealing penetrations and providing heavier gasketed doors to improve sound isolation from the exterior and surrounding spaces, controlling noise/vibration for low noise from the building service systems, and designing new audio-video systems for the hall. 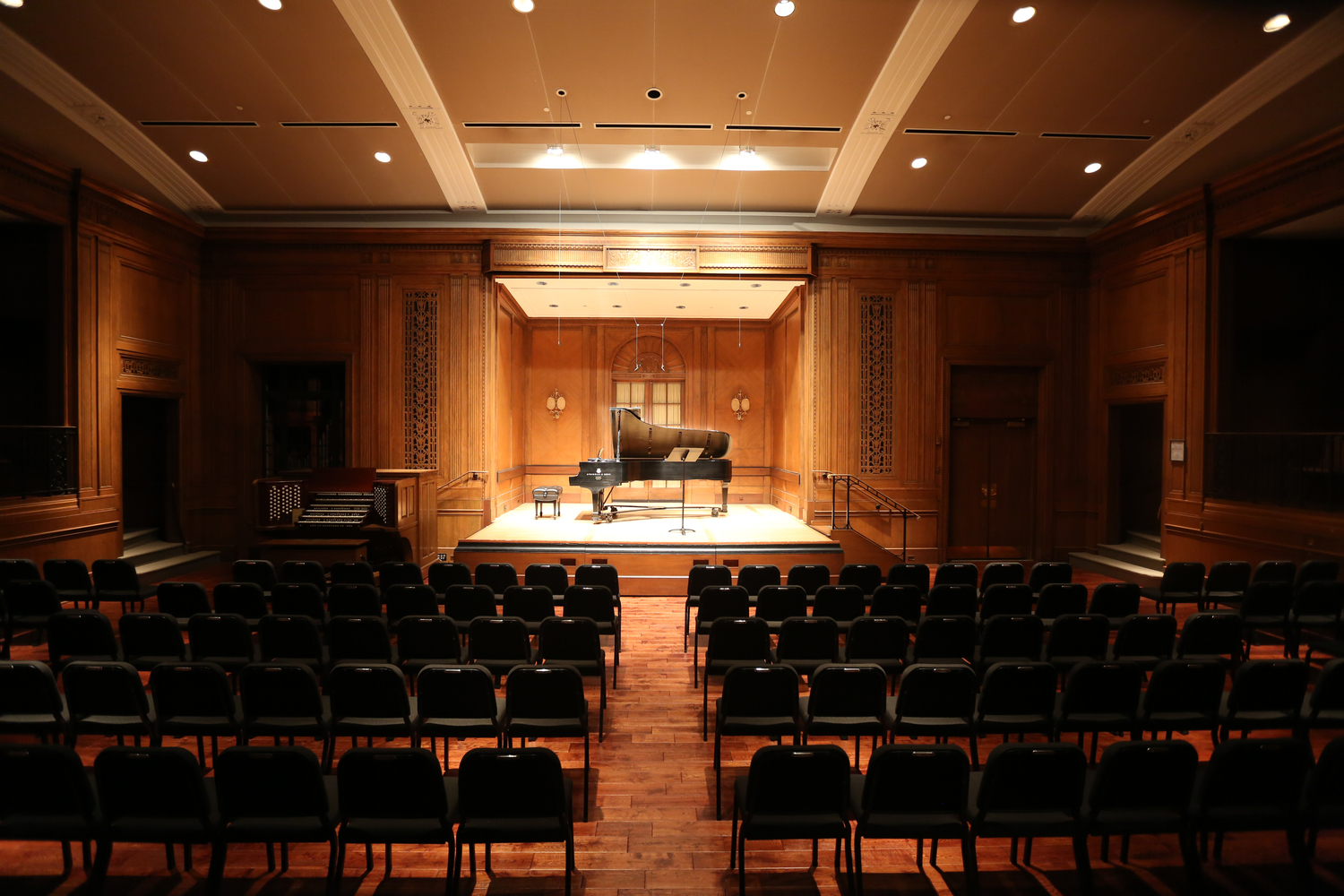 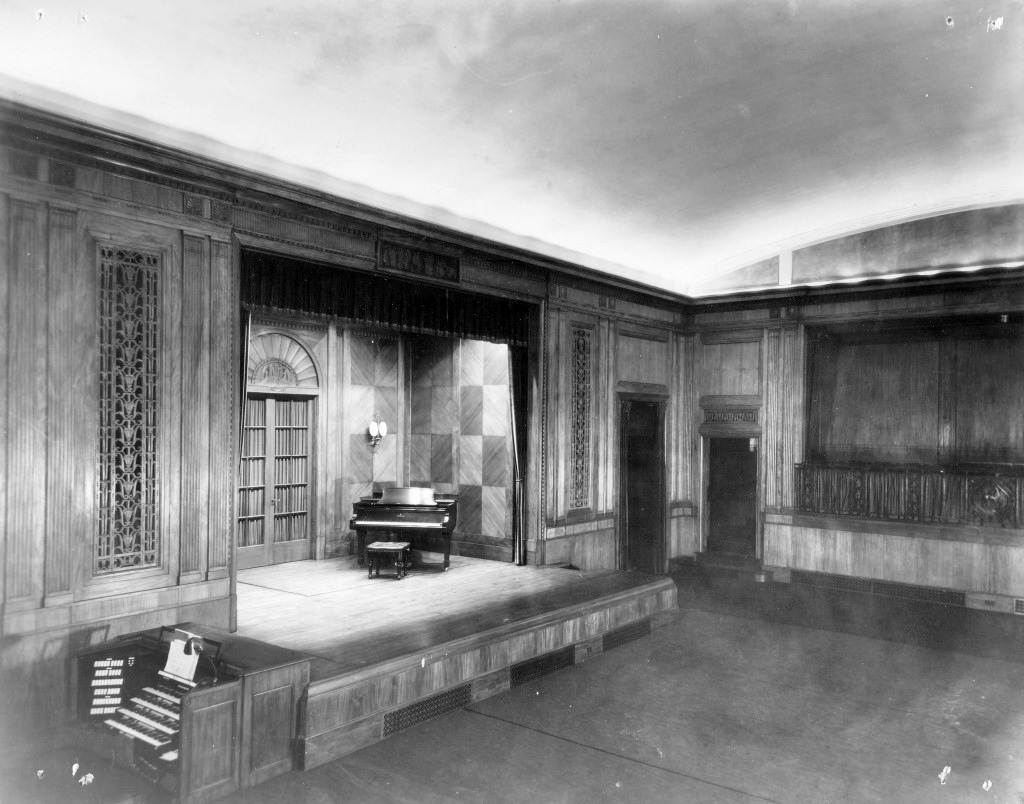 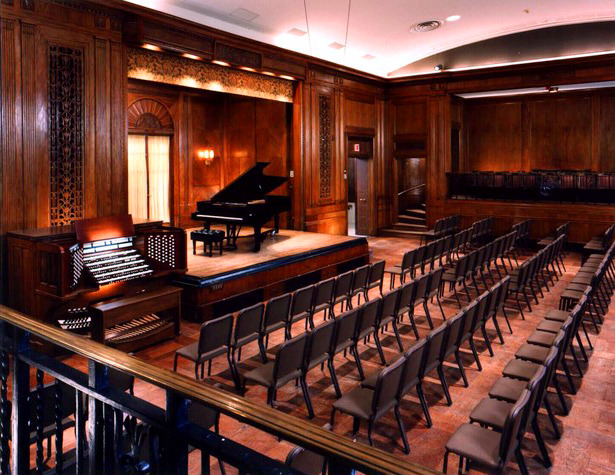 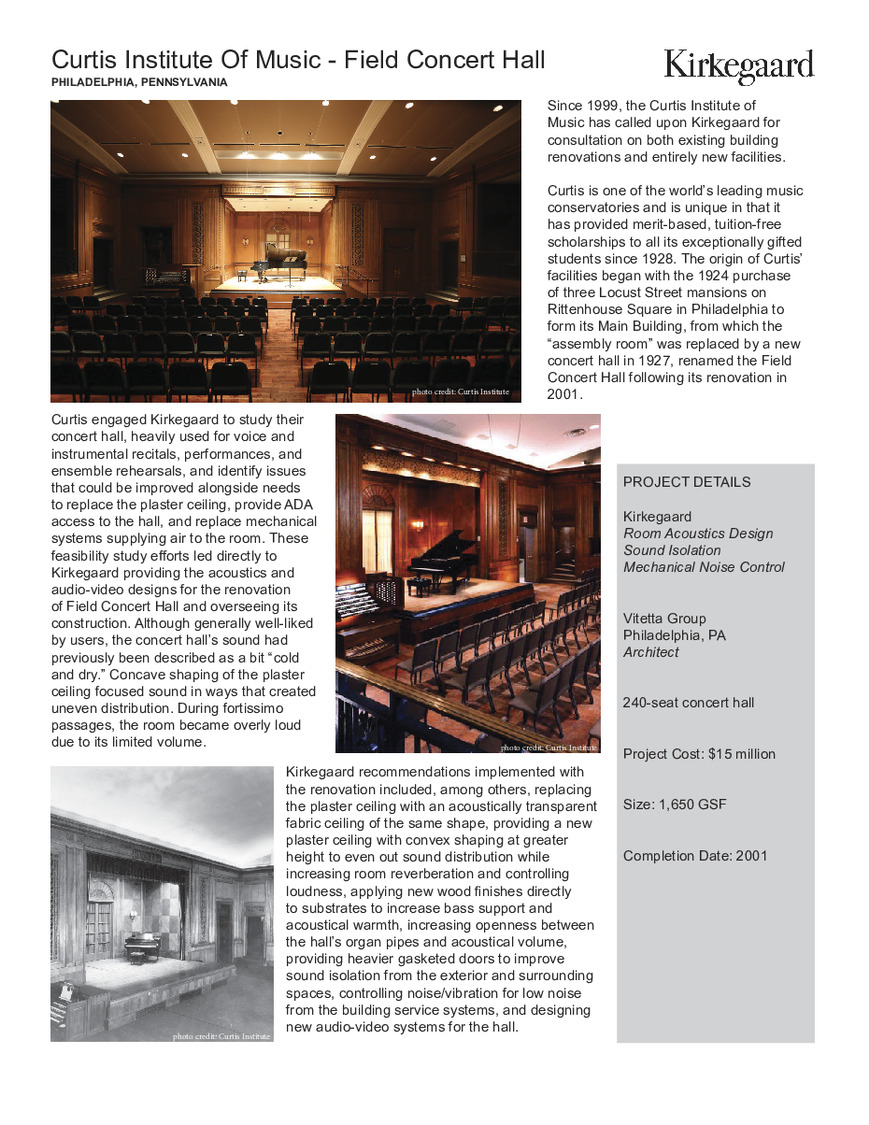