By Leslie Williams|2022-05-06T16:48:58-06:00July 12th, 2018|Awards, Education, Higher Education, LEED Sustainable, Projects|
This transformative project finally gives DePaul's School of Music a facility that matches the quality of its faculty and students. The first phase is the Holtschneider Performance Center, a new 144,000 gsf music building with a unique 505-seat concert hall at its heart. A soaring central atrium welcomes outsiders, giving students a place to study and acting as the lobby to the concert hall, two recital halls, and a jazz rehearsal/performance hall. The building includes large rehearsal rooms for orchestra, band, choir, and percussion, and numerous smaller rehearsal and practice spaces. A recording suite can also capture recordings from each performance space. Percussion studios, a dozen classrooms and underground parking round out the facility. In a second phase of construction, the new 160-seat Jarvis opera house was created within the shell of the 1950 church that long served as DePaul’s concert hall. A future third phase has been designed as a thorough renovation of the 1960 music building, to the north of the Holtschneider, that continues to house the teaching studios and administrative offices and most of the teaching studios. The Gannon Concert Hall was designed specifically to take the full acoustic output of a symphony orchestra, provide ample reverberation for a chorus, and still remain acoustically intimate for recitals. Its single balcony and low side arms draw audience and performer together, with few seats under overhangs. For ample liveness without excessive loudness, the room is a full four stories tall. A massive plaster reflector covers half the hall, providing excellent communication on stage and critical first reflections to the audience. The open area around the reflector allows the volume above the reflector to be fully integrated with the volume below, while extensive banners in the upper volume and curtains in the lower modify the liveness and acoustic character of the room to match each performance. The 140-seat Allen Recital Hall is also unusually tall, combining clarity and reverberance. The 80-seat Brennan Family Recital Hall is specifically designed for master classes, with an emphasis on clarity. The 75-seat Corboy Jazz Hall is dedicated to jazz rehearsal and performance and was specifically designed to be used for making recordings. All major rooms and classrooms are equipped with high-quality audio and video systems for playback of sound and video. In the performance halls, the systems also support live amplification for performances that want it. In the performance and rehearsal halls, archival recordings are easily made by any user. Professional-level recordings can be made in the performance halls or in a recording suite that offers a double-height live room with an isolation booth and two control rooms for recording, mixing, and mastering. With such an extensive program on a tight urban site, the building had to be tightly packed. Heavy concrete structure, resiliently supported room surfaces, secondary glazing systems, and thoughtfully located isolation joints maintain excellent isolation throughout the building, even with parking directly below. A single massive air handling unit in the penthouse conditions the entire building efficiently and quietly.
Project Details
Audiovisual Systems Design
Mechanical Noise Control
Room Acoustics Design
Sound Isolation
Antunovich Associates, Chicago IL, Architect
Schuler Shook, Chicago IL, Theatre Consultant
185,000 GSF including parking garage
505-seat Mary Patricia Gannon Concert Hall, 140-seat Murray and Michele Allen Recital Hall, 80-seat Brennan Family Recital Hall, 75-seat Mary A. Dempsey and Philip H. Corboy Jazz Hall
$98,000,000 - Phase 1
Chicago
IL
2019 Chicago Building Congress Merit Award for New Construction over $55M LEED Silver Certified 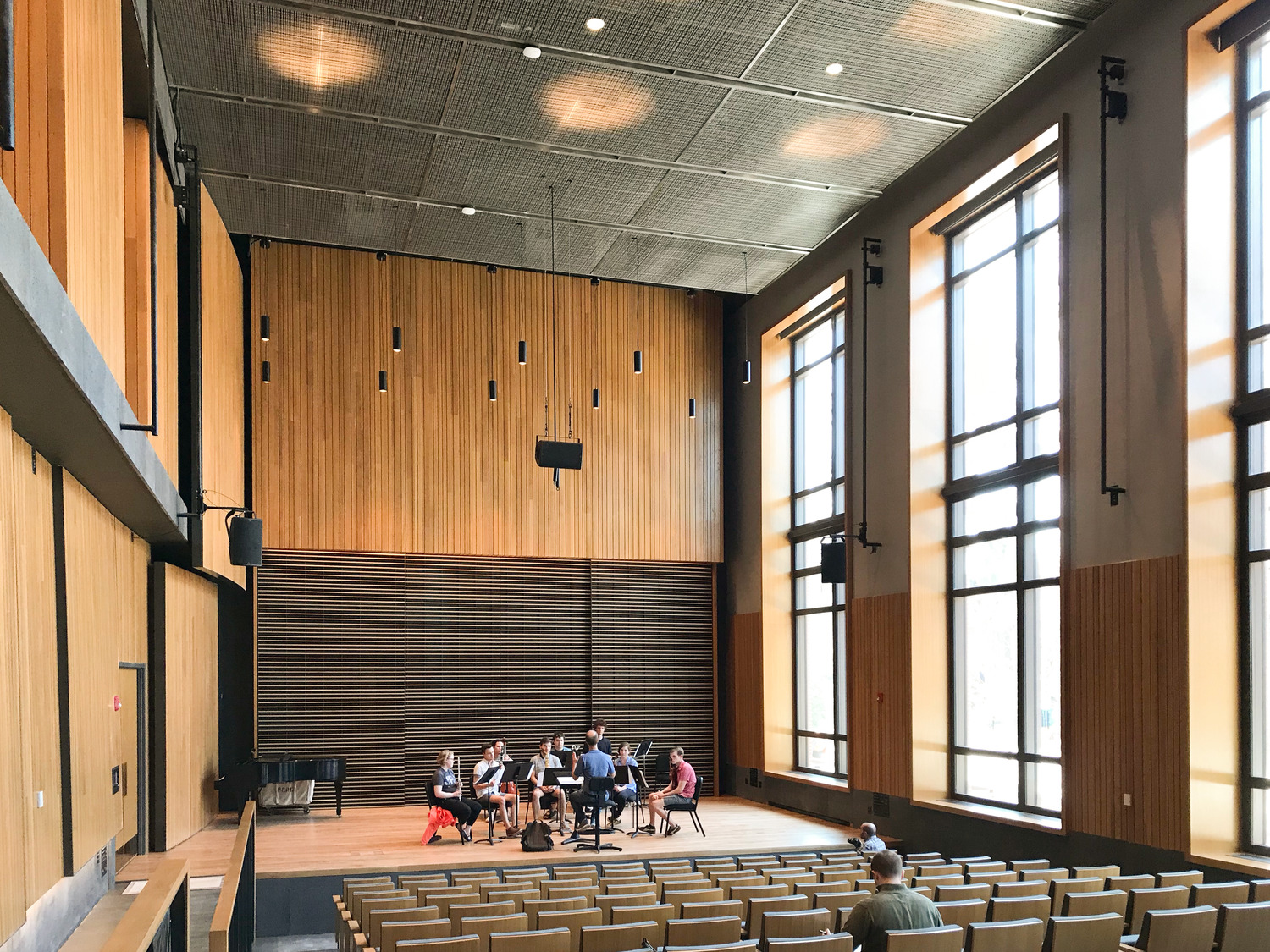 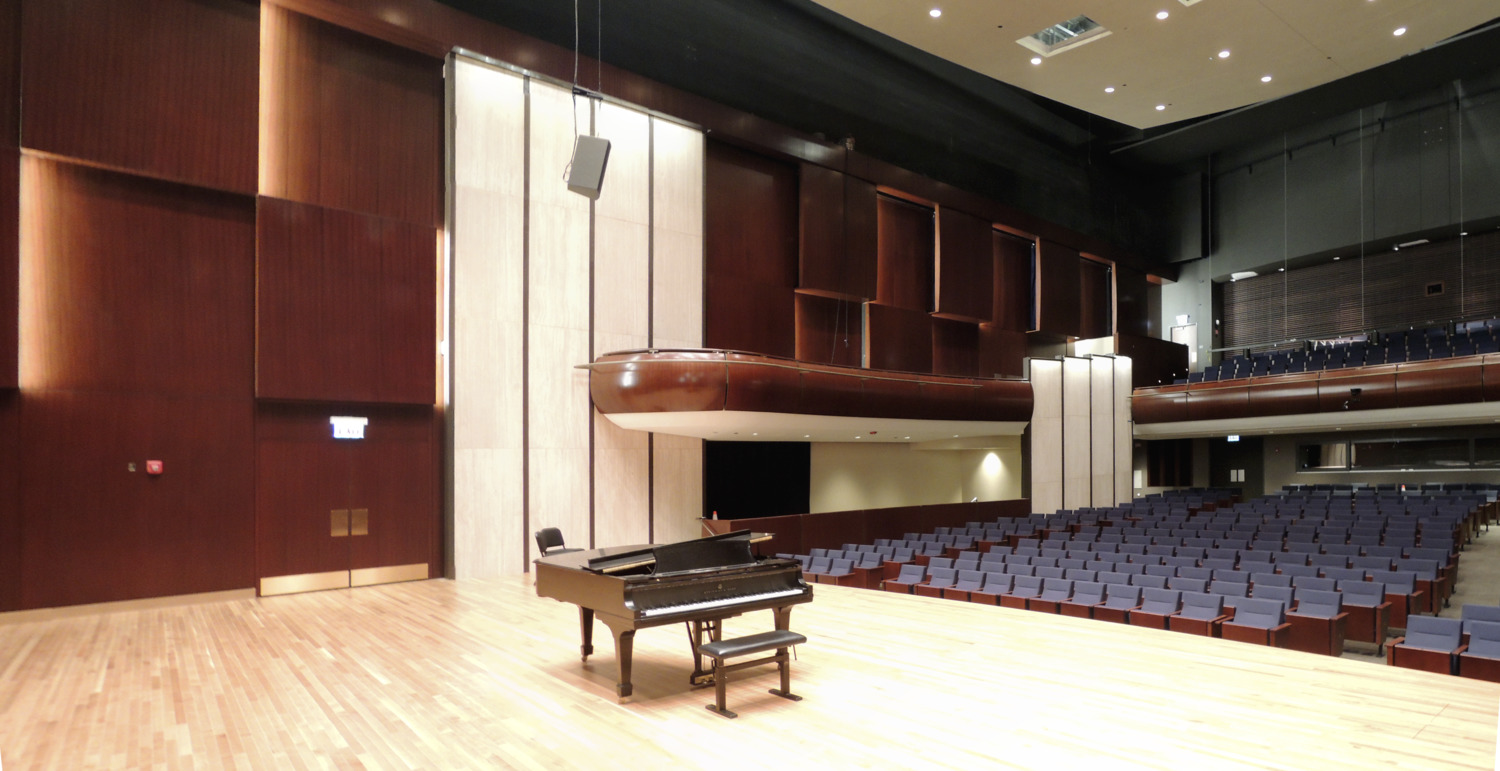 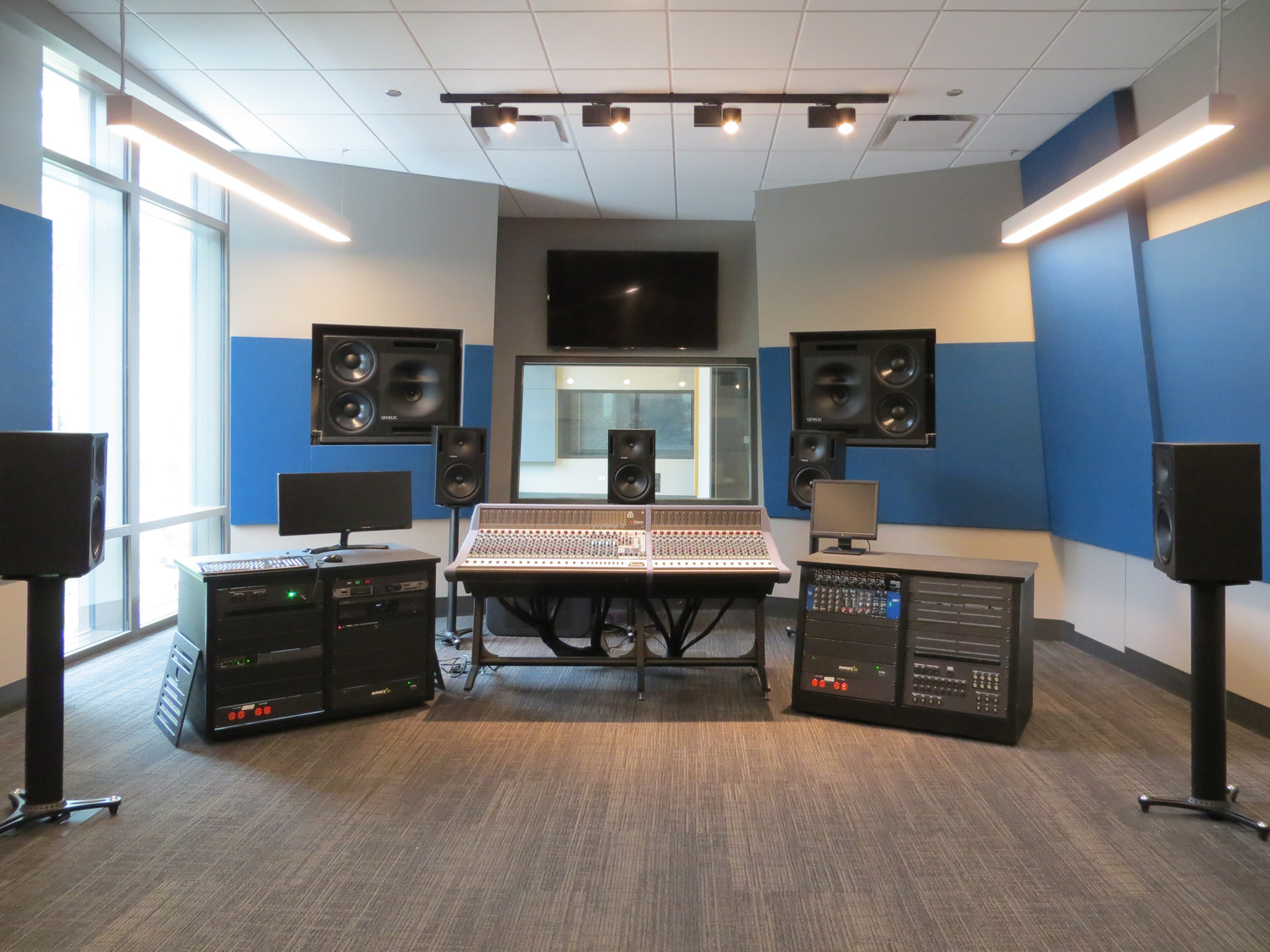 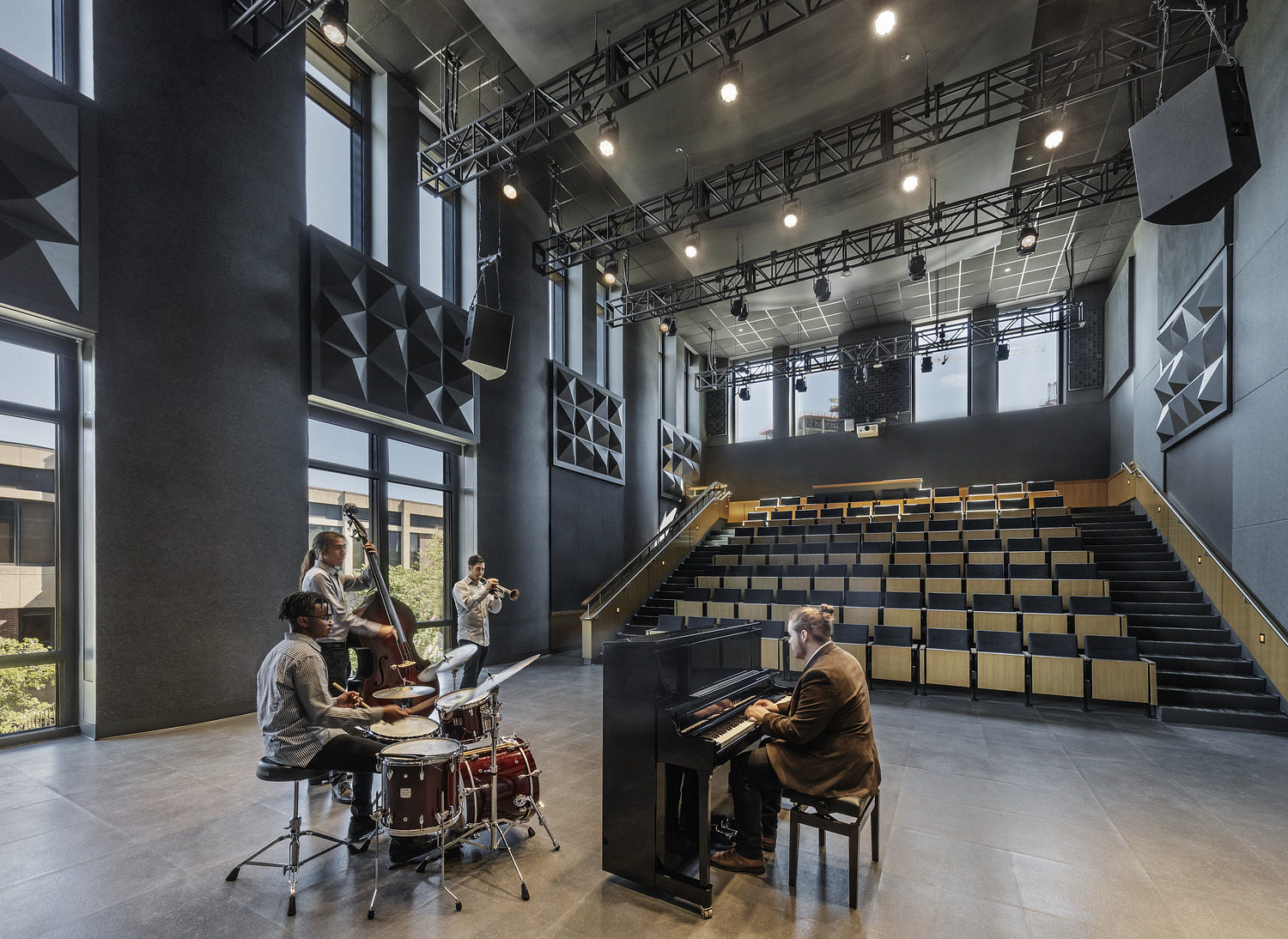 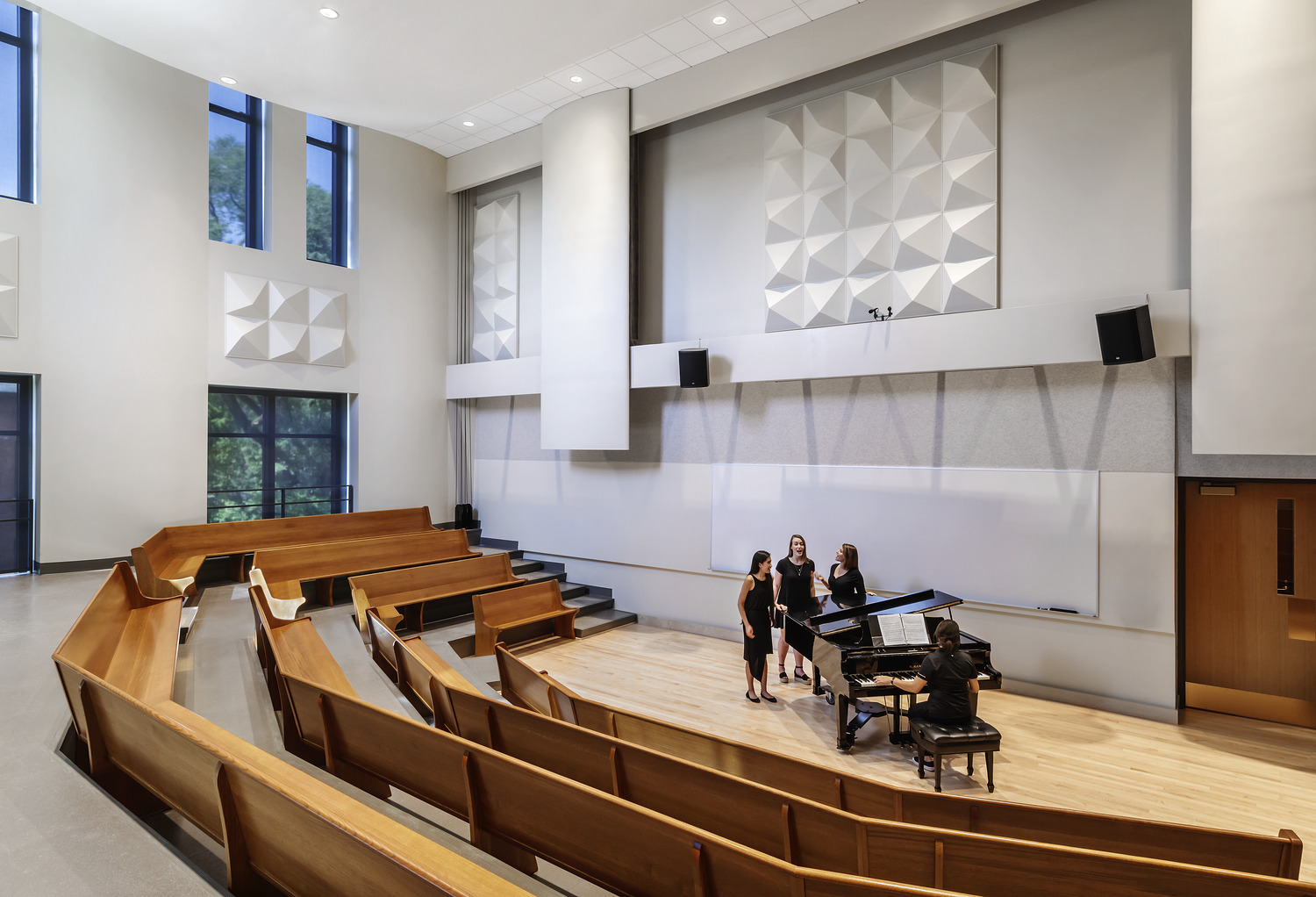 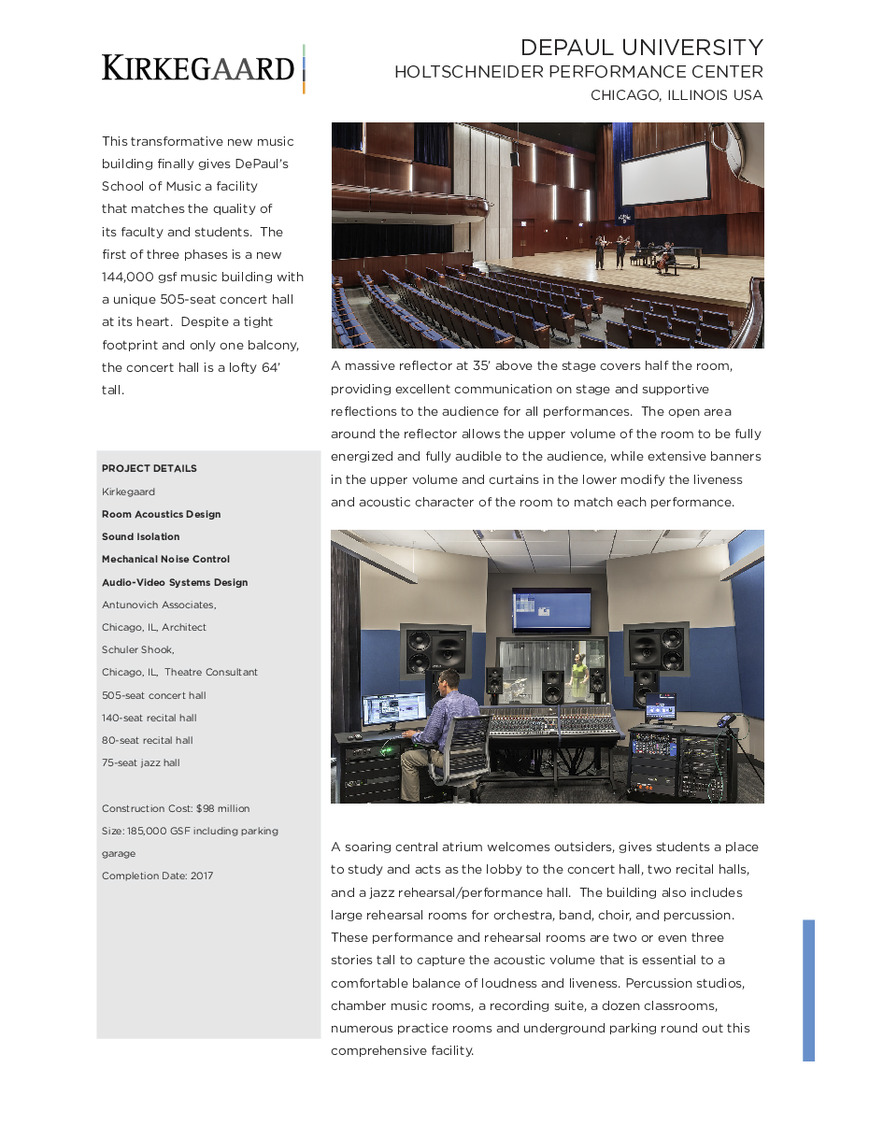 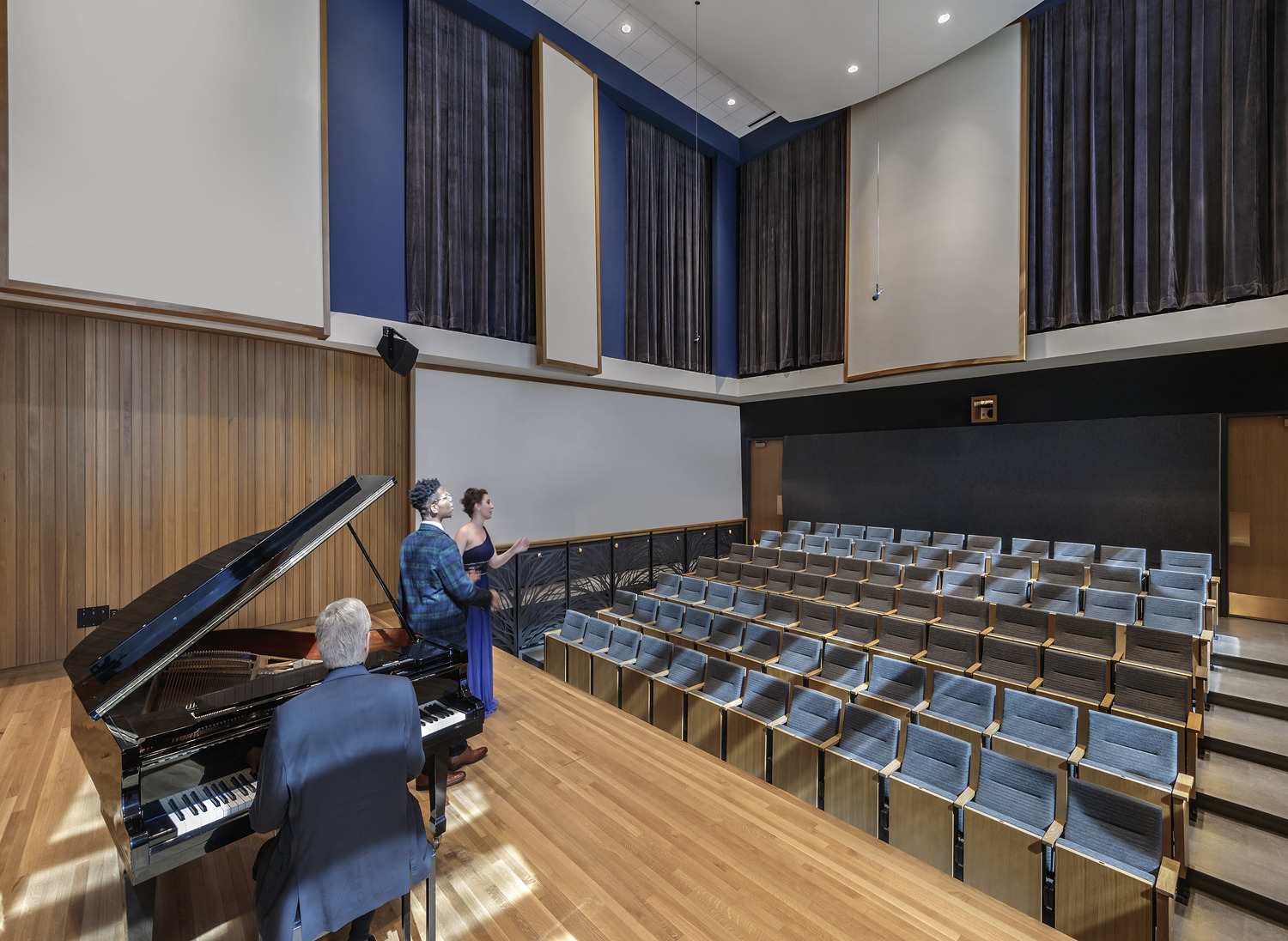 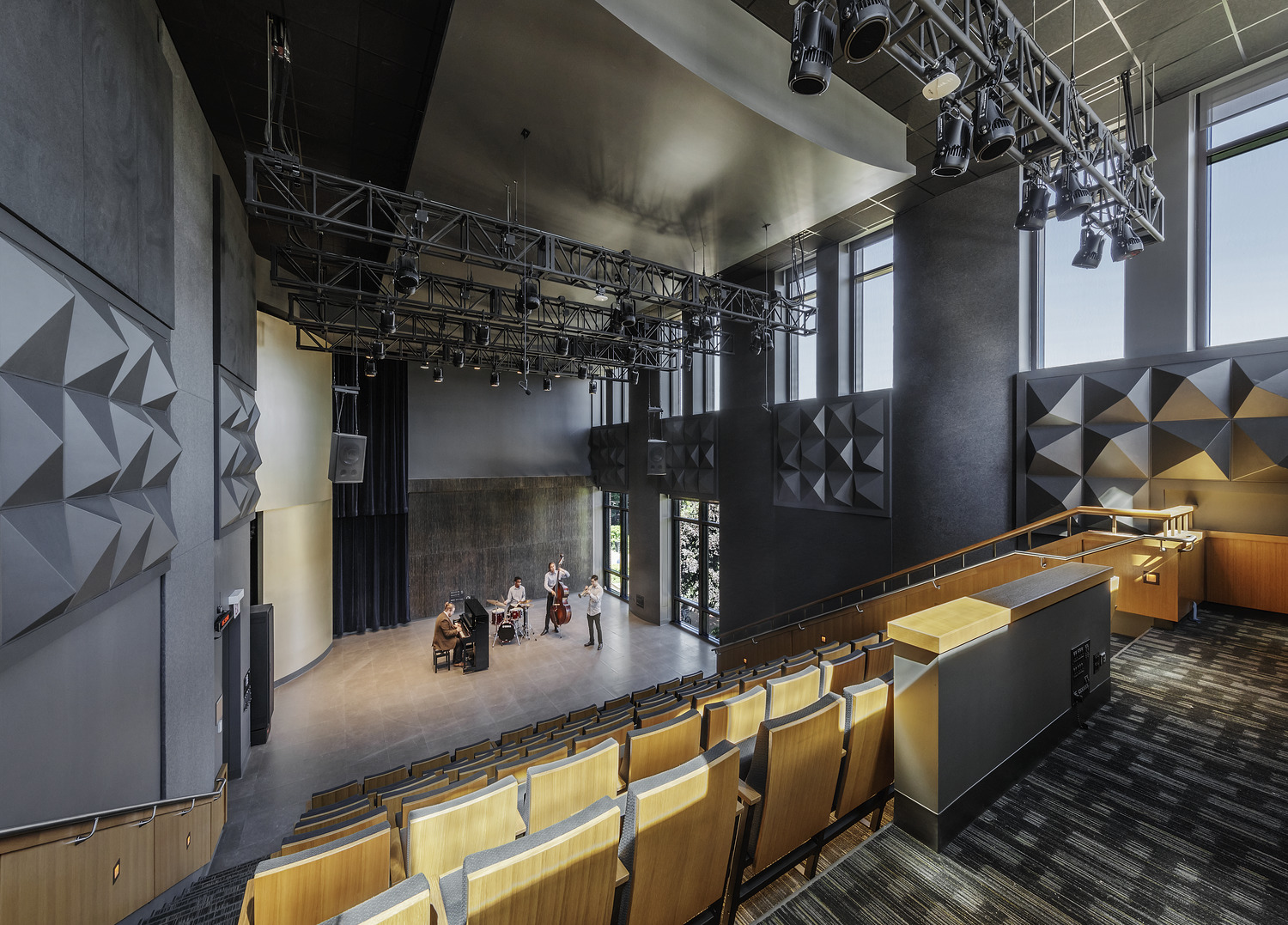 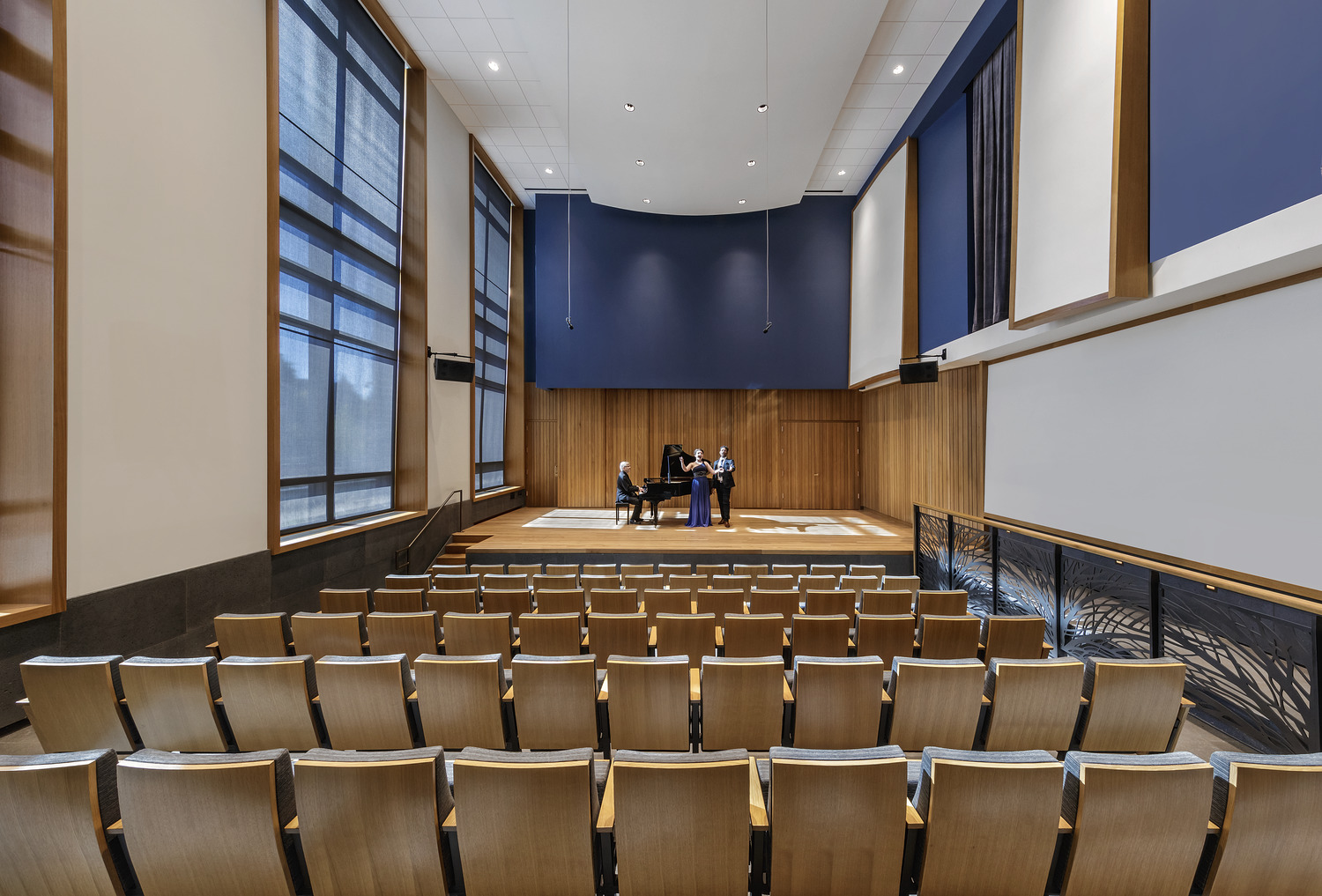