Eastern Connecticut State University Fine Arts Instructional Center (FAIC) in Willimantic, Connecticut is the new home to the Performing Arts Department and Visual Arts Department offering 118,000 square feet of instructional, rehearsal and performance spaces. The jewel of the project is the Concert Hall/Auditorium which serves both the University and the community for a wide variety of events, from unamplified instrumental and choral ensembles to amplified events, lectures, presentations, and University functions. The room’s retractable curtains and banners located behind the handsome acoustically transparent metal mesh walls allows the acoustic character of the room to be customized for each type of event.

For excellent sound and vibration isolation, the main performance venues and rehearsal rooms are each surrounded by a structural isolation joint, with only limited connections at major structural beams. Double sets of custom sliding doors allow patrons to flow easily into the performance venues before and after events, while providing high isolation during events. Heavy floor, ceiling and wall constructions throughout the building are critical to the simultaneous functioning of spaces within the building.

All three main performance spaces include elaborate audio and video systems and connections to support frequent as well as highly-individual events. The Concert Hall/Auditorium and Proscenium Theatre both include large video projection systems with surround-sound audio, sophisticated digital audio mixers, and very high quality loudspeaker systems. A powerful recording system can record performances in either space or be used for mixing and mastering of pre-recorded tracks. Remote-controlled microphone reelers in the Concert Hall/Auditorium can raise, lower or position microphones to optimal recording locations. Video projection and audio playback systems are also included in more than 20 other spaces in the building, including rehearsal rooms, art studios, theatre teaching spaces, and classrooms. All performance spaces are linked to the extensive backstage support areas including shops, dressing rooms and offices. 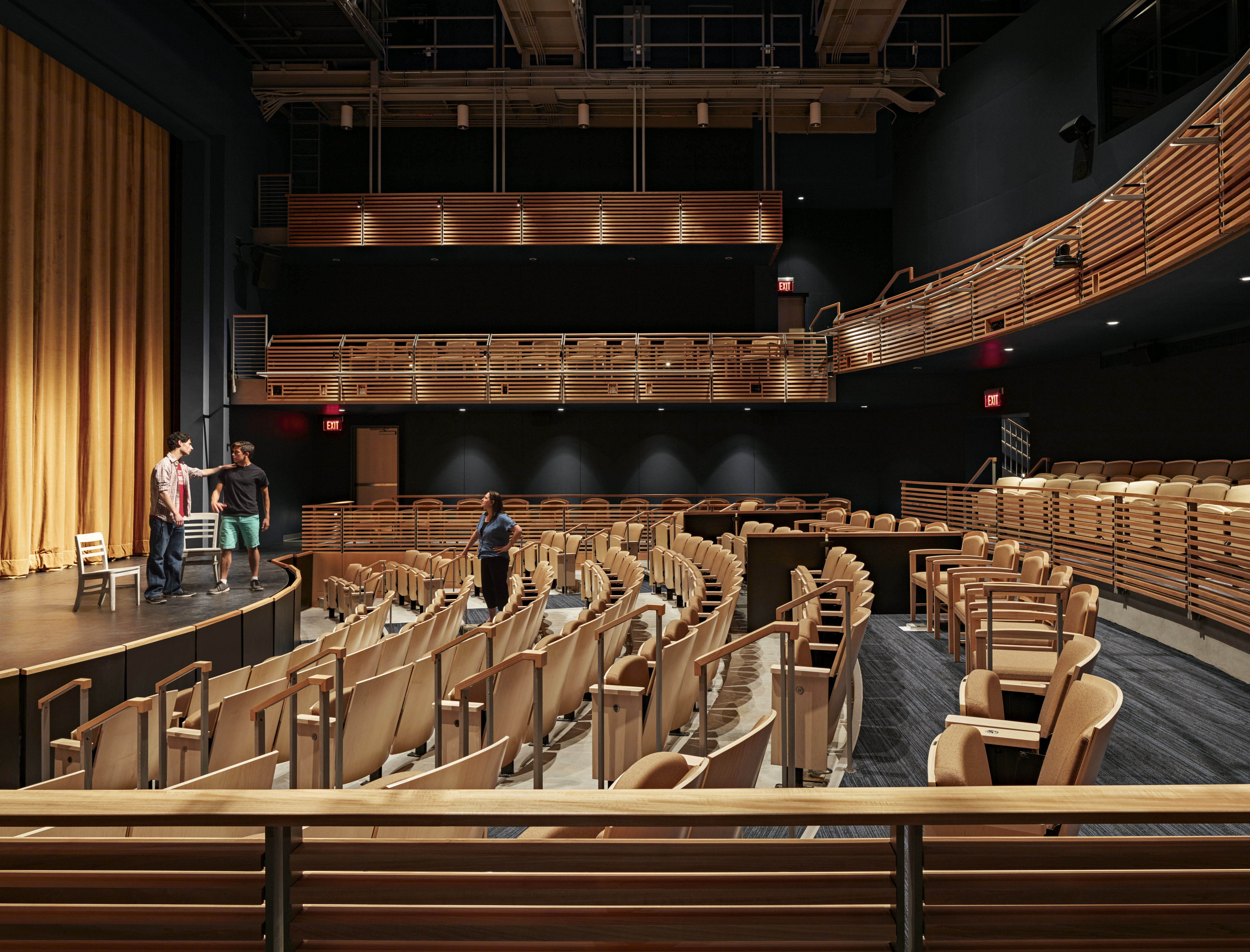