By Leslie Williams|2022-05-11T20:48:48-06:00June 18th, 2009|Civic, Museums, Projects|
Room acoustics, mechanical noise, and audio-video systems consulting services for this new 64,000 gsf facility. The building features a 270-seat lecture hall, library, computer center, meeting rooms, and presentation spaces. At the heart of the museum is an immersive multimedia tour tracing the history of the holocaust. This permanent exhibit features over 30 video and multimedia exhibit stations, including panoramic projection. Located adjacent to the Edens Expressway, exterior isolation has been designed to prevent freeway noise from reaching the quiet, introspective spaces within. The AV design for the museum included highly-reliable video servers to provide content to the many video panels and several video projectors in the permanent exhibition. The permanent exhibit begins and ends with short film presentations for which there is projected video and surround sound. For the opening film, a new loudspeaker model was developed to allow the audio to be transmitted through a screen only a few inches away from the wall and at an elevation above the viewers. Also included in the project is a highly capable AV system for the small auditorium, systems in classroom and meeting spaces, and a large meeting space with dual video projection systems. In the Youth Exhibition there is a high-quality AV system with surround sound which helps create the immersive experience of a real-time interaction about resisting bullying. The acoustic design for the museum included detailed specifications for the walls and windows which would face the adjacent Edens Expressway. Another challenge was to work within the architectural concept of a square space for the auditorium to control reverberation and make the space intimate for lectures, discussions, and film showings while still being supportive for small musical performances. A further challenge was to work with the rather cavernous and industrial exhibit spaces to minimize ambient sound bleed from one area to the next and make the experience of video testimonials more intimate.
Project Details
Audiovisual Systems Design
Mechanical Noise Control
Room Acoustics Design
Sound Isolation
Tigerman & McCurry, Architect, Chicago, IL
Schuler Shook, Theatre Consultant, Chicago, IL
63,510 gsf
270-seat auditorium
$30,000,000
Skokie
IL 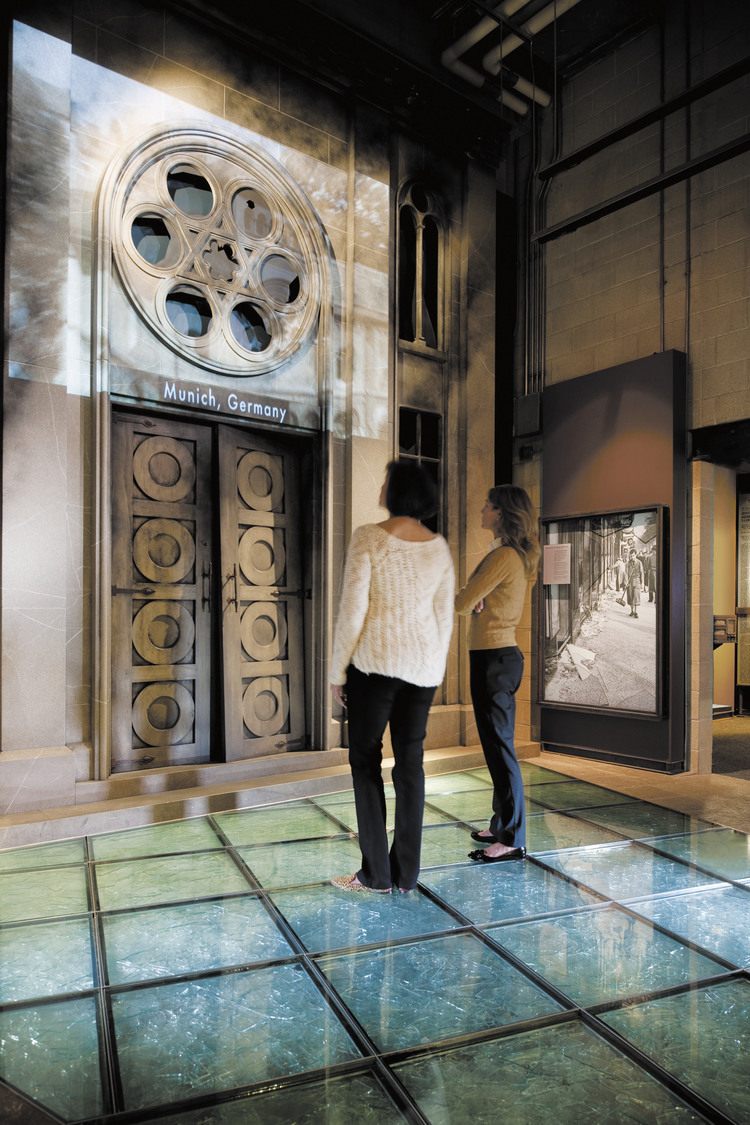 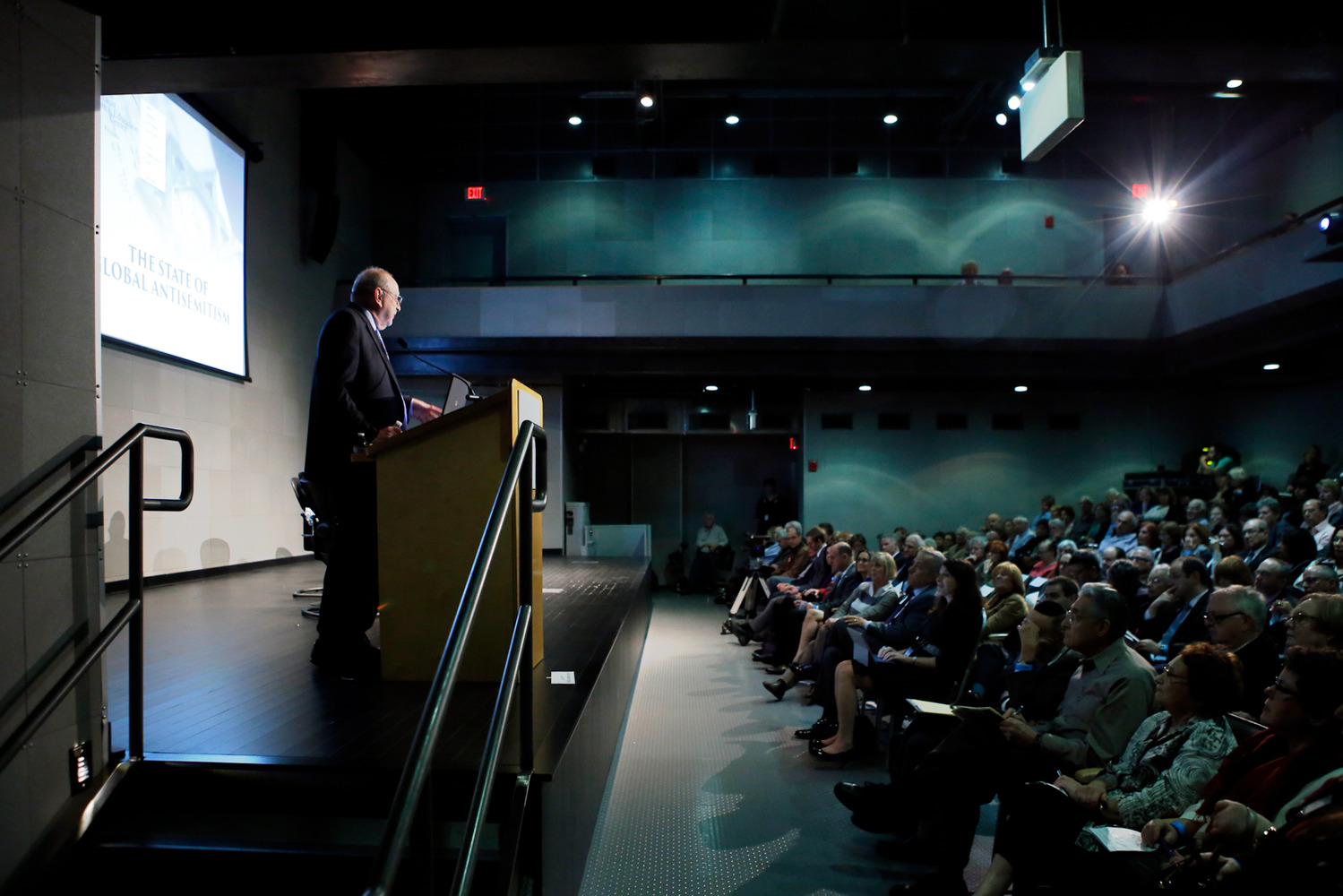 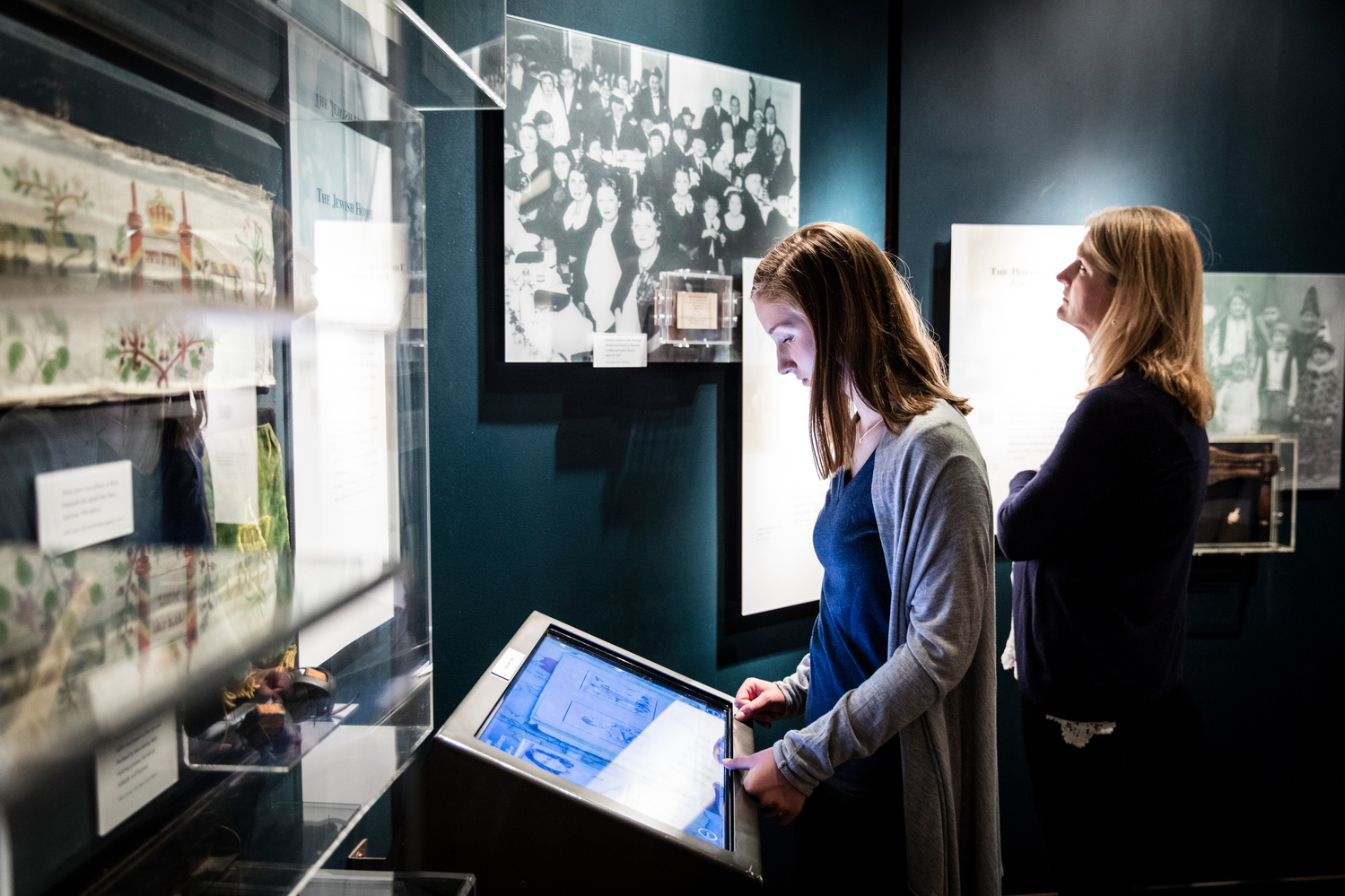 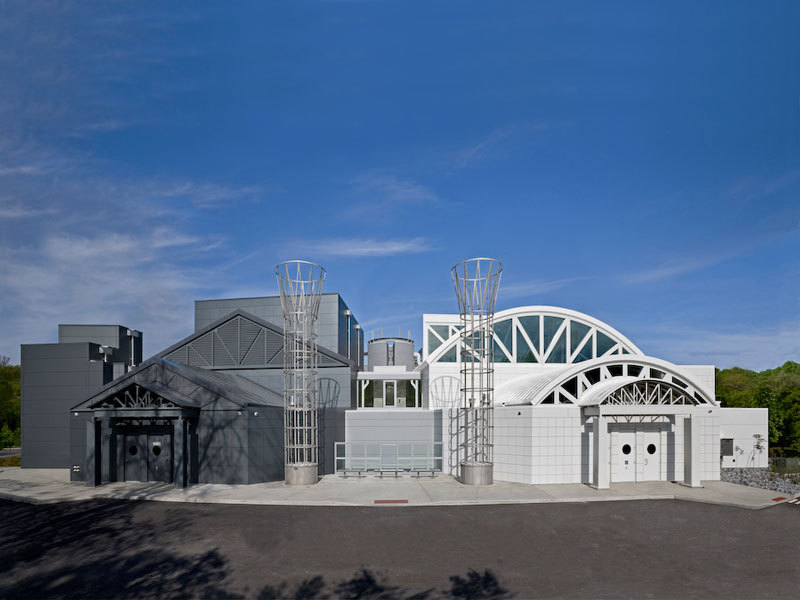 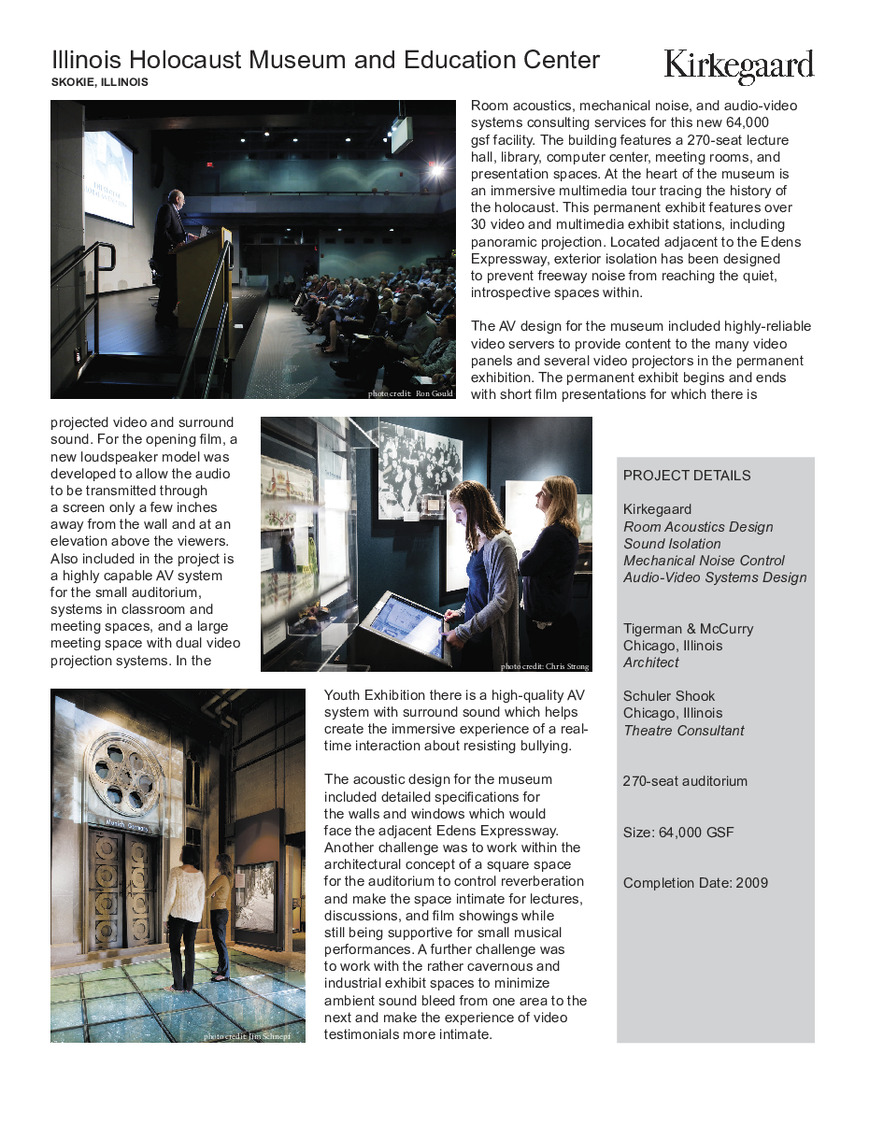