The Baltimore Symphony Orchestra’s Meyerhoff Hall was constructed in 1982 and opened to generally favorable reviews. Over the ensuing years, however, persistent complaints emerged regarding excessive loudness onstage, poor ensemble conditions, and harshness of sound in the orchestra level seating. A five phase renovation was developed to address these conditions as well as update technical systems within the hall. Renovation work was completed in September 2001.

The centerpiece of the project involves changes to the stage and stage surround. A new reflector array has been installed above the stage, in conjunction with alterations to the original ceiling. The average reflector size is 5’-9” square with a 22’-0” radius spherical curvature. The reflectors are suspended in rows from battens, and each reflector is individually adjustable for pan and tilt. The overall curvature of the array can be tuned by adjusting reflector tilt and batten height.

An orchestra riser system has been installed to address ensemble conditions by improving access to direct sound across the stage and to introduce line-of-sight visual contact between musicians. The risers also increase projection of direct sound to the audience, along with new short delay reflections from the canopy that improve both clarity and intimacy. Visual presentation of the orchestra to the orchestra level audience is greatly improved by the risers, which have had a very positive effect on visual intimacy and audience/performer contact.

The stage wall surfaces, portions of which were operable and of relatively thin construction, have been entirely rebuilt of masonry construction to improve bass response. As well, wall surfaces at the orchestra level have been reshaped to reduce flutter related harshness. Echo control treatments have also been undertaken, and rear of house walls have been fitted with retractable banners for reverberation control and to attenuate reflections from amplified sources. 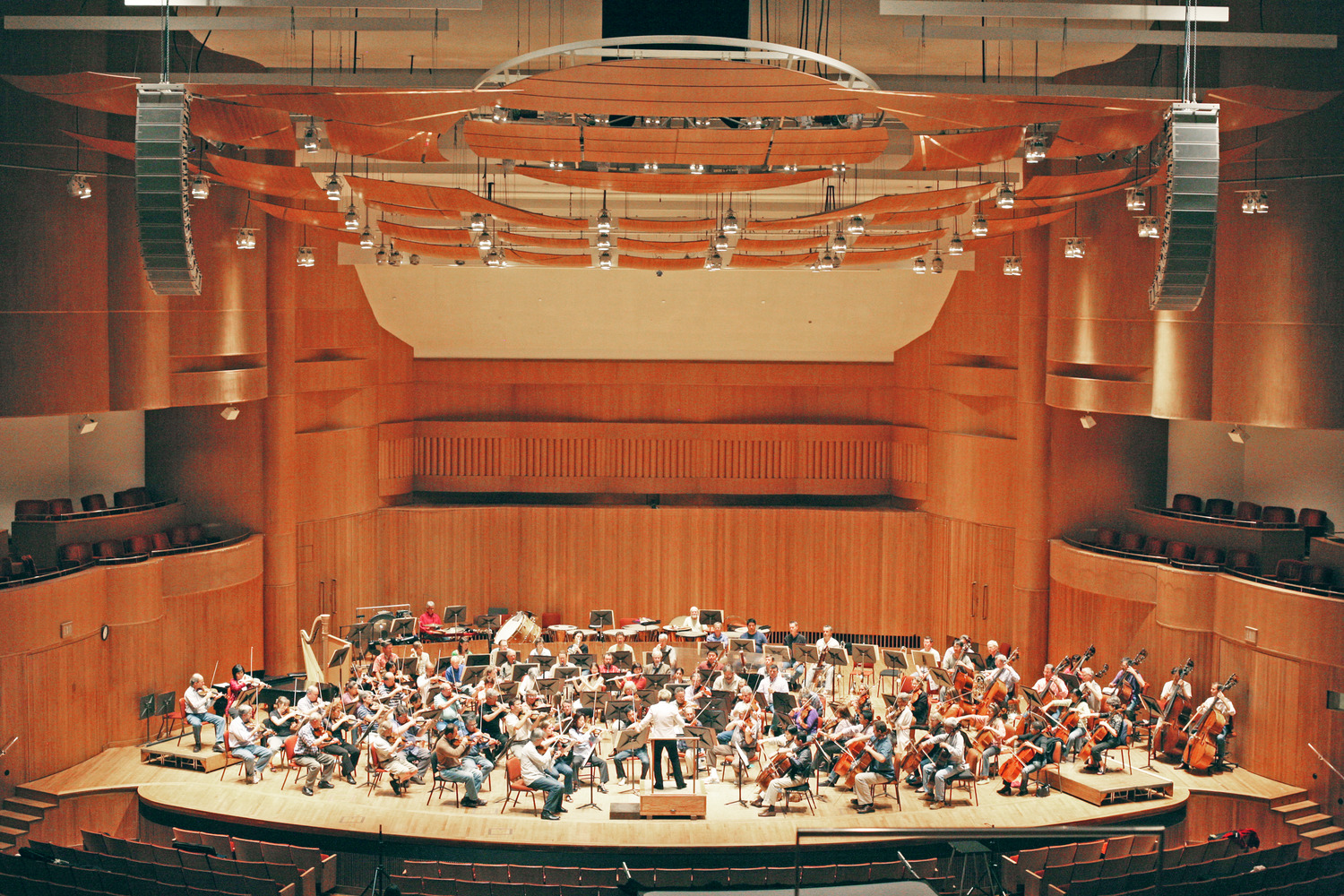 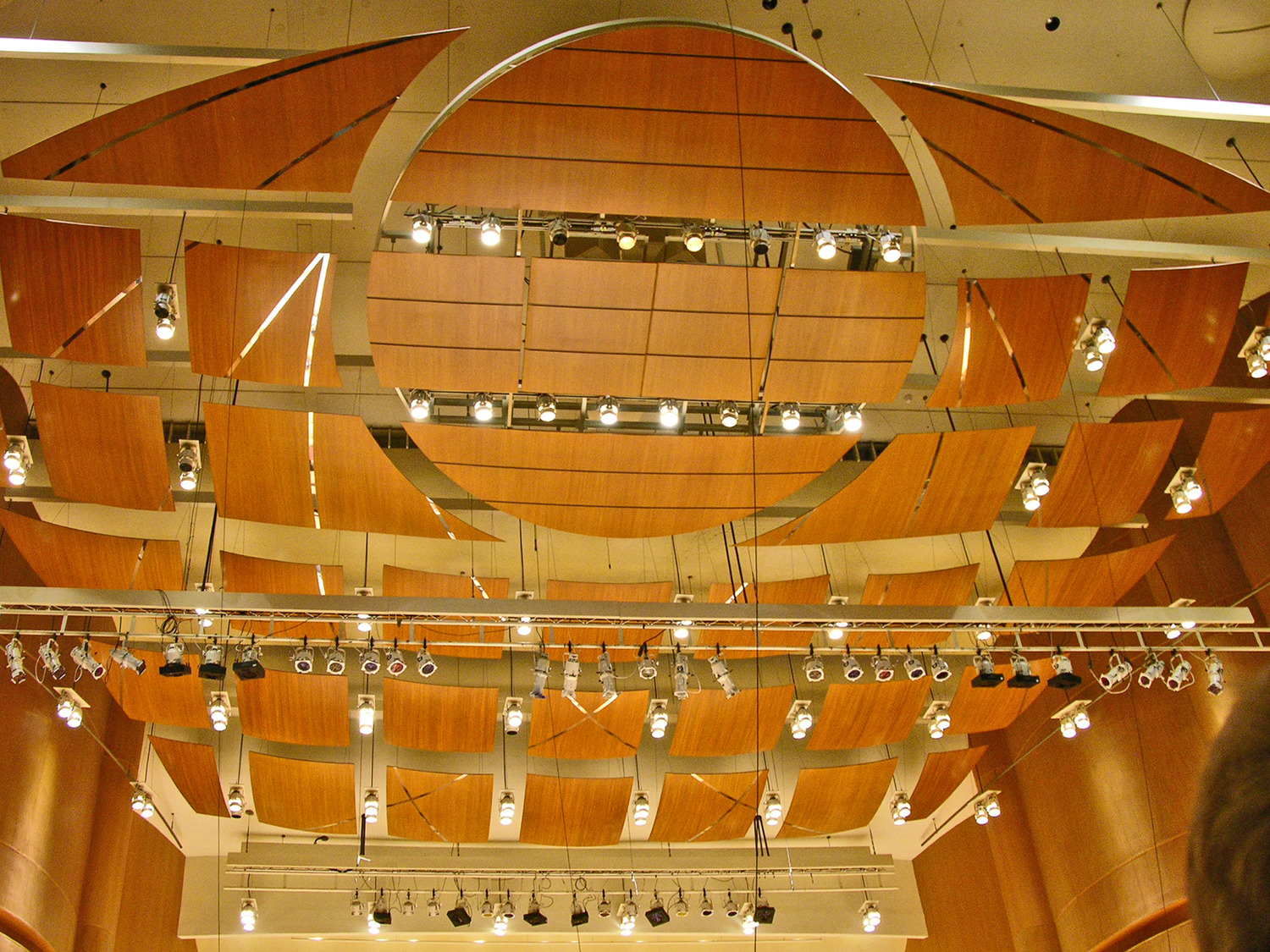 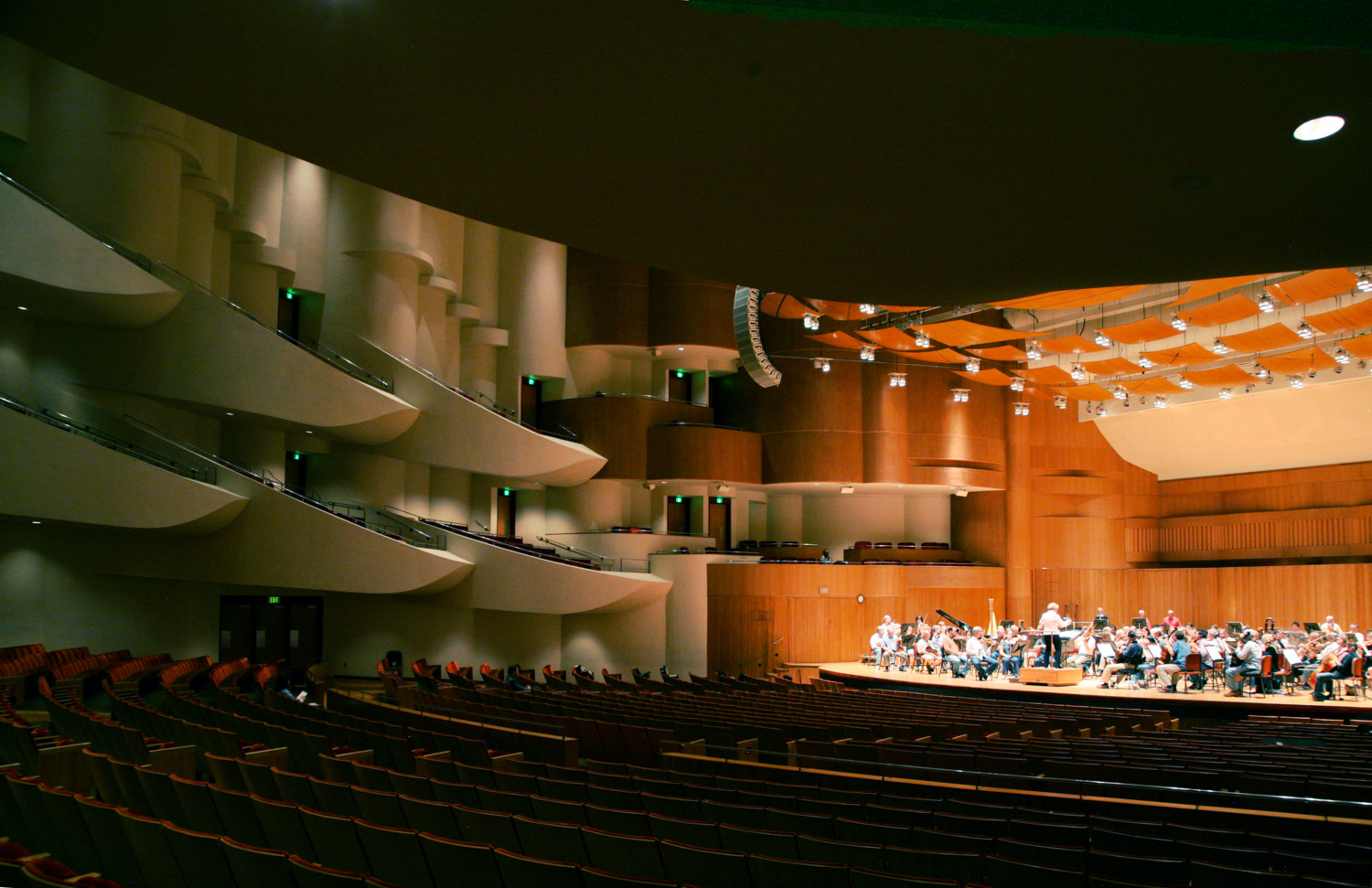 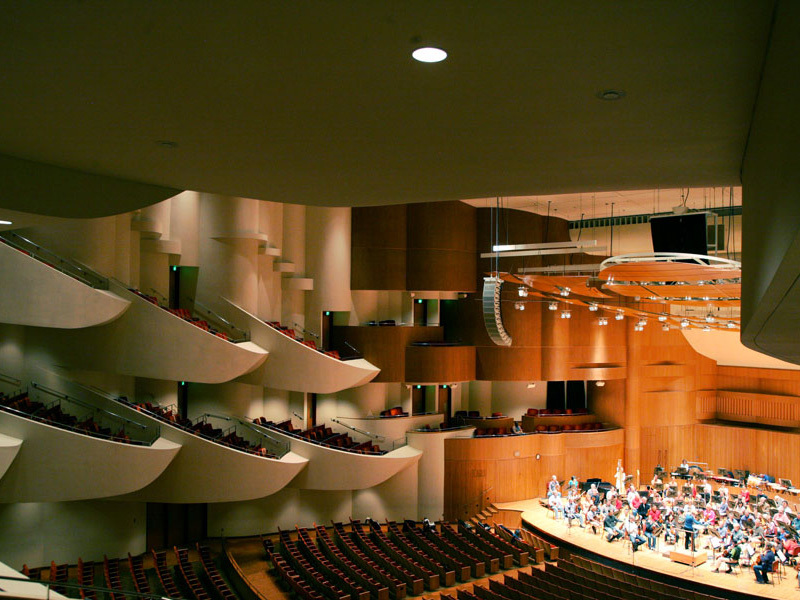 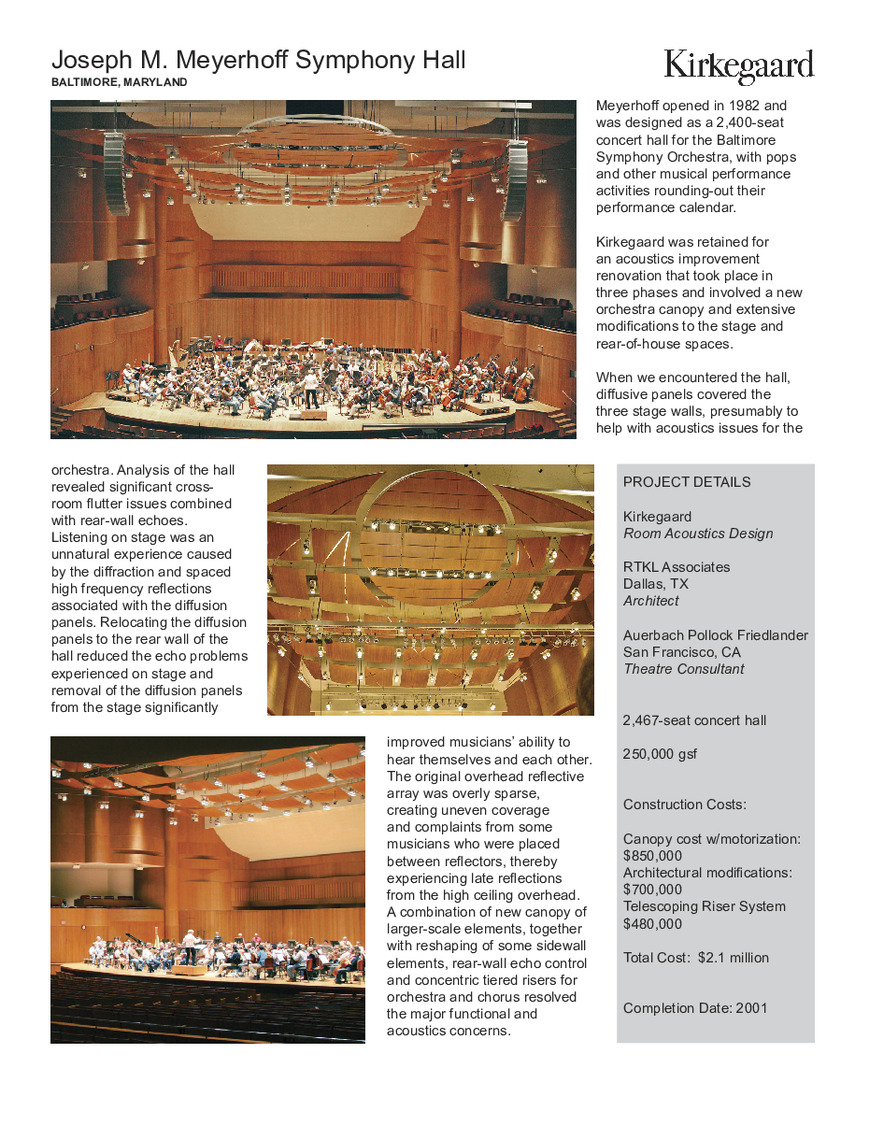