By Leslie Williams|2022-07-15T13:11:10-06:00June 18th, 2009|Arts, Concert Halls, Projects|
Kirkegaard was engaged to implement an acoustics remodeling program to correct longstanding acoustics challenges in this 2,900-seat concert hall. Interconnected problems created challenging conditions for both musicians and audience. During a pre-engagement assessment of the hall, a San Francisco Symphony trumpet player remarked that the violins were always late so he followed the baton without listening to them. Upon further observation, we realized that the sound was rising to the very high ceiling and being reflected to the rest of the orchestra very late in time, despite an array of clear reflectors overhead designed to reflect the violin sound without apparent delay. Further listening revealed that nearly all the reflectors were tilted to reflect the violin sound to the audience, causing the delays on stage. It was curious that the violins needed so much support, until we observed that the 90-degree corners formed by the entry doors ‘talked’ to each other across the hall. A flashlight beam that struck a bronze push-plate on one door traveled across the hall to the opposite door, and surprisingly, directly back to the stage. Main-floor audiences were receiving sound directly from both sides of the hall and sustained cross-room inter-reflections caused the strings to sound muddled. The overhead reflectors were re-focused to overcome the cross-room multiplicity of reflections instead of serving the orchestra. The $10 million remediation program included reshaping the stage; reconfiguration of the main-floor seating and walls, installation of permanent reflectors adjacent to the stage, and construction of a new, tune-able canopy and orchestra risers. Major reworking of the upper walls adjacent to the platform provided the quality of projection and clarity that was missing for the whole orchestra, transforming the hall to one of the five best in the U.S., as rated by the Berlin Philharmonic at the end of a U.S. tour.
Project Details
Audiovisual Systems Design
Mechanical Noise Control
Room Acoustics Design
Sound Isolation
Skidmore Owings & Merrill, Architect, San Francisco, CA
Auerbach Pollock Friedlander, Theatre Consultant, San Francisco, CA
250,000 gsf
2,739-seat auditorium
$18,500,000
San Francisco
CA 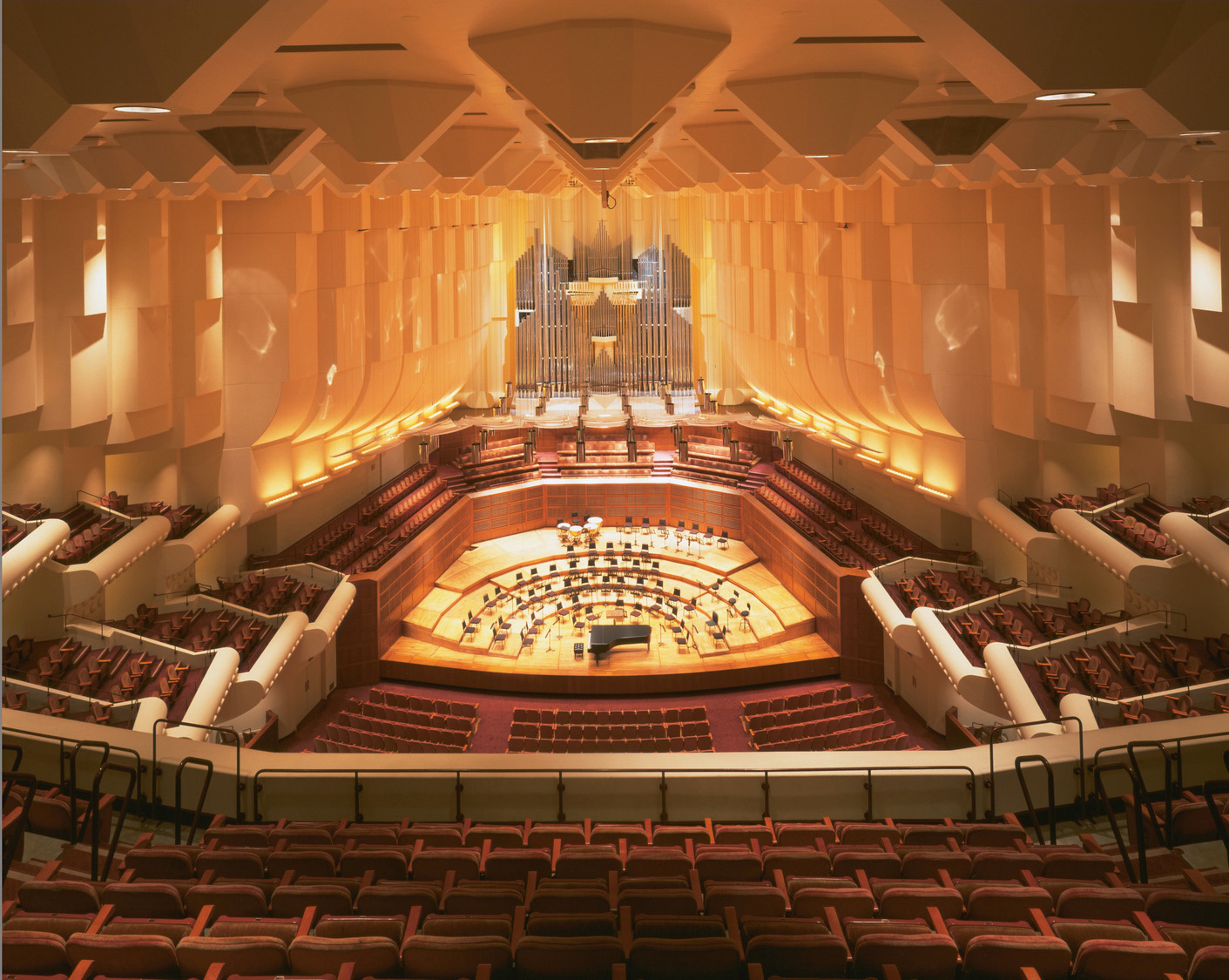 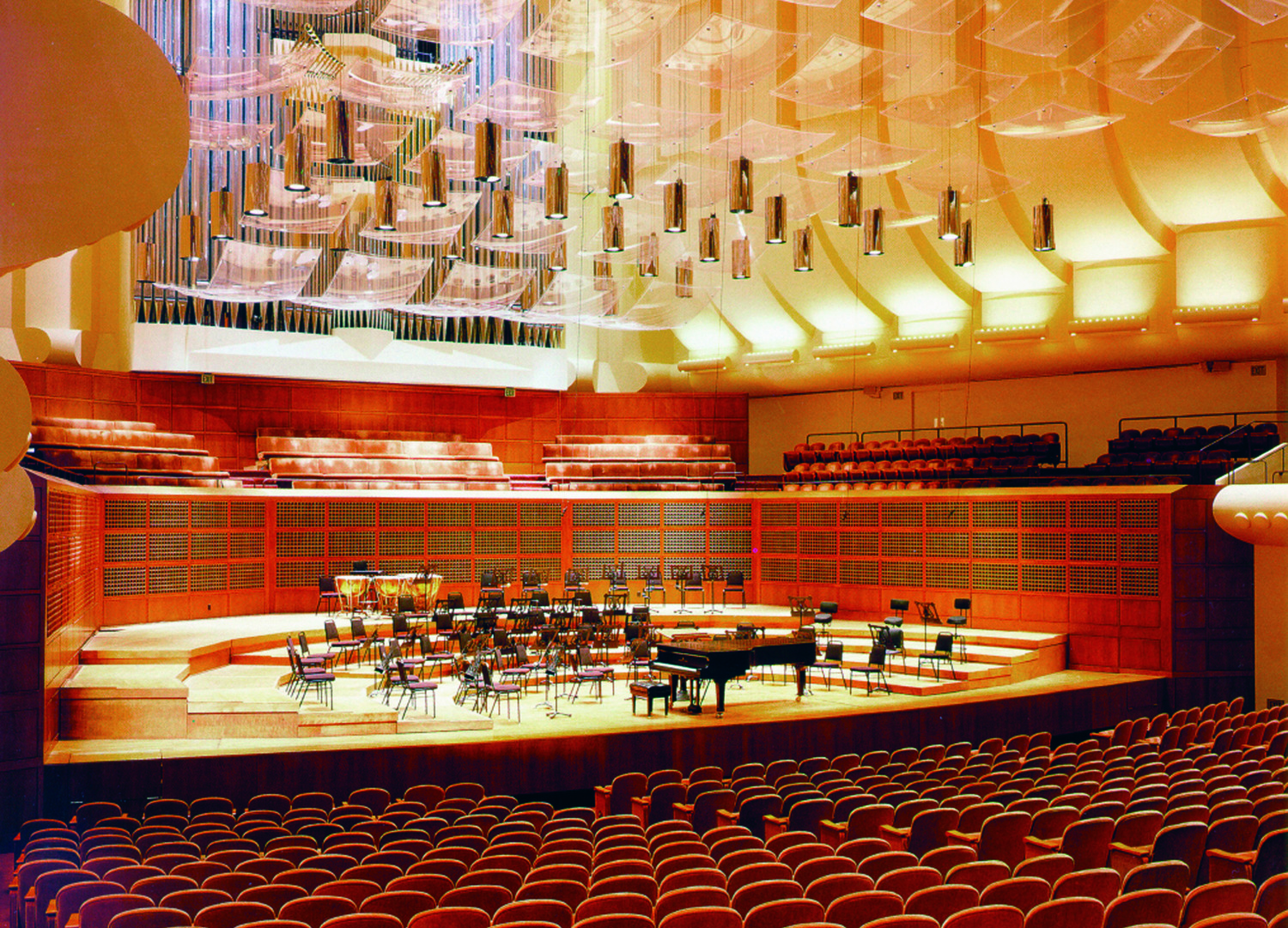 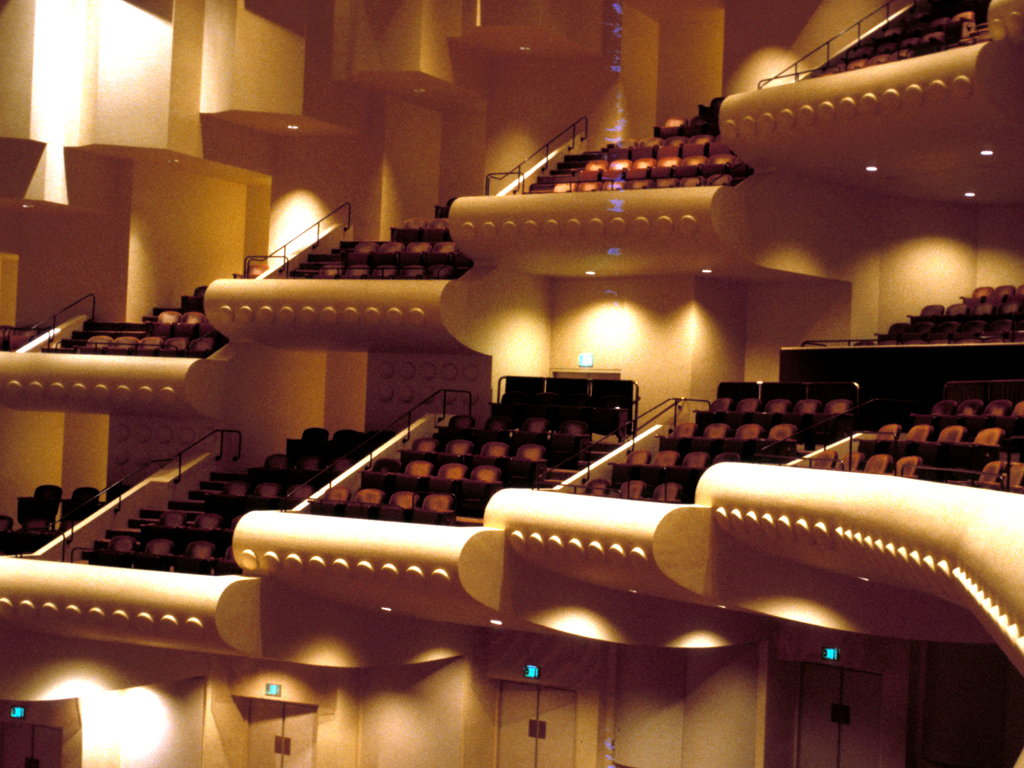 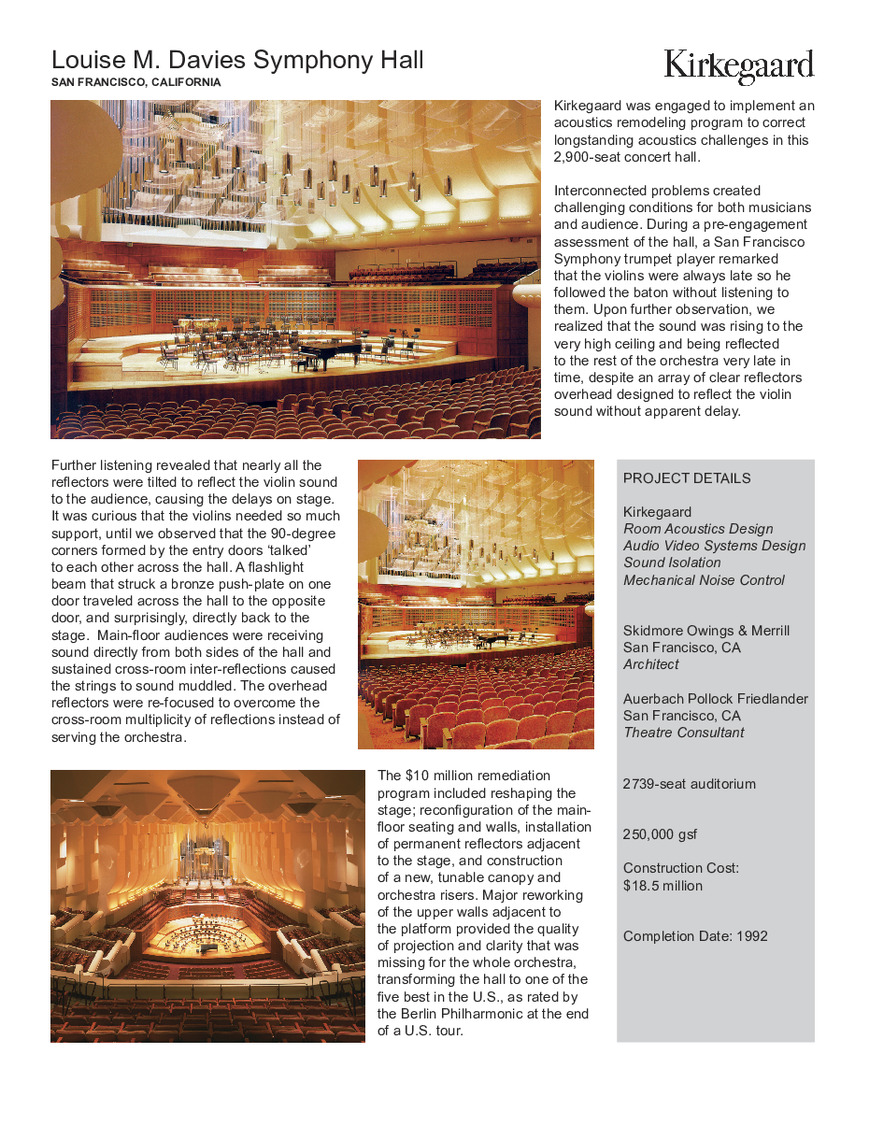 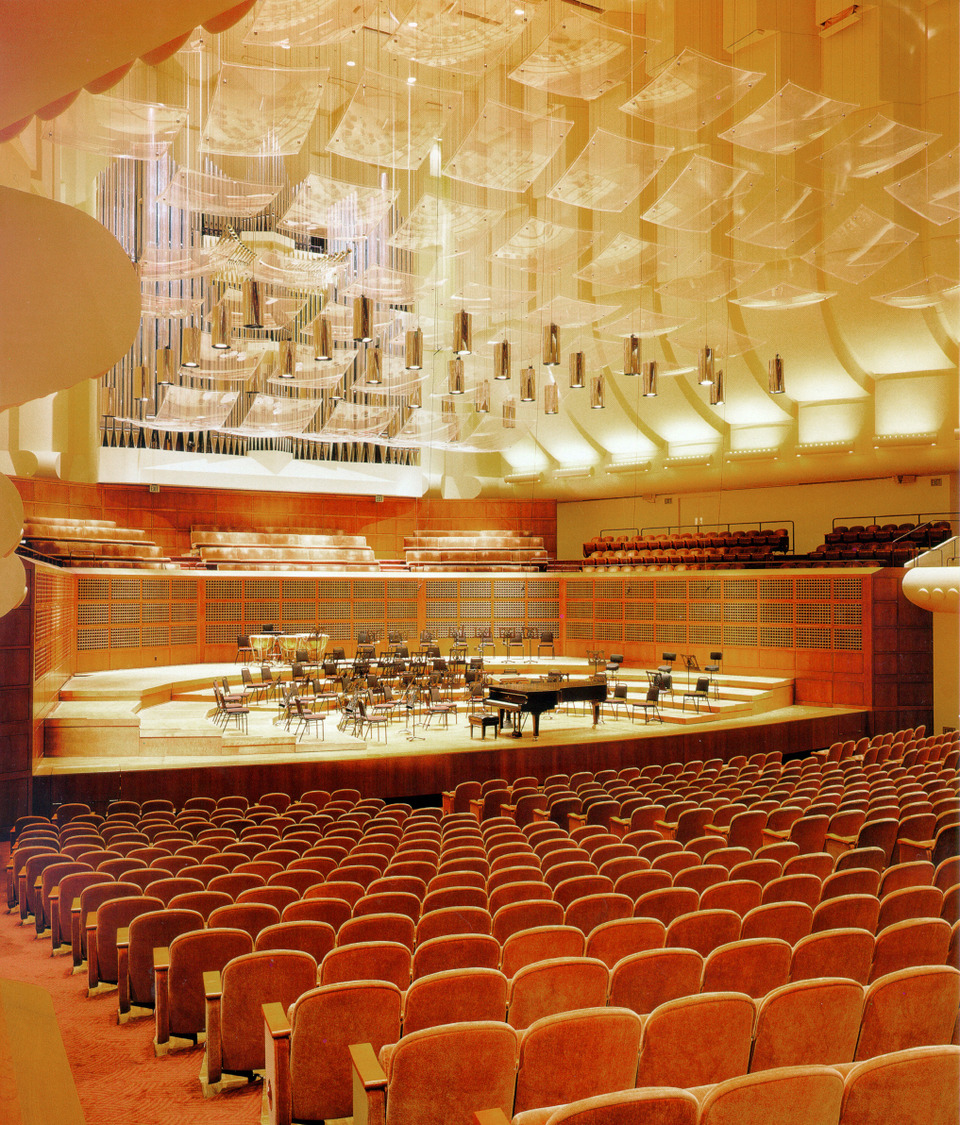