Built in 1732 and repeatedly underpinned and shored up over the course of two centuries, St. Luke’s Church on London’s Old Street finally succumbed to bad soil conditions in 1959, when the roof and interior structure were removed to prevent loss of the entire building. Only the four exterior walls, the spire, and the crypt with its 900 residents remained after the emergency demolition. The ruin was designated a Grade 1 Landmark by English Heritage.

Renovations were performed to develop this landmark building into the primary rehearsal and outreach space for the London Symphony Orchestra, with a seating capacity of 450. In addition to its rehearsal function, the building is the home of the LSO’s Discovery Program, a series of educational programs for children and adults involving live and recorded events, distance learning, broadcast, and broadband technologies.

An entirely new structural system of four large ‘tree columns’ arranged on a single 50 foot square structural module has been inserted into the central space. The trees support roof trusses whose bottom chords serve as catwalks. The trusses, in turn, support a slate-finished concrete roof slab from which a heavy wood ceiling is resiliently suspended. A new glazing system incorporates modern glass in the original cast iron frames along with a massive secondary glazing system has been added to attenuate street noise while preserving natural light for the rehearsal space, with minimal impact on the exterior appearance of the building. An extensive system of retractable banners provides a wide range of reverberation, loudness, and reflection control.

Three smaller rooms outside the footprint of the original building can be used for rehearsal, gamelan performance, instruction, and conference. One of the rooms can also serve as a secondary control room. An extensive infrastructure of cableways connects the four main spaces to each other, to a central editing and production room, and to outside recording and broadcast trucks. Fiber and copper connections to the nearby Barbican Centre were envisioned as part of the system design. 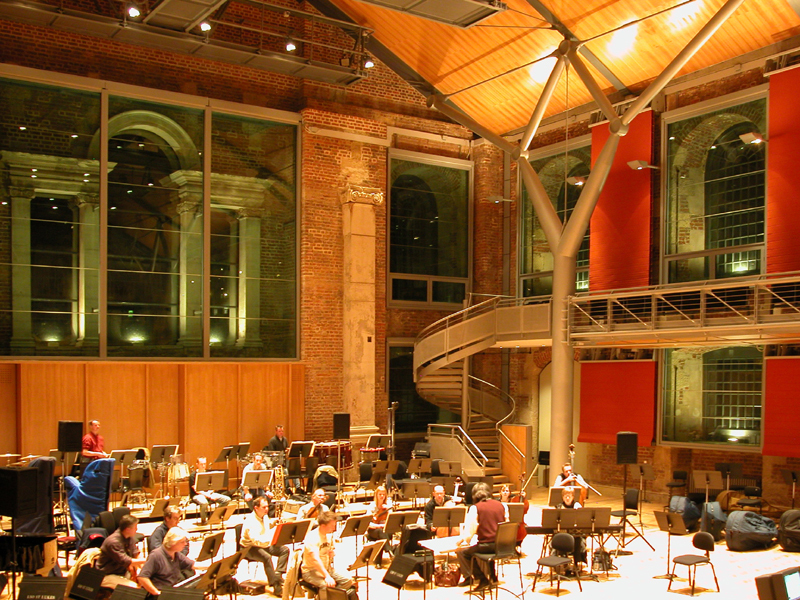 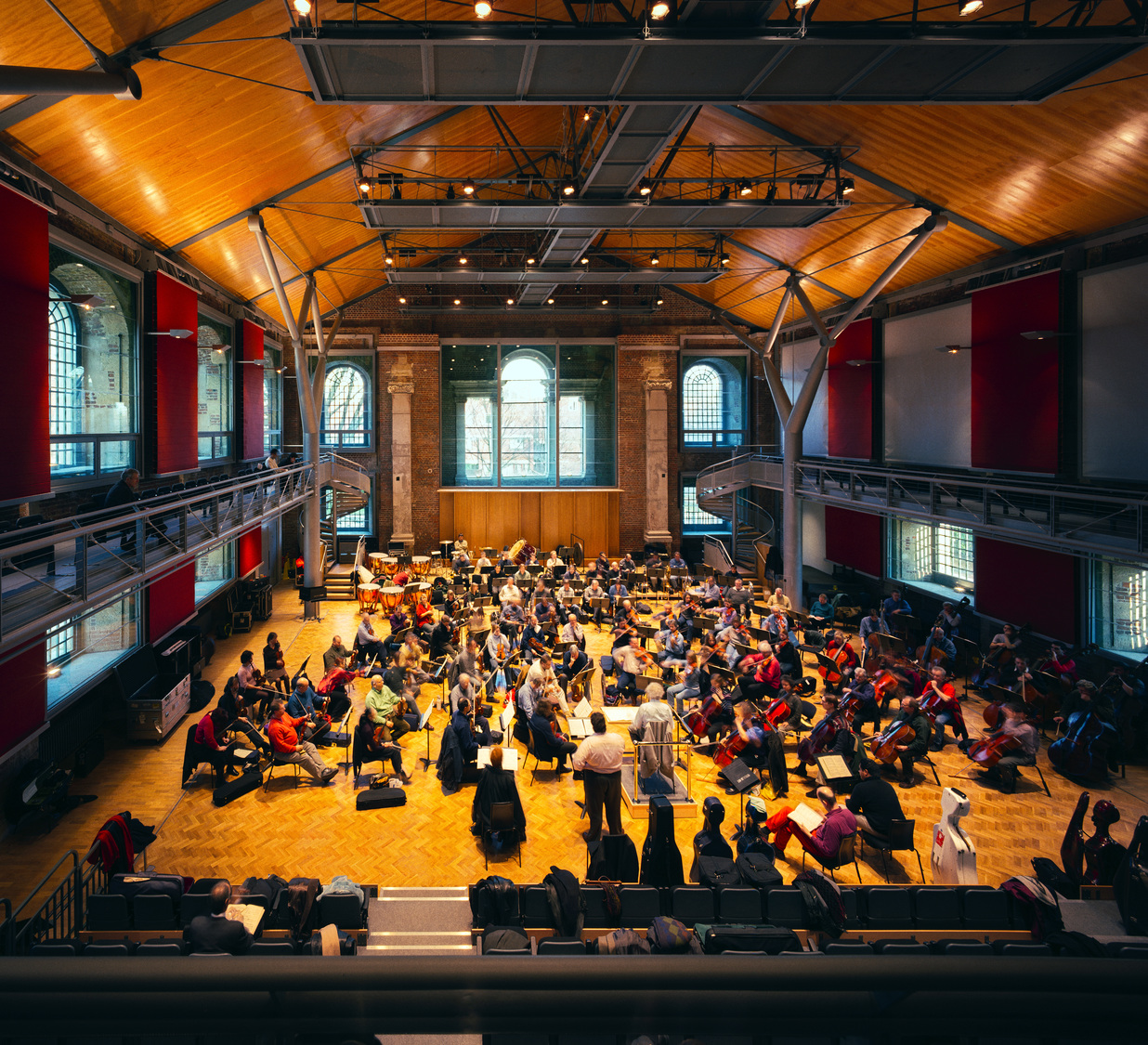 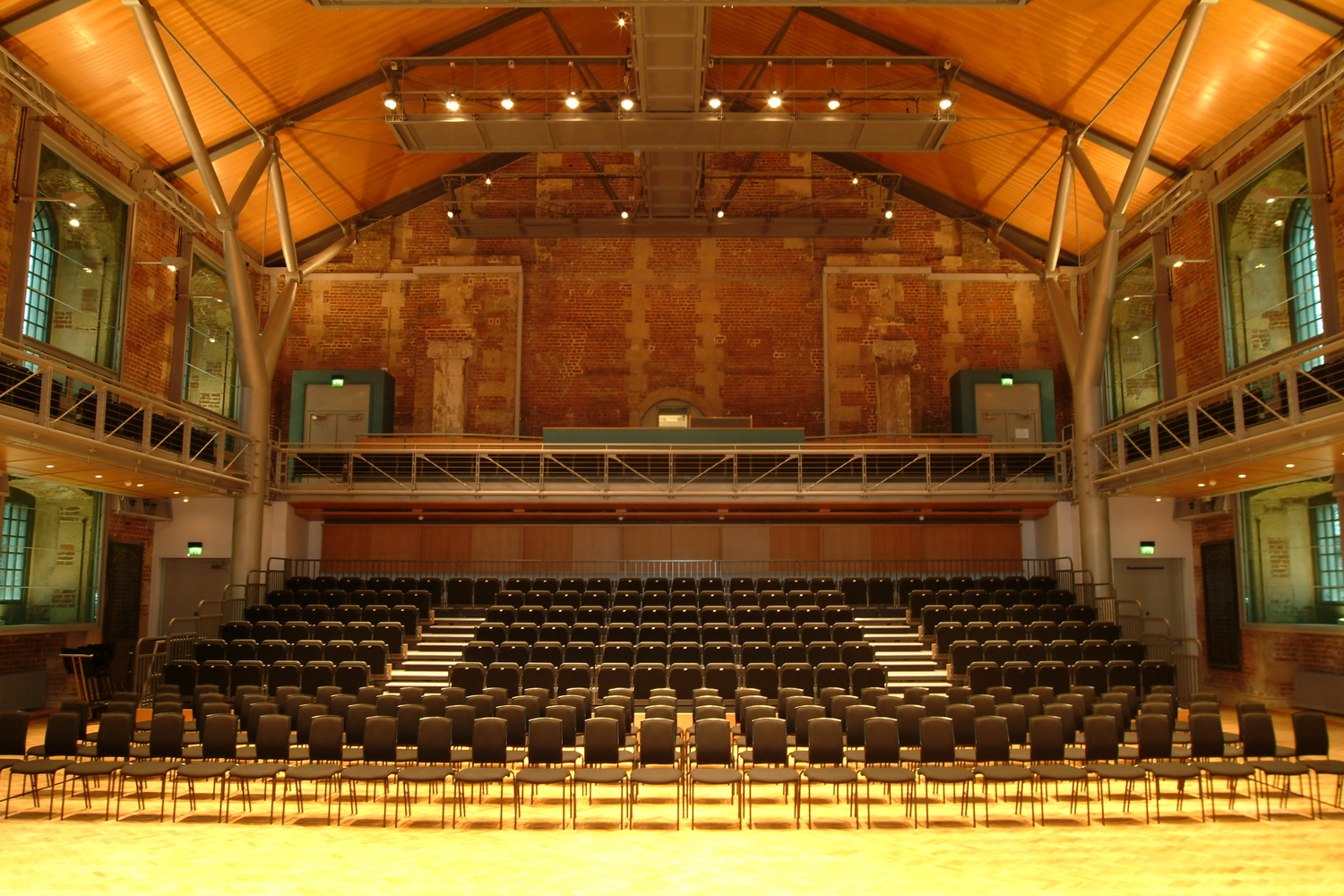 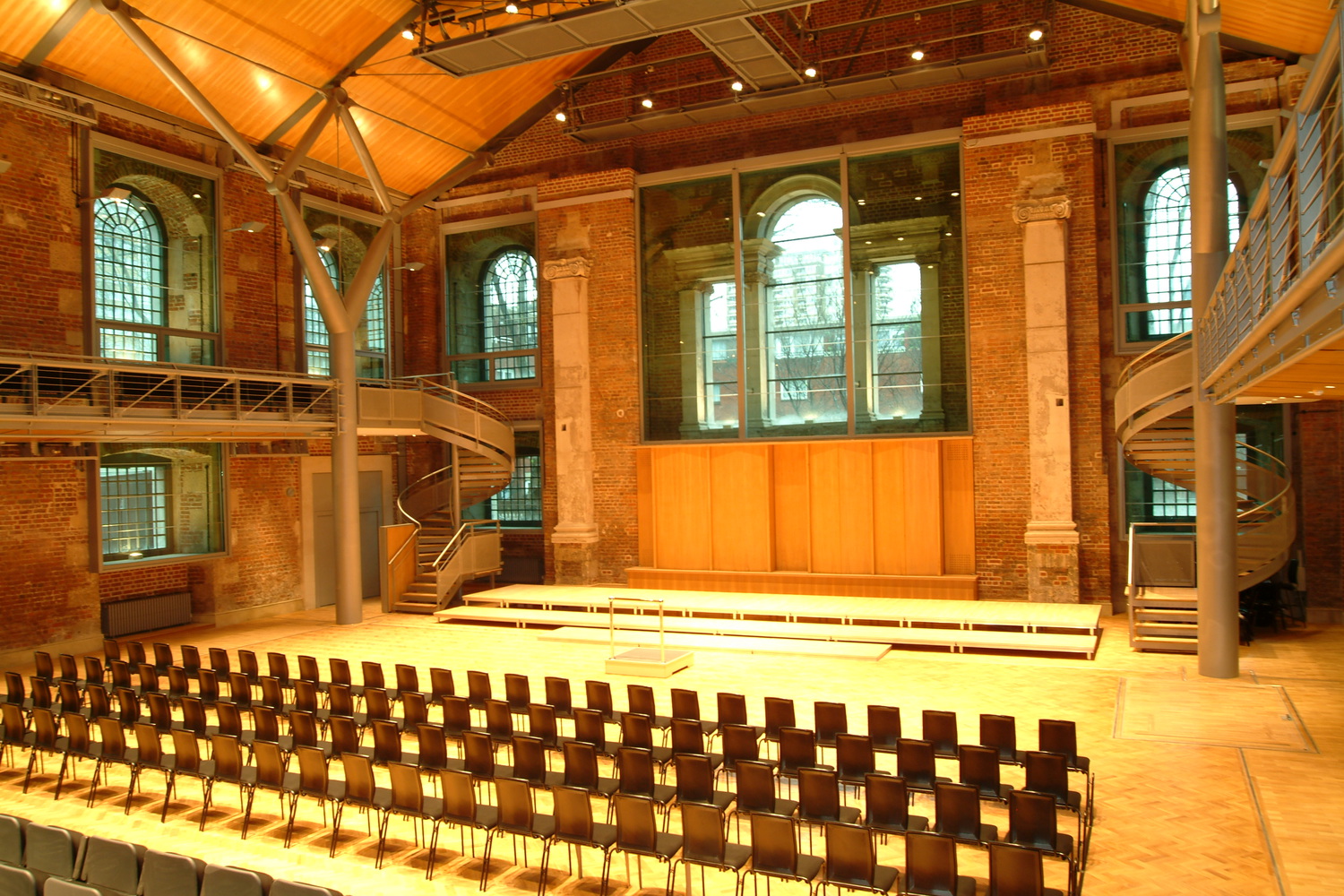 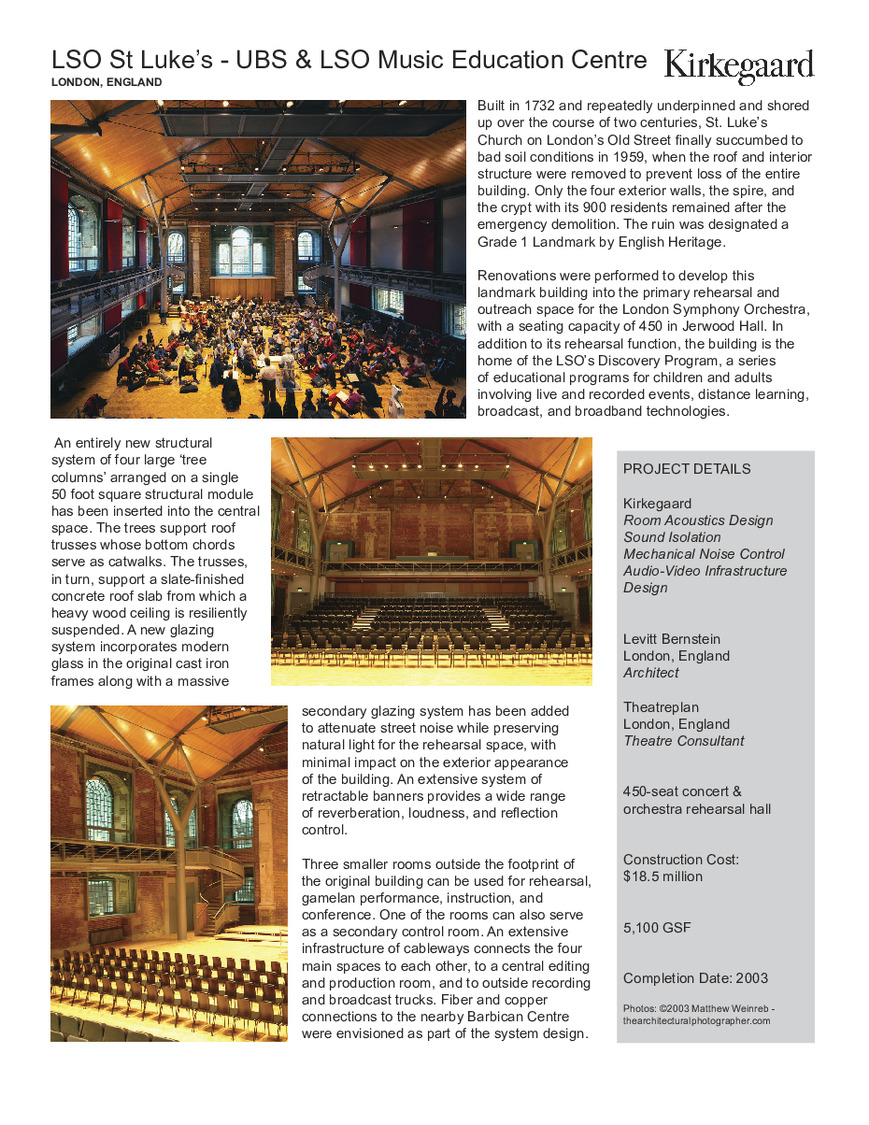