During the 1980s and early 1990s the City of Portland, Maine discussed the idea of renovating its City Hall Auditorium. Built in 1912, the Auditorium had been renovated several times throughout its history, including a major stage renovation during the 1960s.

Initially it was deemed that the original architectural form of the room would be retained. After review of the hall and measurement for acoustic characteristics, and consideration of new uses for the hall, the scope of the renovation was widened considerably. The new program for the hall included Portland Symphony Orchestra concerts, organ recitals with the Kotzschmar Memorial Organ (an Austin Organ), and general use as a bus-and-truck rental hall with a wide range of performers including dance, opera, and a variety of popular music shows. Additionally, the backstage dressing rooms and offices needed to be brought up to standard, and a rehearsal space was to be provided for the symphony.

Because of the variety of program uses, and the requirement to have flown scenery pieces, the first effort focused on removal of the existing stage, rigging system, and the organ alcove. Subsequent work included reconfiguring the orchestra pit for touring acts as well as modest opera performances. The audience seating on the main floor was changed to side entry points and parterre seating. The cheek walls on each side of the stage were modified to increase the acoustic projection of sound from stage. The balconies were also modified to improve sightlines. Rear and sidewalls were sculpted to minimize echo conditions and significantly improve the sidewall reflection structure for the audience.

Acoustically, the new stage tower was designed with a custom orchestra shell that accommodated the Portland Symphony Orchestra as well as the Kotzschmar Memorial Organ. The new organ alcove was located on the upstage wall of the stage tower. To increase the acoustic volume of the room, mainly for the pipe organ, the architectural ceiling was opened up to utilize the volume within the attic truss space. 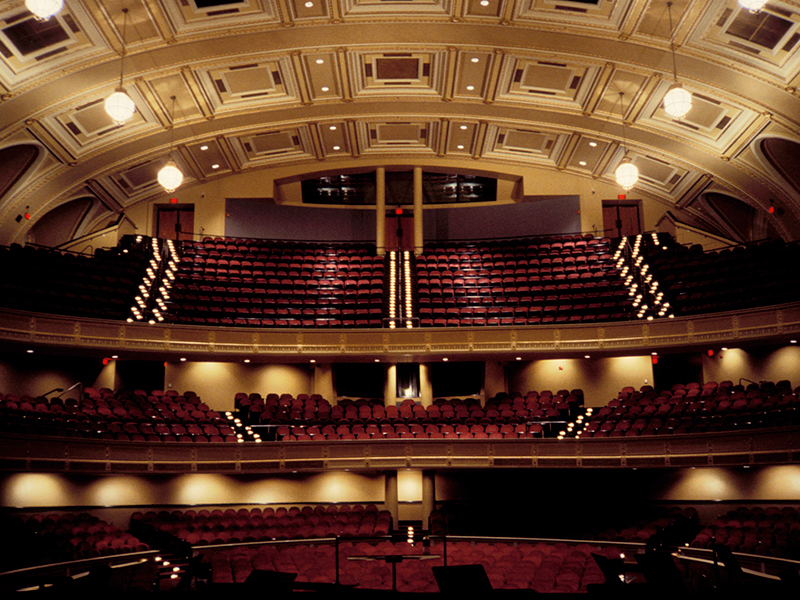 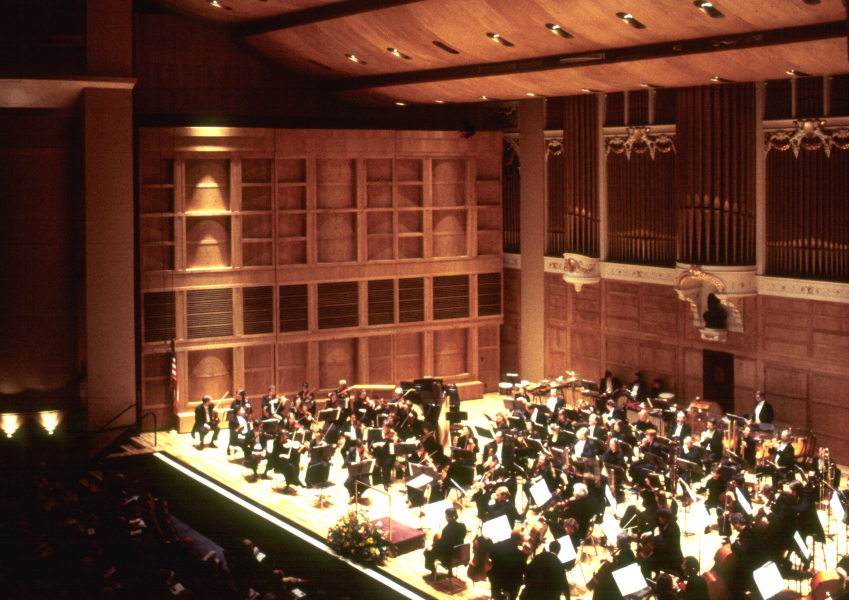