By Leslie Williams|2022-08-09T15:46:21-06:00June 19th, 2009|Arts, Awards, Concert Halls, Performing Arts Centers, Projects, Theatres|
The Blumenthal Performing Arts Center is an intricate puzzle of a building shoehorned onto a tight downtown site. The PAC shares a city block and some internal circulation with a high-rise office building and a retail atrium. It includes a 2100-seat multi-purpose theater, a 450-seat playhouse, and an orchestra rehearsal room. The 2100-seat Belk Theater is home to the Charlotte Symphony and Opera Carolina. It is one of two major venues in Charlotte for touring Broadway shows. The site forced an unusually narrow shape for the hall, with three balconies and extensive sidewall boxes. This narrowness, in combination with a high ceiling, helps explain the room’s success for natural acoustics. Catwalks, loudspeakers, and diffusive plaster reflectors are concealed behind a perforated metal ceiling that covers the entire audience chamber. The rear walls and the undersides of the balconies are shaped to work together to direct reflected sound to patrons underneath the balconies. By means of a sound-transparent panel, the proscenium opening is higher than it appears visually - this was done in order to ensure good acoustic connection between the stage and the audience chamber. The rear wall of the orchestra shell is a single unit designed to incorporate a pipe organ in the future; only the organ facade has been installed to date. This rear wall moves on railroad tracks set beneath the stage floor; attached to it and traveling with it are part of the shell side walls (which hinge off the rear wall unit), and the rear third of both the orchestra risers and the shell ceiling. The remaining two-thirds of the orchestra shell is set up conventionally. The Belk Theater makes an especially fine opera house while serving symphony and Broadway shows well. Its quality is all the more remarkable given its tight budget.
Project Details
Audiovisual Systems Design
Mechanical Noise Control
Room Acoustics Design
Sound Isolation
Morris Architects, Associated Architect of Record, Houston, TX
Theatre Projects Consultants, Theatre Consultant, South Norwalk, CT
190,000 gsf
2,100-seat multi-purpose theatre; 450-seat playhouse theatre; orchestral rehearsal room
$32,000,000
Charlotte
NC
2001 AIA New England Honor Award 2001 Boston Society of Architects Award 2002 USITT Honor Award 2003 AIA North Carolina Merit Award 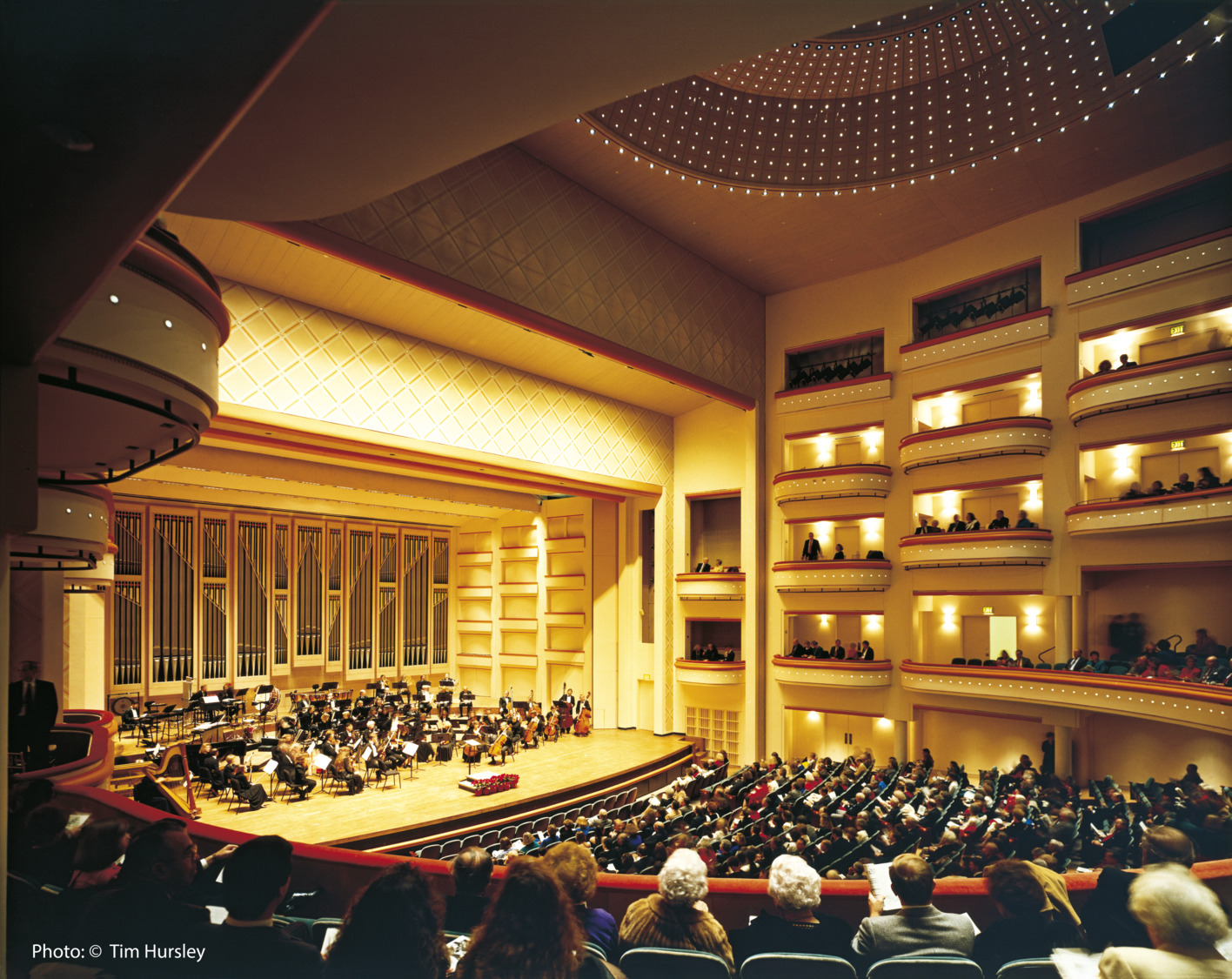 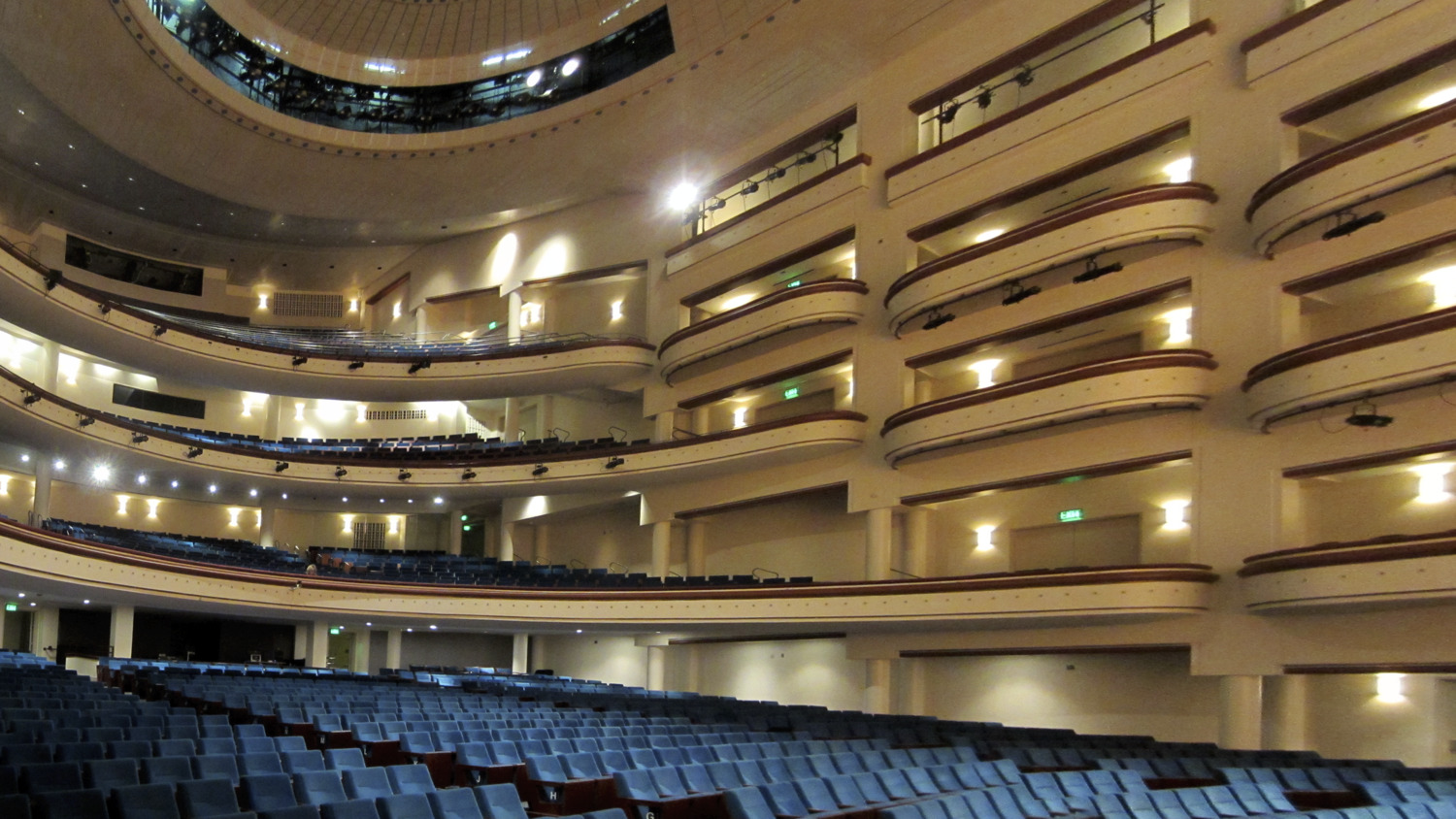 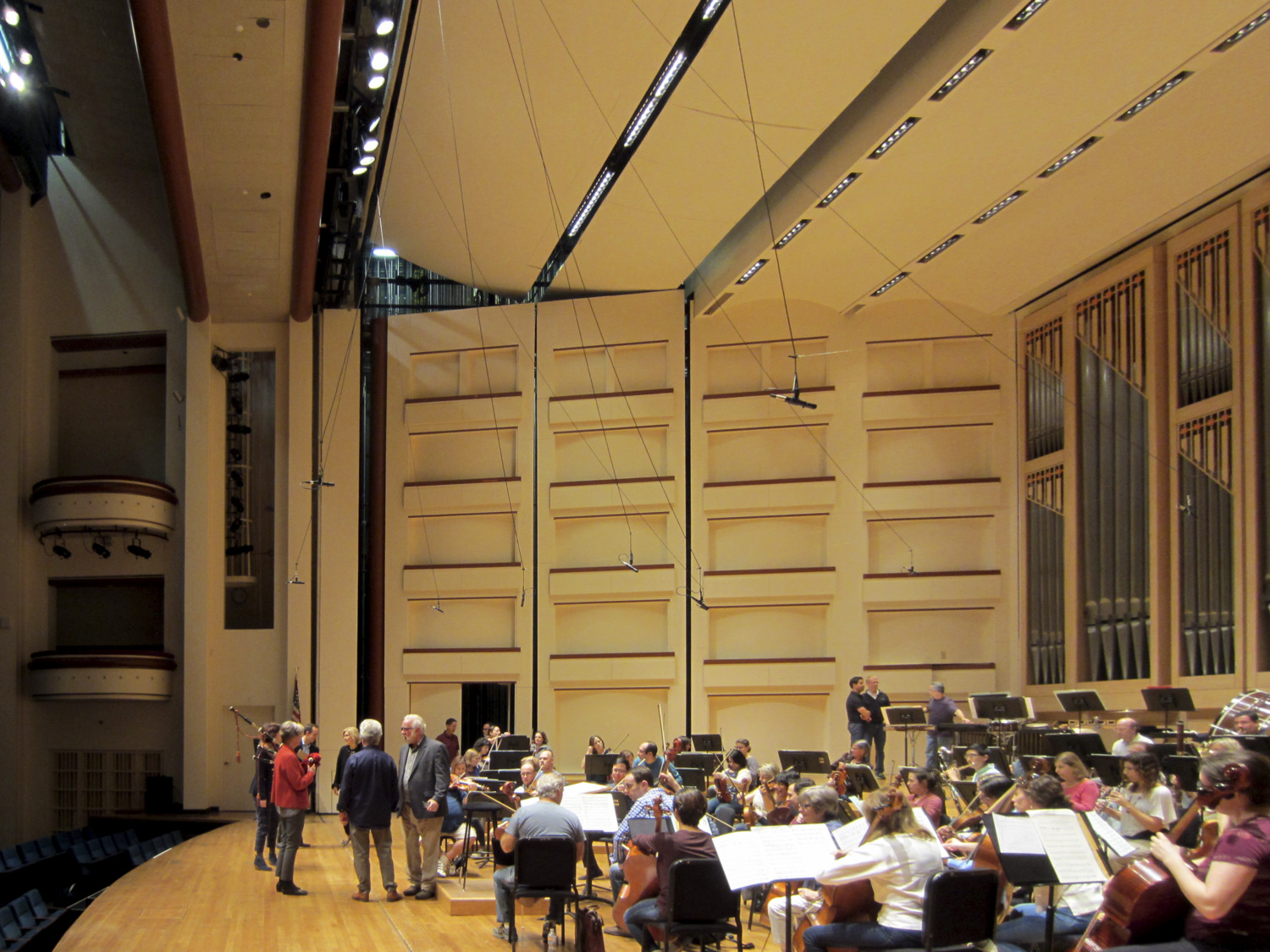 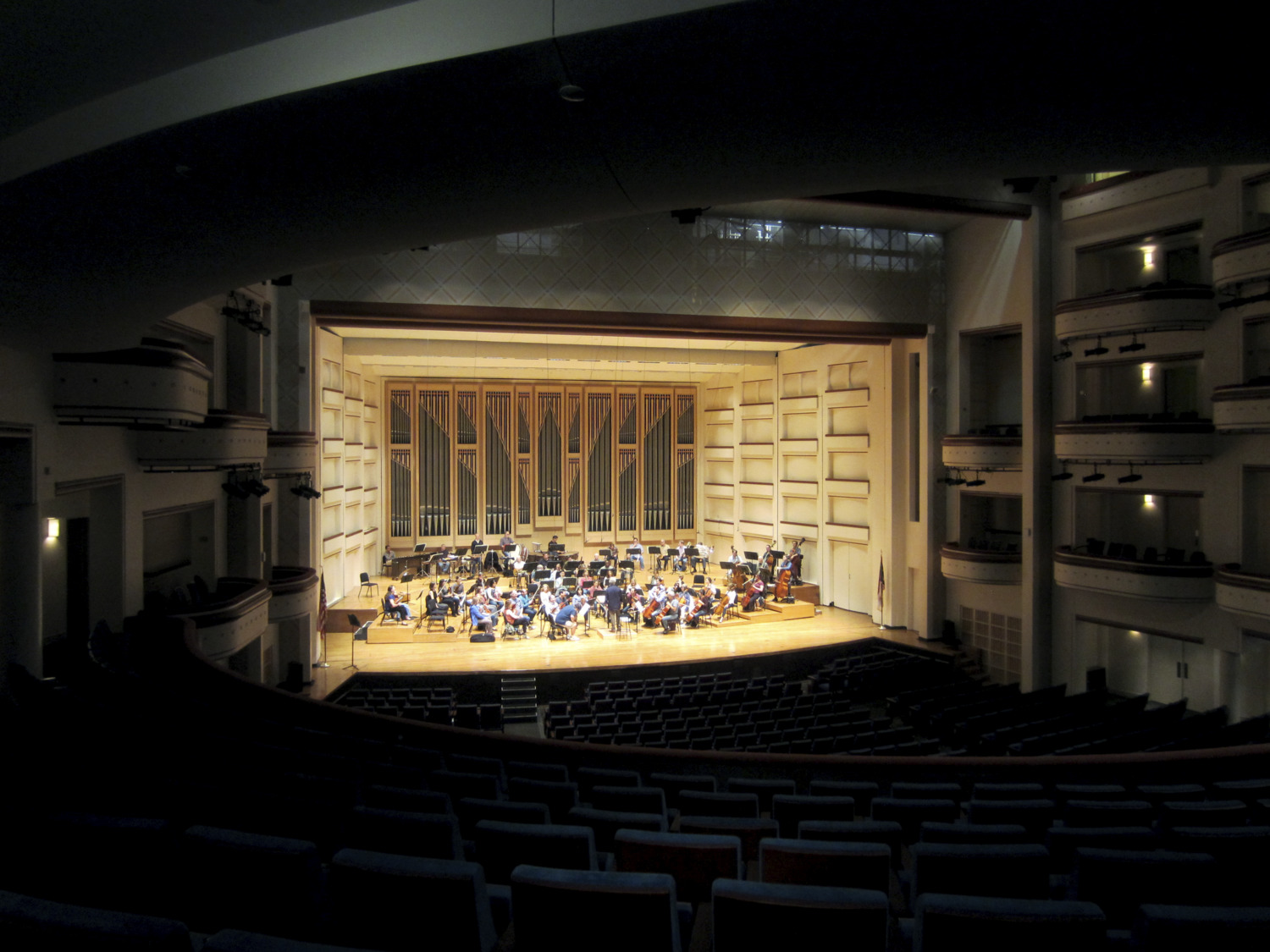 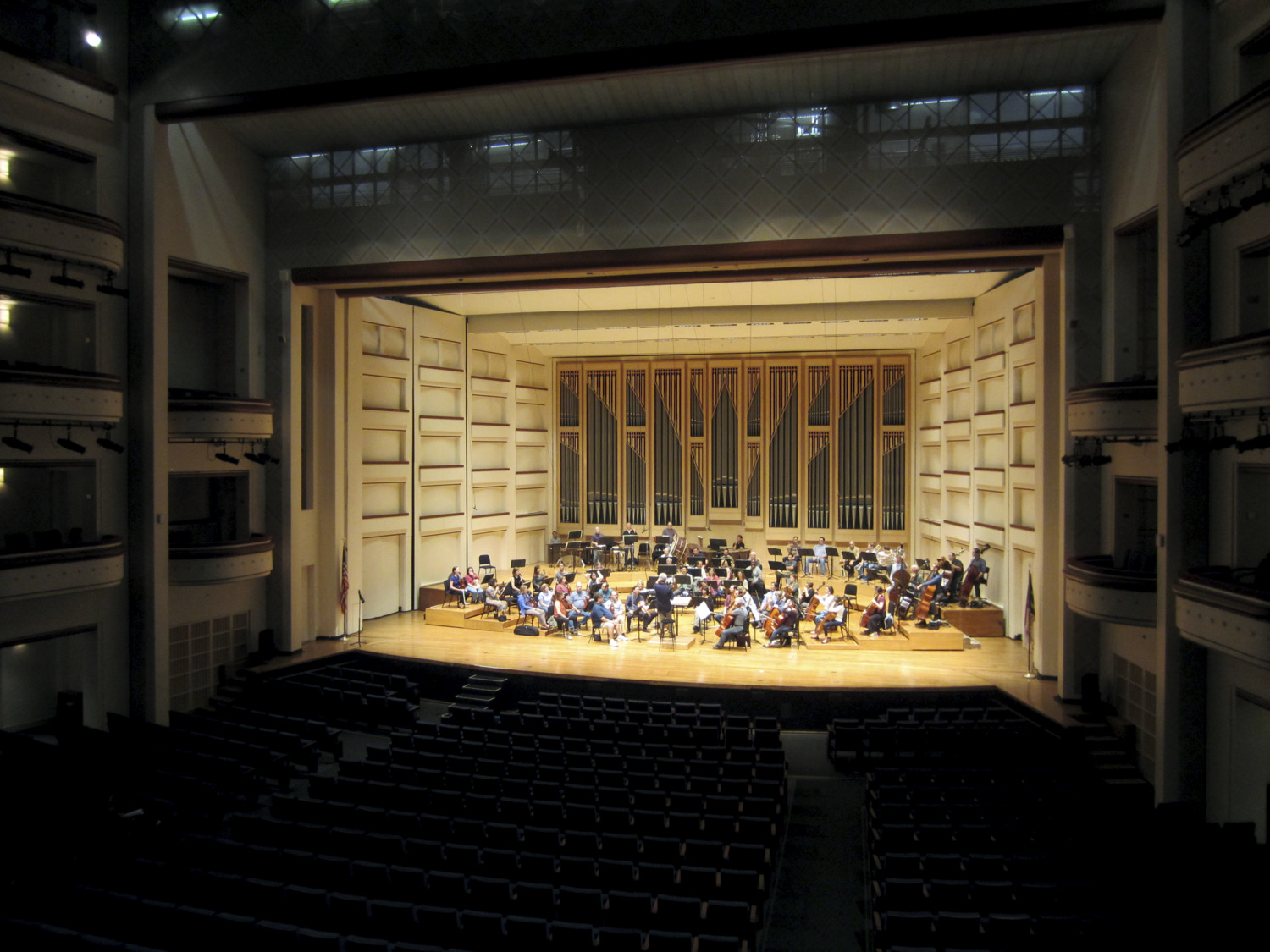 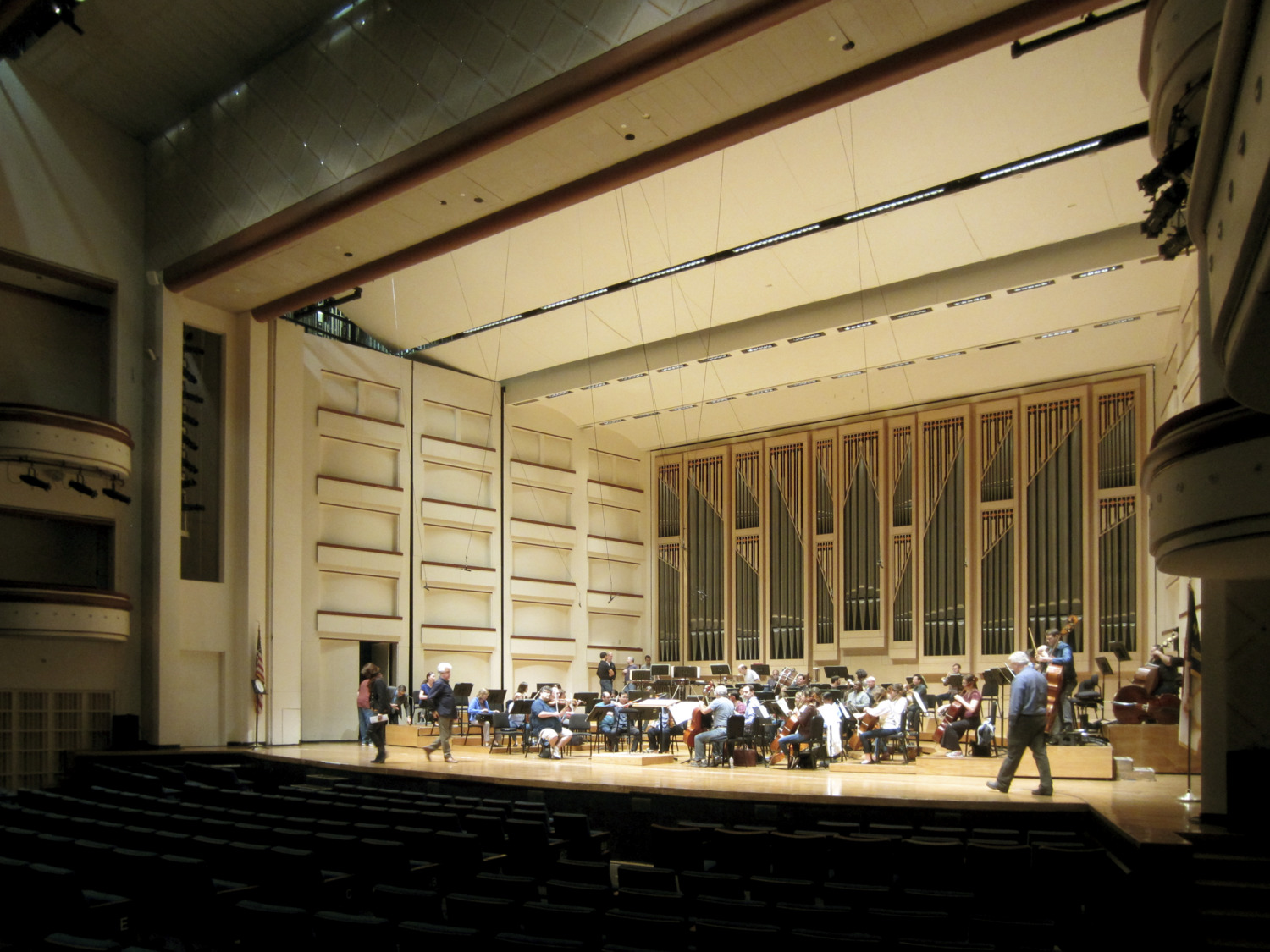 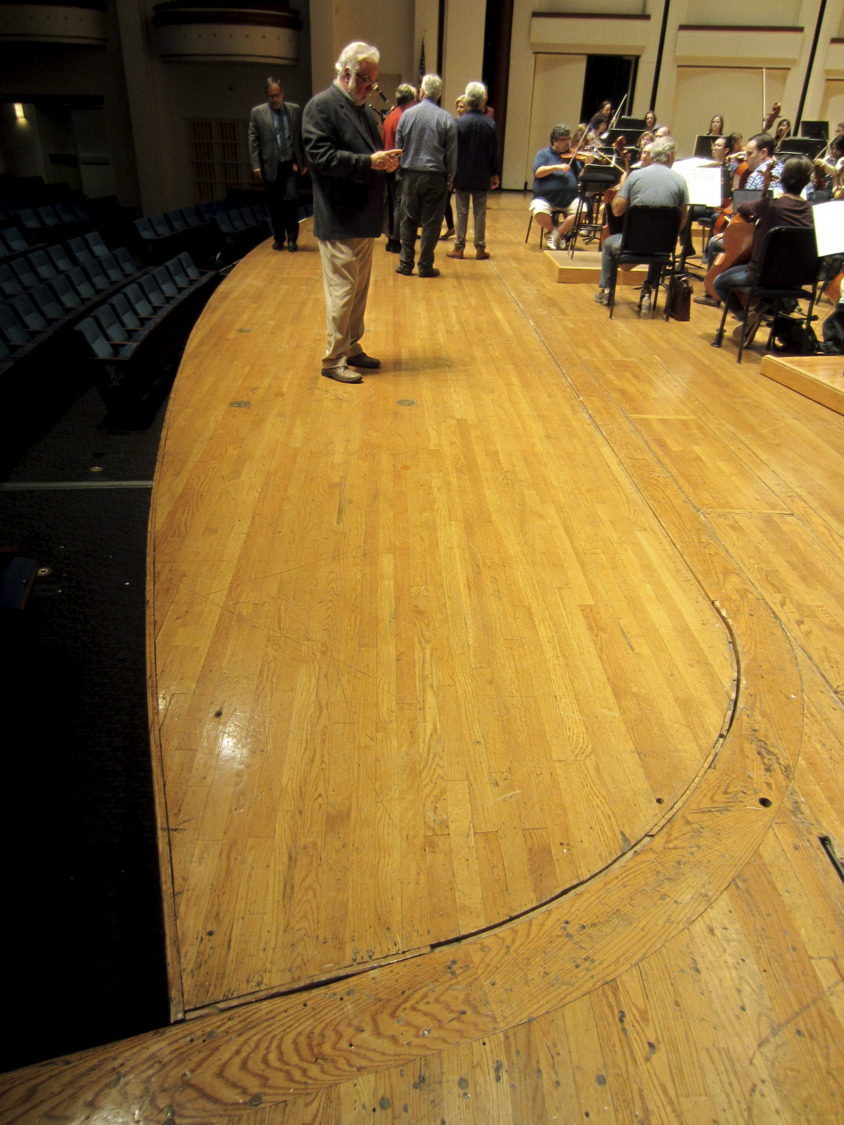 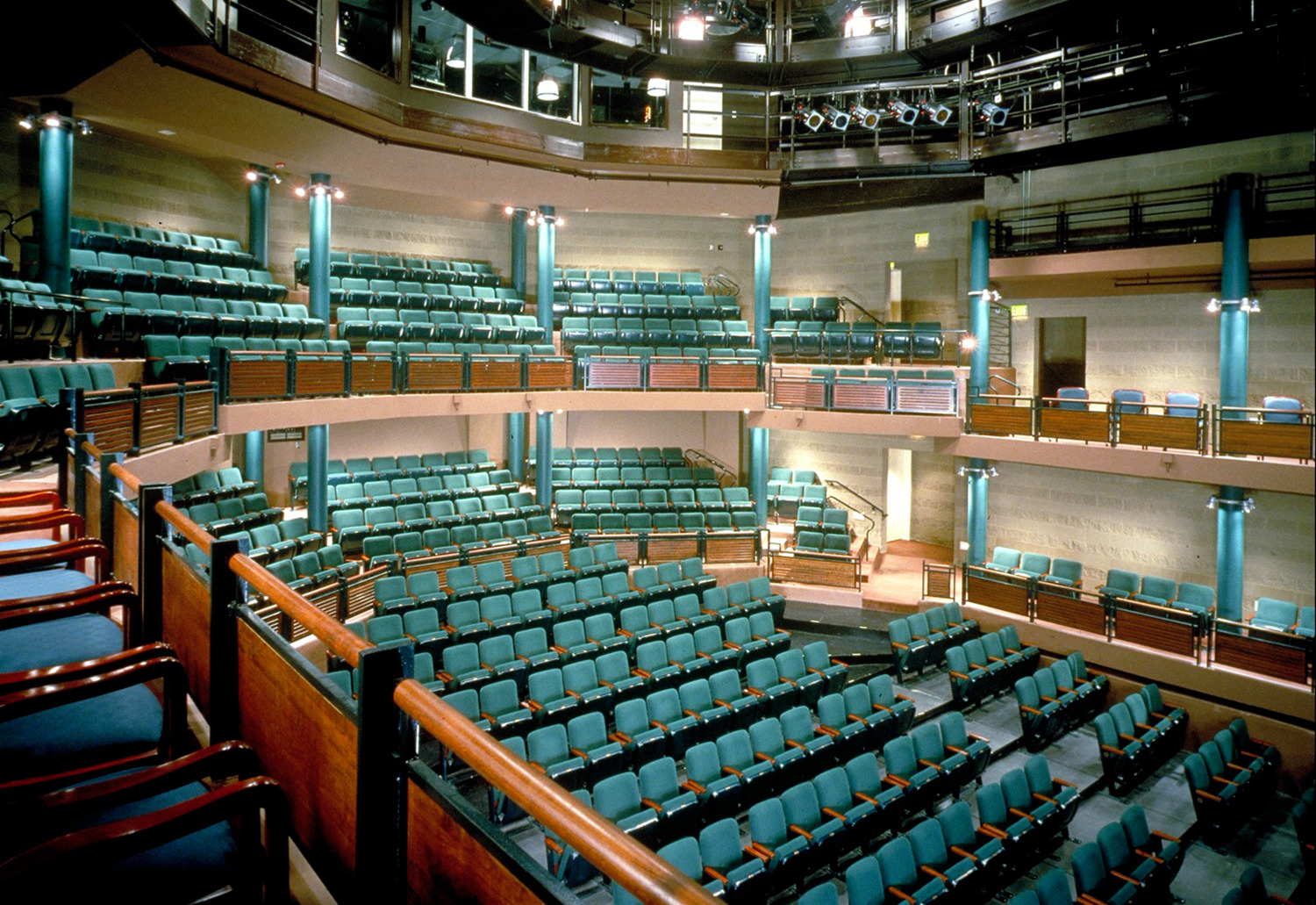