The Centre East Theatre is an 848-seat multi-purpose proscenium theater that is part of the North Shore Center for the Performing Arts. The space is designed to support a wide range of productions including local symphony orchestras, drama productions, musicals, touring groups, and community events.

The theater is constructed of cast concrete structural walls that are exposed within the space. Volume is provided to achieve a reverberation time of just under two seconds in its most reverberant condition. The side walls near the stage are sculpted to provide diffusion and support of natural sound, and three reflector bands finished in maple wood veneer are used to conceal catwalks and support early sound reflections throughout the seating area. Balcony fronts of curved wood are utilized to provide additional acoustic support to the audience and stage while diffusing the focus created by the tightly curving balcony geometry.

The facility lies within a flight path of O’Hare International Airport, requiring the use of a heavy concrete roof slab and double concrete wall construction around the theater. The space between the inner and outer walls is used for technical circulation and ductwork distribution, allowing all ductwork to remain outside of the theatre volume. Site constraints required that air handling units be placed on the roof of the building, so through-building expansion joints consisting of a mix of double column structure or haunches with compressed glass fiber isolation pads were incorporated in the design to separate the theatre from the support spaces. Similar construction was used to isolate the smaller Northlight Theater (built in a second phase of construction) from the support building.

Due to budget shortfalls during design, the space is currently used without the orchestra shell or variable acoustics that were designed for the space. Symphony users find the space very successful in its current live acoustic condition, but the clarity and balance of sound in the space has also worked favorably for drama and popular music events. 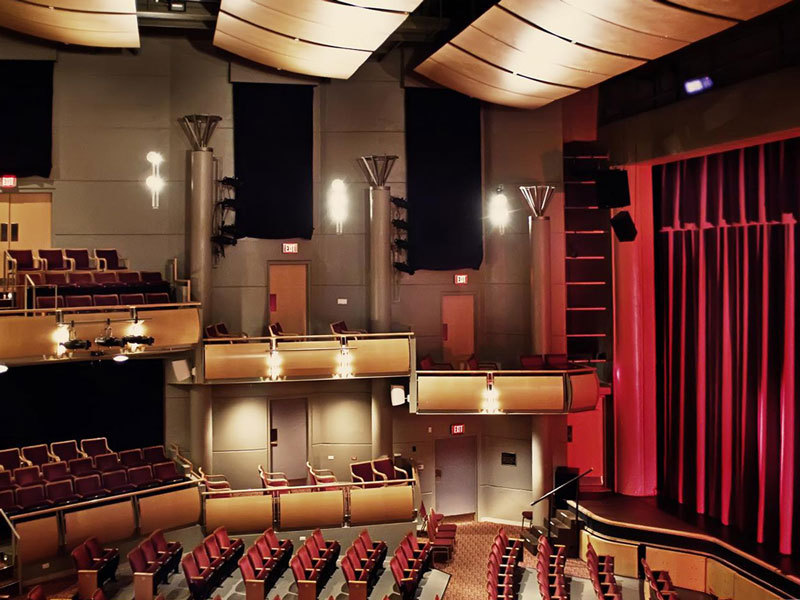 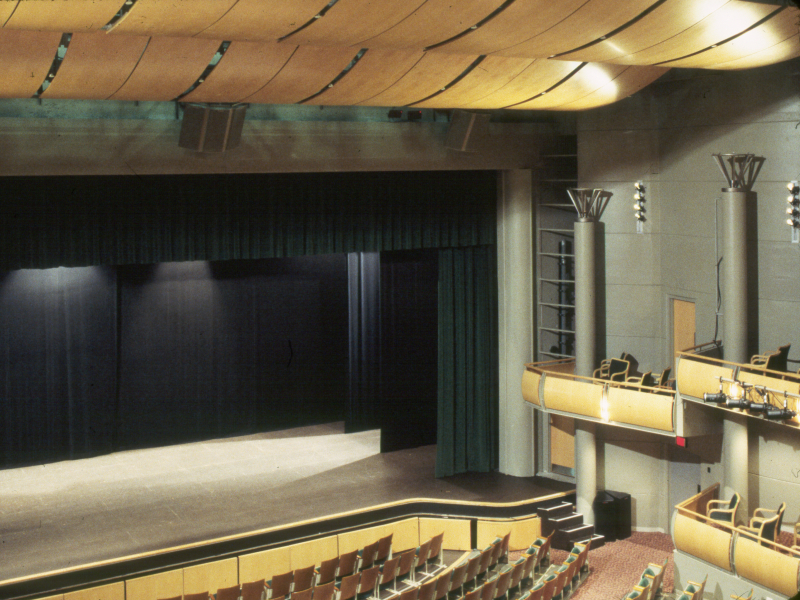