Although the Ordway Music Theatre, with its rich finishes and its obvious debt to the European opera house resembles many other recent theaters, at the time it was built it was a radical departure from the aesthetic of the ‘democratic modernist’ halls of the 1950s, 1960s, and 1970s.

The hall is a multi-purpose room with a proscenium and flytower, seating an audience of 1800. It is home to the St. Paul Chamber Orchestra and Minnesota Opera and is used for a variety of other performances as well. The room’s walls are highly articulated sealed concrete, typically concealed behind wood grilles, with operable absorption between. The grilles were custom made with irregularly shaped and spaced vertical elements.

The orchestra shell is a single unit, moving on air casters and storing in a large niche at the back of the stage. This allows convenient changeovers and an elegant, architecturally finished shell. The orchestra pit uses multiple lifts to allow a variety of pit shapes, ranging in capacity from 50 to 70 musicians. Removable platforms allow a thrust stage.

The Saint Paul Chamber Orchestra (SPCO) and The Minnesota Opera were the two strongest sources of inspiration for the idea that became the Music Theater at the Ordway Center for the Performing Arts. The architect, Benjamin Thompson, was a native son of Saint Paul and brought his fullest commitment to achieve an extraordinary home for both organizations. The Minnesota Opera began its life on the thrust stage of the old Guthrie Theatre and wanted the orchestra pit of this new venue to replicate that thrust stage with the orchestra performing beneath. They still enjoy performing in this mode. The SPCO uses the space with a marvelous concert shell that glides into place on air-casters from a storage ‘garage’ upstage of the active stage. Most of the ceiling for the shell is carried on the structure, freeing the stagehouse rigging for the opera’s use. A great deal of acoustic tuning control was designed into the space. Behind the randomly-shaped wood grillage members are absorptive panels that descend from behind the wainscot of the boxes above. The ceiling zone contains pivoting reflective elements that facilitate use of the thrust stage for events that require high clarity. Patrons of the Ordway may notice the red diamond painted on the center of the ceiling. That gesture was Ben Thomson’s visible urging that a great chandelier was planned but not afforded in the initial budget for the project. Someday, that red diamond will turn to brilliant crystal
Project Details
Audiovisual Systems Design
Room Acoustics Design
Benjamin Thompson & Associates, Architect, Cambridge, MA
Auerbach + Associates, Theatre Consultant, San Francisco, CA
1,900-seat opera house; 320-seat studio theatre
$26,500,000
St. Paul
MN
1986 Minnesota Masonry Institute - Honor Award for Excellence in Masonry Design and Construction 1985 AIA Boston - 1st Honor Award Boston Exports Award Competition 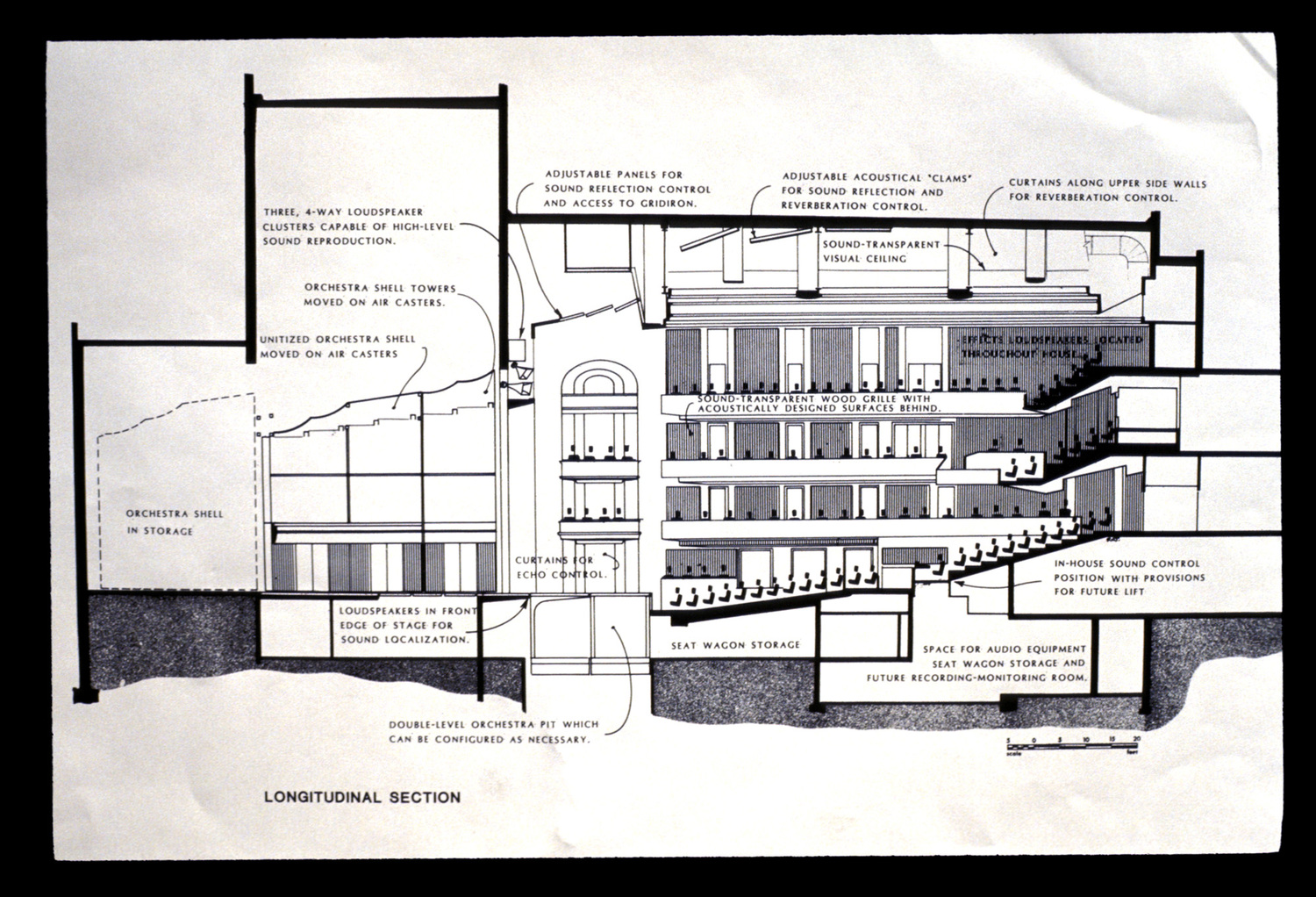 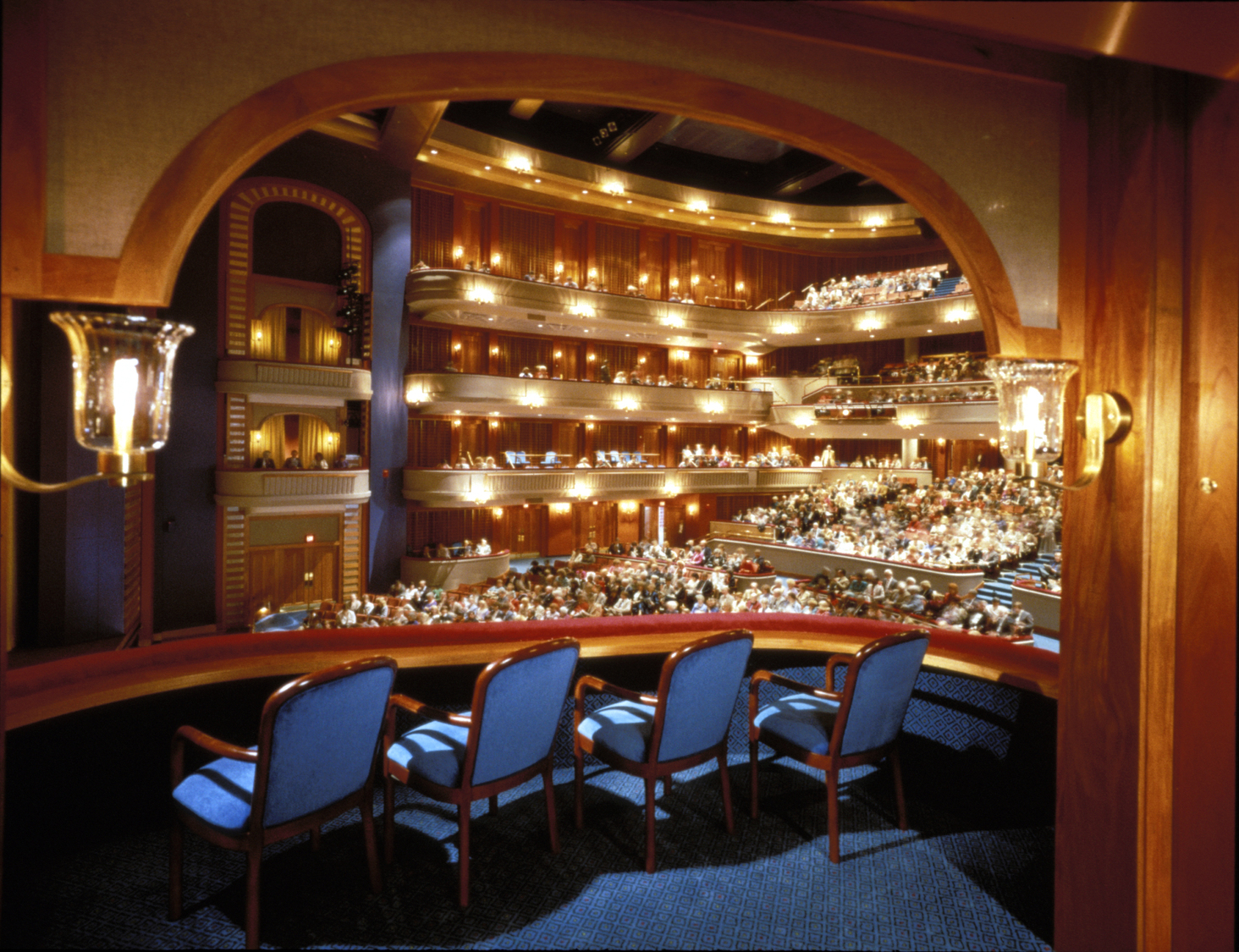 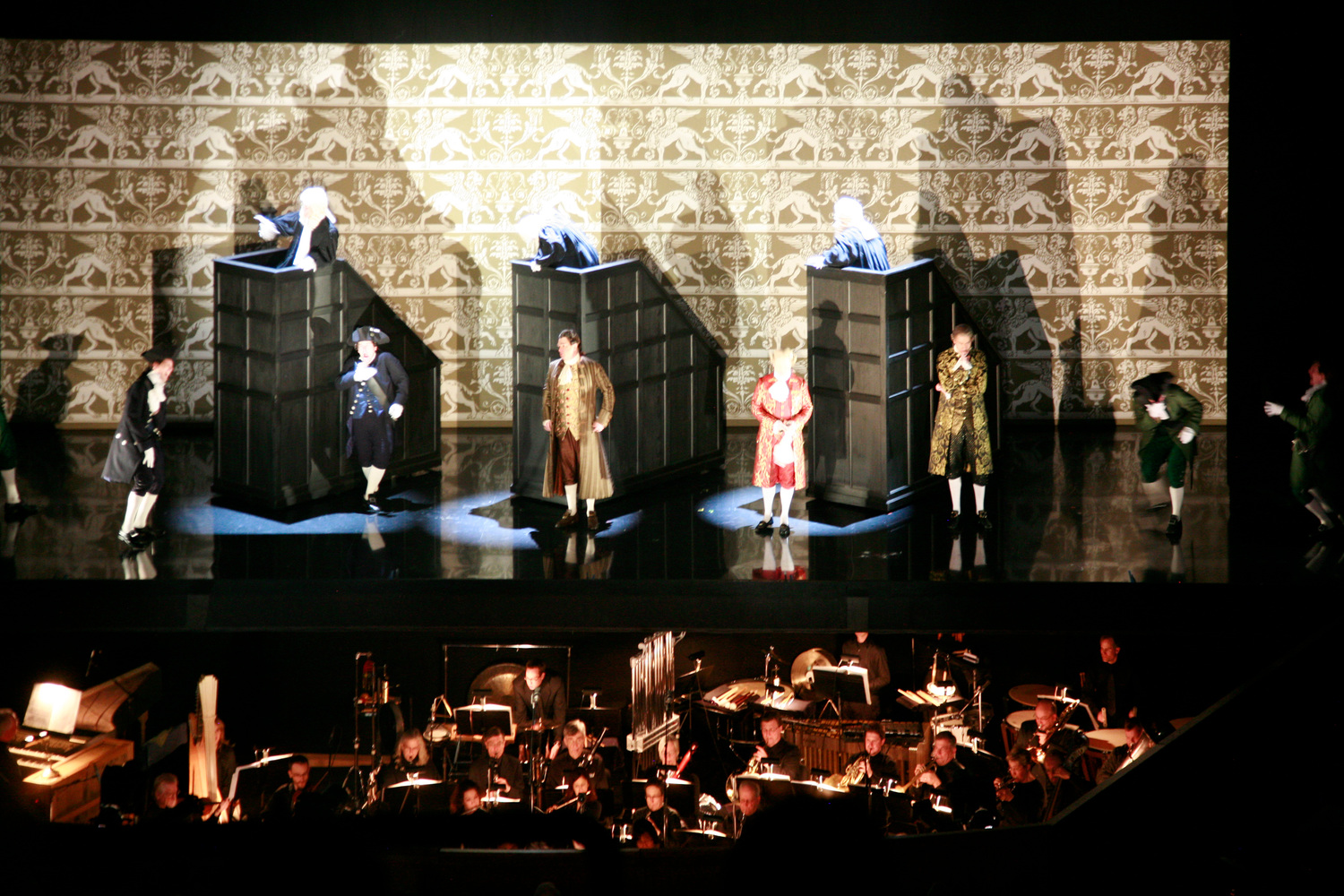 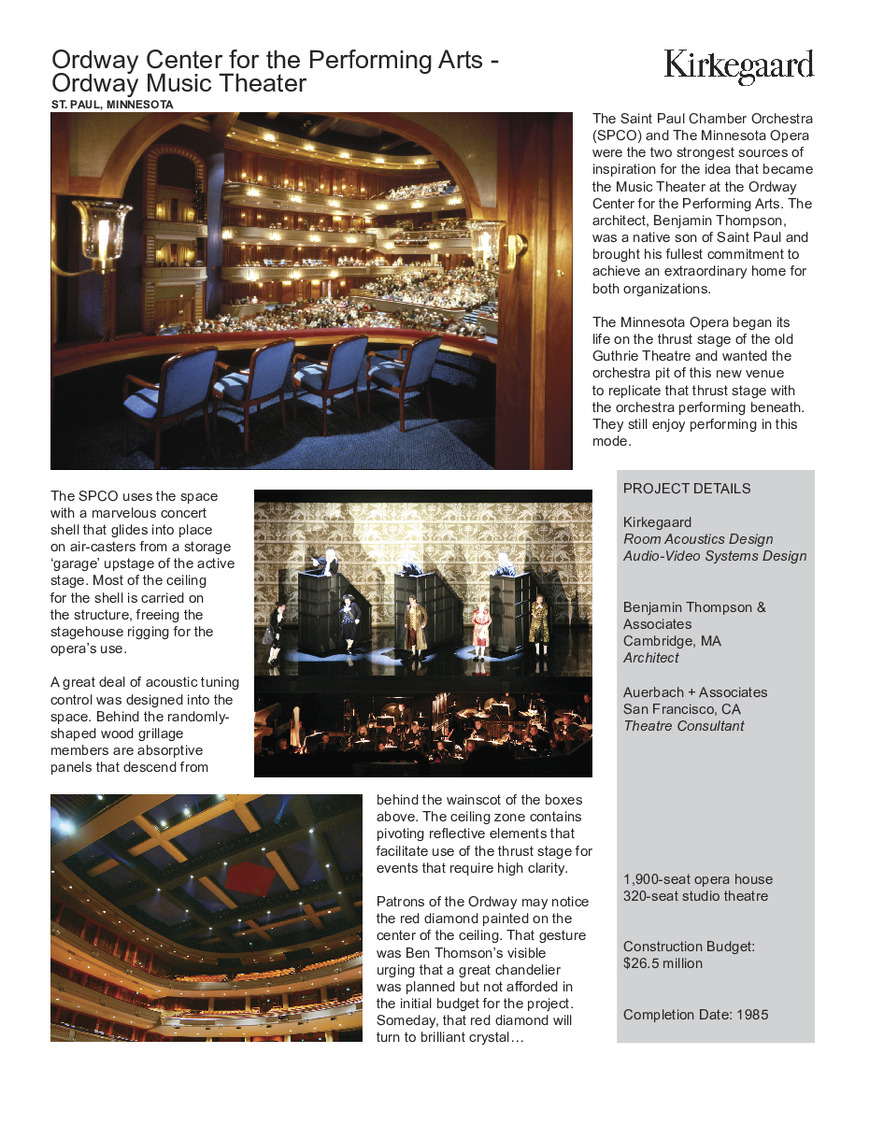 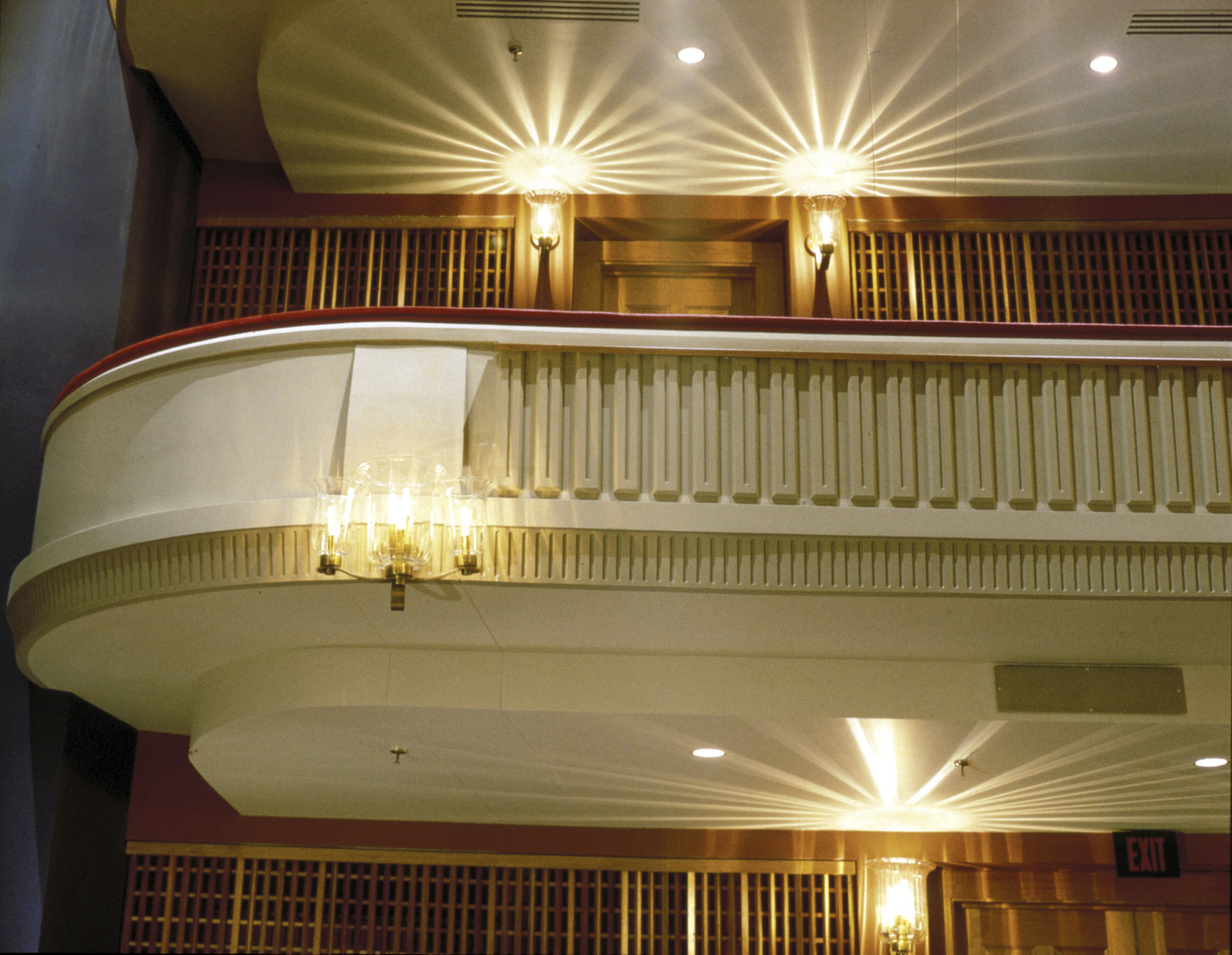 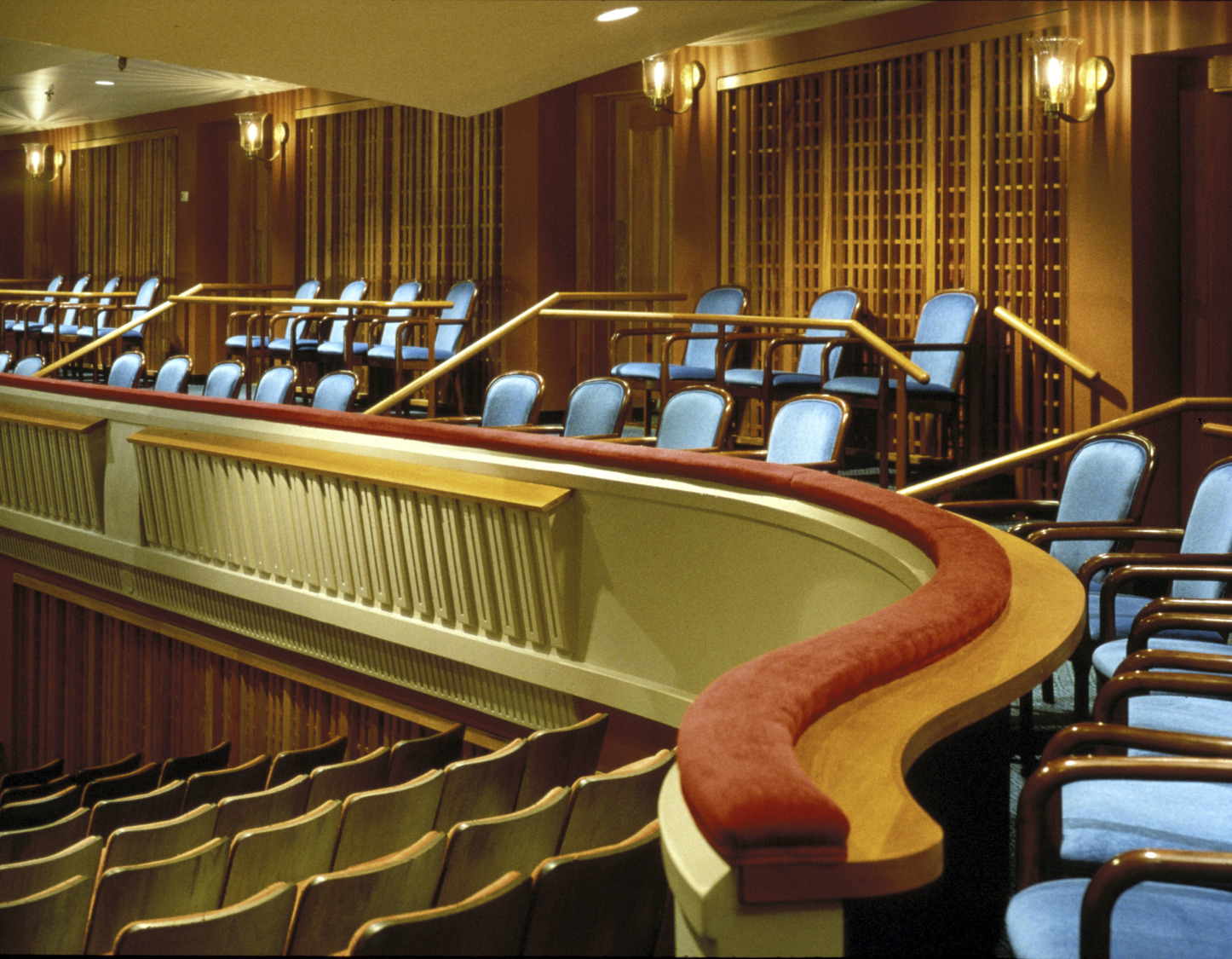 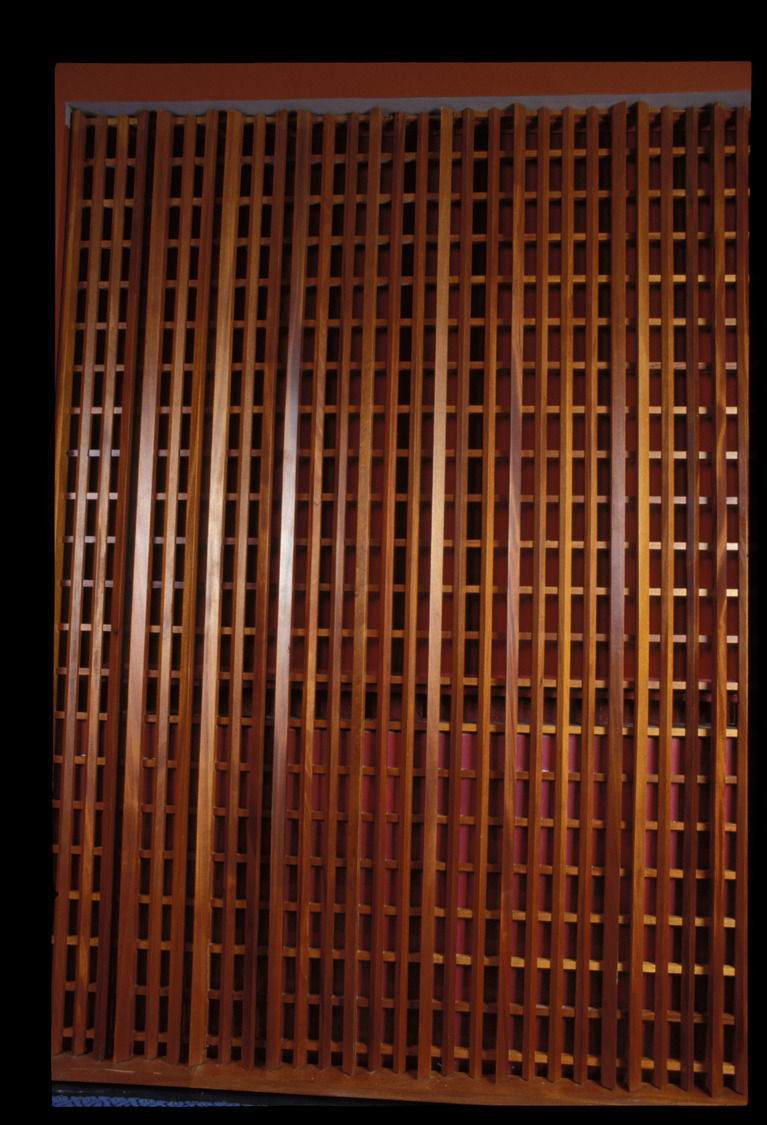 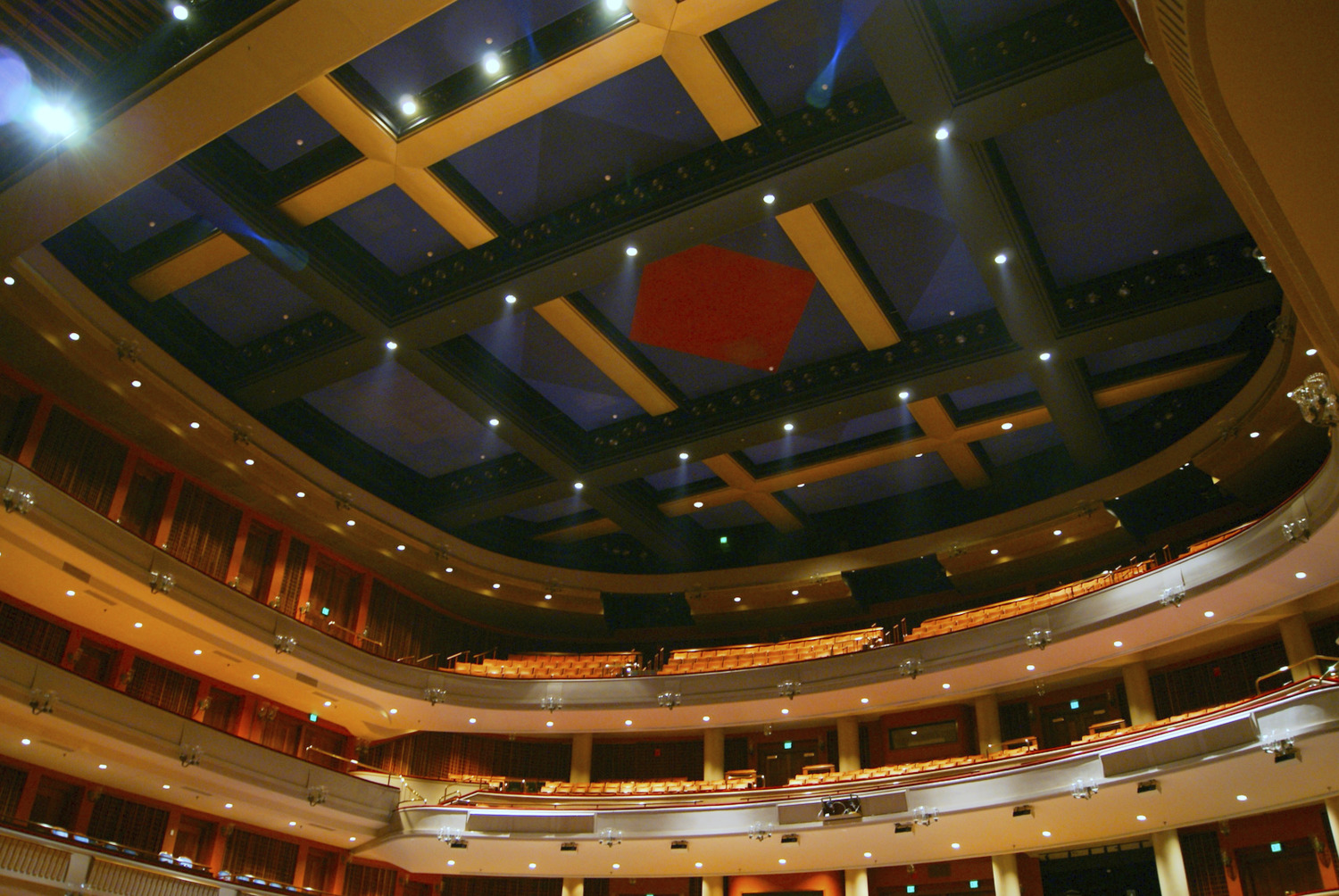