Berwick Hall – Oregon Bach Festival at the University of Oregon

The venerable Oregon Bach Festival has long presented concerts of Bach, his contemporaries, and modern music that draws inspiration from early and baroque music. OBF rehearsed and performed at various venues around Eugene, relying heavily on the University of Oregon’s Frohnmayer Music Building and Beall Recital Hall. Since 2015, the Berwick Academy for Historic Performance has complemented the Festival with an intensive tuition-free training course capped by performances in the Festival. Now, at last, they have a home of their own, nestled next to UO’s music building.

Berwick Hall includes office and meeting space for OBF, but its heart is a spectacular rehearsal room, designed specifically for rehearsing, performing, teaching and recording early music. Two walls of the hall are wood, shaped in sweeping curves that gradually direct sound upwards. Two walls are split-face block, finished with limewash, just as a wall would have been in Bach’s day. These walls scatter high frequencies and gently absorb some of the very highest frequencies, for a warm, smooth sound. Motorized banners allow the musicians to tune the balance of reverberation and clarity for each rehearsal. Virtually silent air conditioning keeps everyone comfortable while ensuring that every nuance of a performance can be heard. The result is a remarkable, one-of-a-kind room. 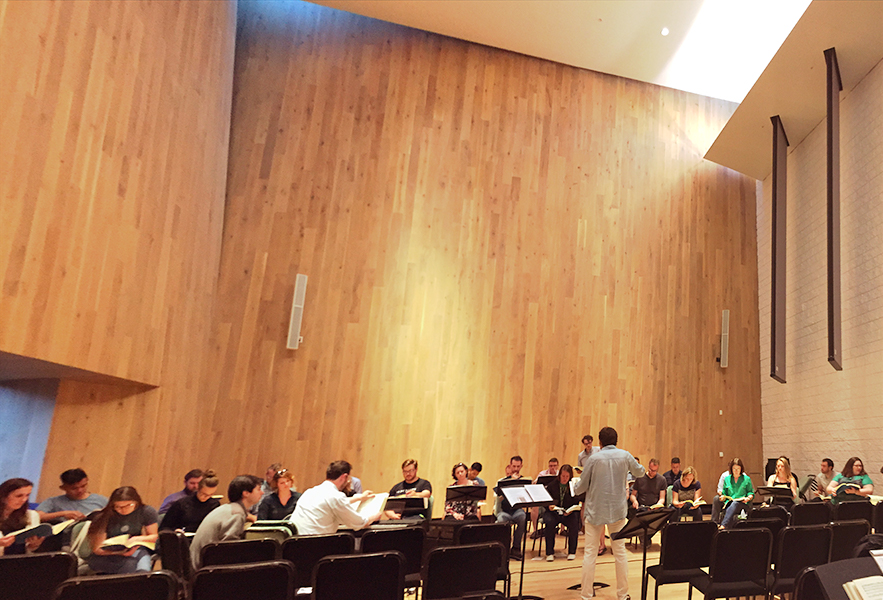 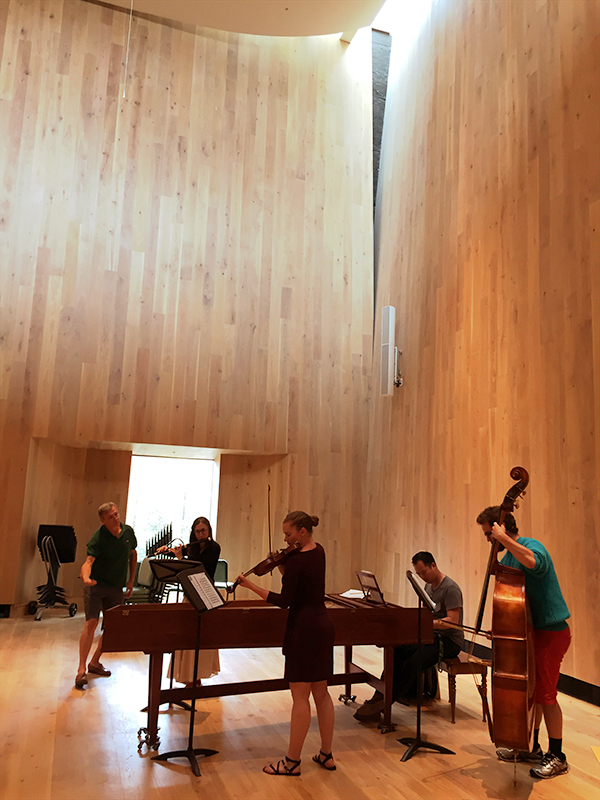 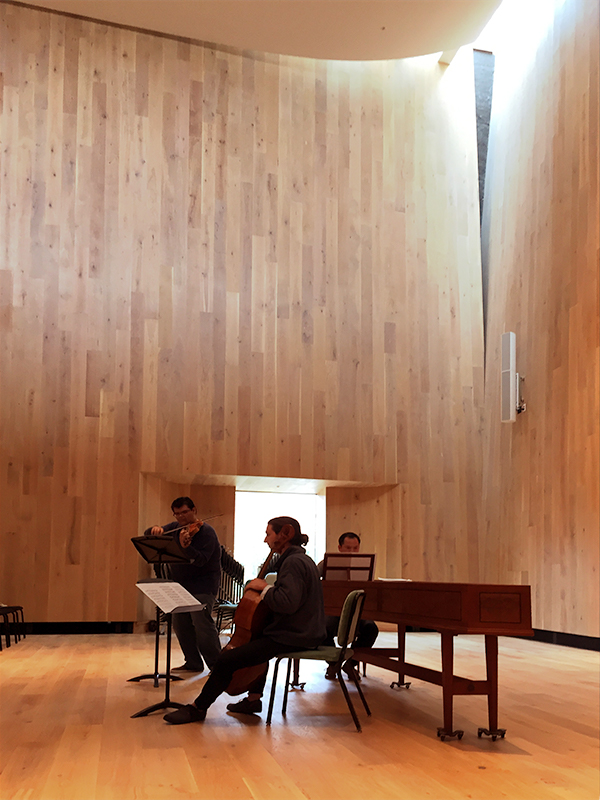