Portland Center for the Performing Arts

The Portland Center for the Performing Arts was built in downtown Portland as part of a successful urban renewal effort. Occupying nearly a city block across from a 1929 movie palace, the project included the renovation of the movie palace into a hall serving orchestra, opera, and touring shows, as well as the creation of two new theaters – the 900 seat Newmark Theater and the 350 seat Winningstad Theater.

The Newmark is a warm and embracing proscenium theater paneled in dark cherry, recalling theaters of the Edwardian era. It accommodates drama, musical theater, dance and chamber opera. To keep the audience close to the stage, there are two shallow balconies. The balconies wrap around the side walls of the theaters as horizontal single-row tiers with loose seating, embracing the audience and drawing them even closer to the stage. A sound transparent trellis in the shape of a dome caps the main seating area, allowing acoustic access to the reverberant volume in the top of the room. Surfaces in the room are mostly reflective, with horizontal bows on the side walls and vertical bows on the balcony fronts for diffusion. The tightly stacked seating tiers prevent the room from being too reverberant for drama.

The Winningstad is a highly flexible courtyard theater, the reddest black box you are ever likely to see. Three tightly stacked tiers for loose seating run around three sides of the room. The main floor can be set up in a variety of configurations, including the creation of an orchestra pit. The balcony fronts at the tiers are horizontal wood slats. The walls behind the tiers have fixed absorption at their widest point but are otherwise an open wood grille with adjustable surfaces behind.

In addition to the performance spaces the project includes a large rehearsal room and an unusual lobby. One portion of the lobby is a multi-storey rotunda lined with balcony fronts designed to recall a traditional Italian opera house. Performances are sometimes held on the main floor of this dramatic space, with the audience lining the various level of the rotunda. 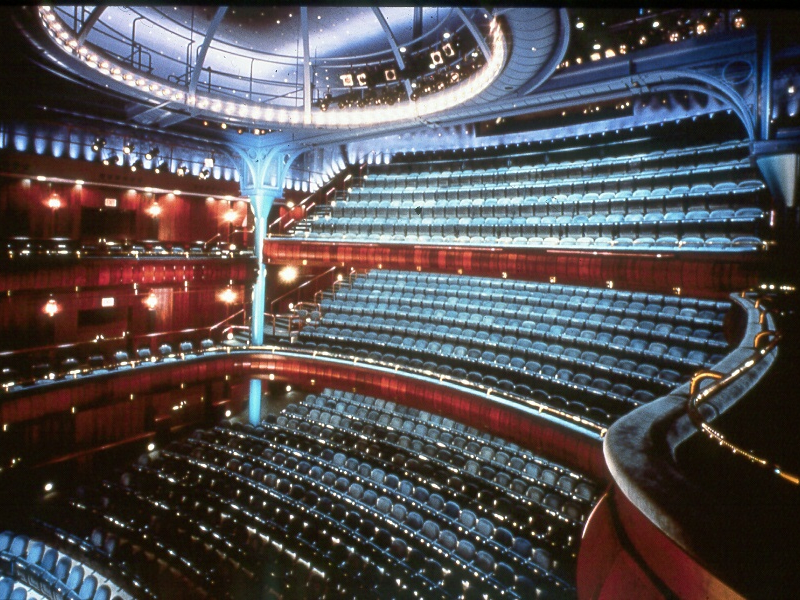 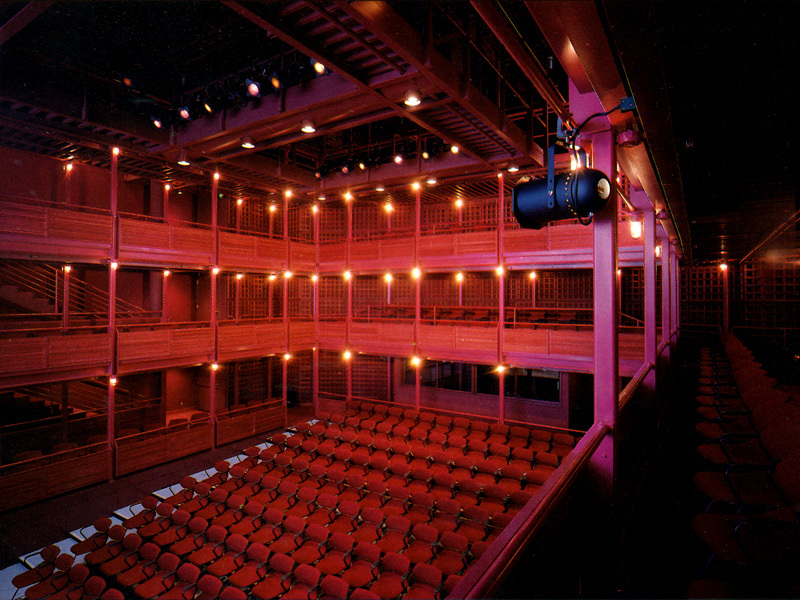