In 1987 Rice University hired Ricardo Bofill to create a new music building that would draw together their scattered music program under one roof. The resulting grandly-scaled neoclassical building includes a 1000-seat concert hall, a 250-seat recital hall, a black box space for opera, large rehearsal rooms for orchestra and percussion, multiple practice rooms, classrooms, and teaching studios, and a spectacular organ recital hall.

The Stude Concert Hall accommodates full orchestra, chamber ensembles, and recitals by visiting artists. The main floor of the hall is broken up by a raised parterre and loose seating in side arms. The balcony connects to side galleries that lead to a seating terrace behind the stage for audience or chorus. The walls are lightly bowed plaster on masonry, with deep pilasters in the upper zone. Velour banners can drop down between the pilasters to reduce reverberation. Large clerestory windows at the side walls are double glazed to keep out exterior noise. The hall’s ceiling has extensive sound-transparent perforated metal coffers in a plaster field to capture the attic volume. The Concert Hall has received universal acclaim from performers and audience for its beautiful acoustics.

The Edythe Bates Old Organ Recital Hall seats 200 in a narrow room 70 feet high. The hall is home to a French-style 75-stop Fisk/Rosales tracker organ. Choirs and early music ensembles also perform in the hall. Adjustable velour draperies moderate the reverberation time from 6.5 seconds down to 2.2 seconds. Walls are a combination of well-sealed, painted split-face block, precast concrete pilasters and clerestory windows. Schroeder diffusers behind the audience soften the return of sound to the organist.

The official construction cost conceals substantial donations of effort and materials by the contractor, Miner-Dederick. The remarkable quality of the finished building is a tribute to the active collaboration of George Miner and Dean Michael Hammond with the design team. 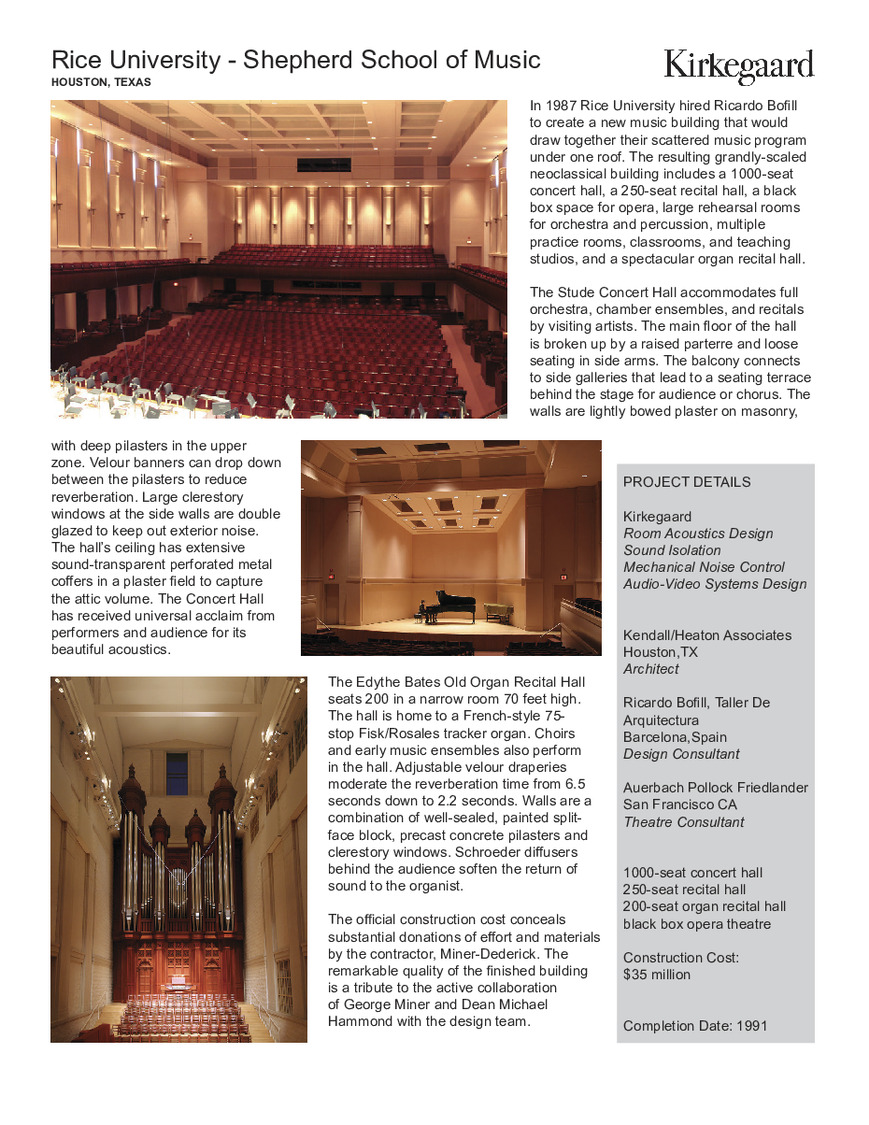 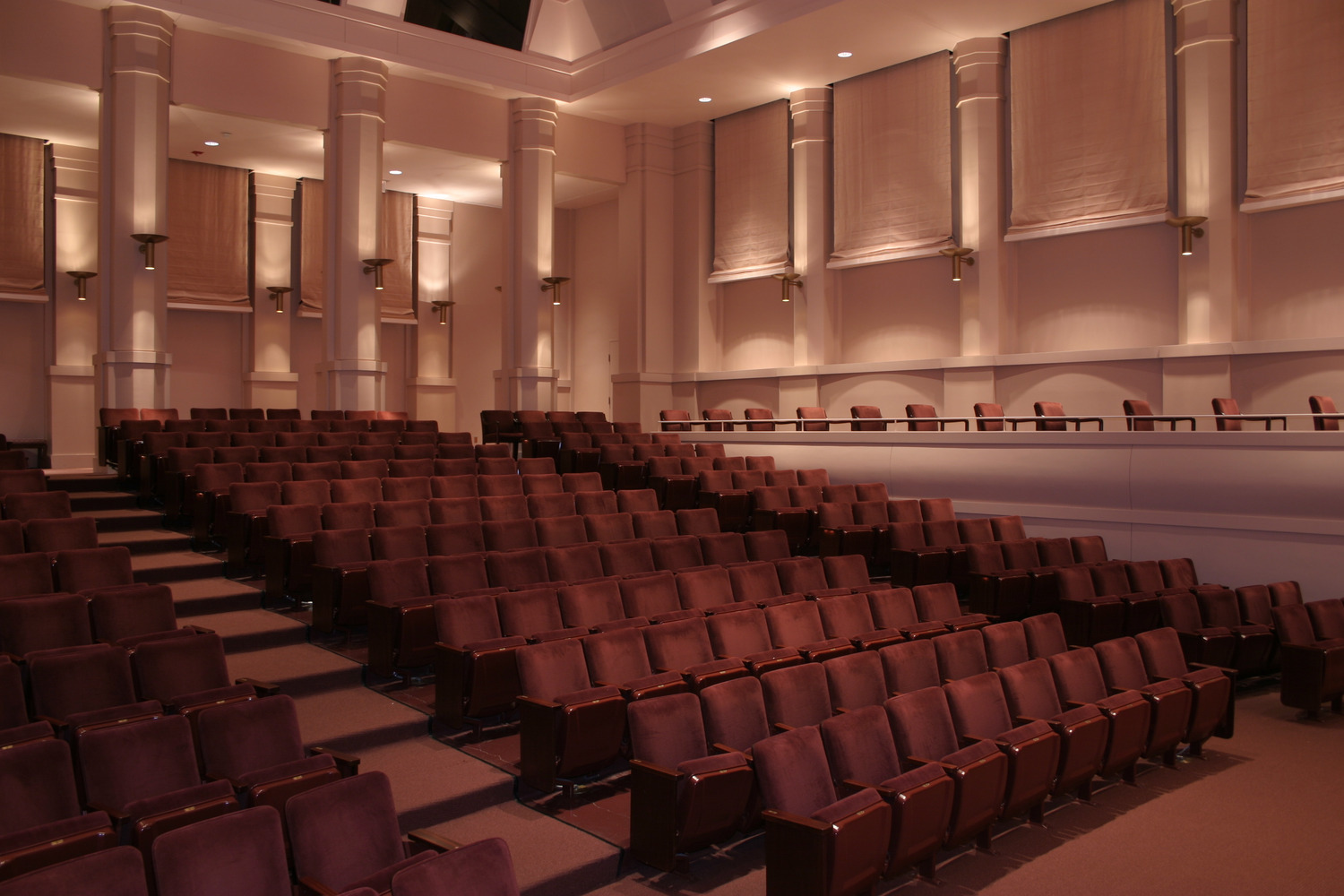 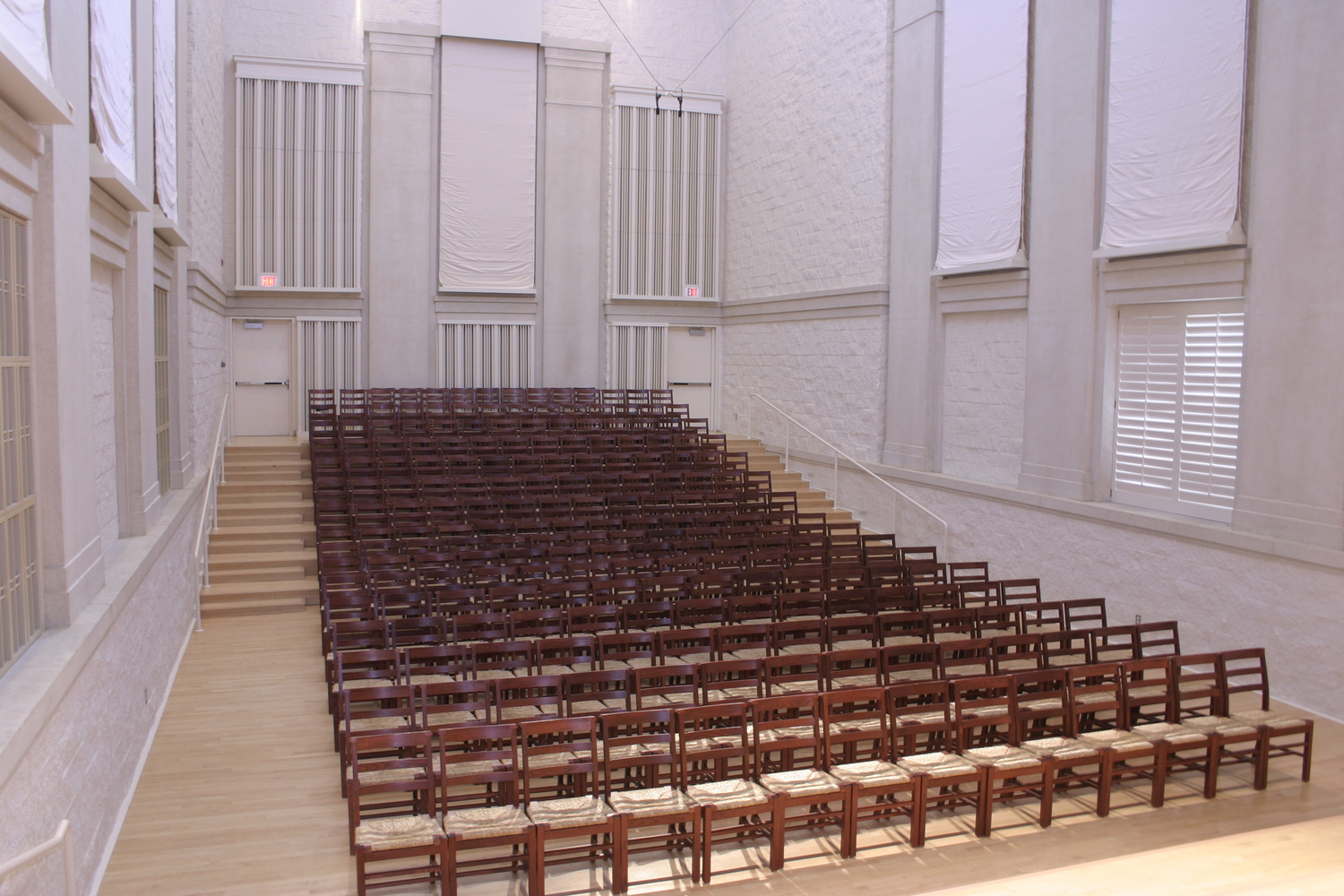 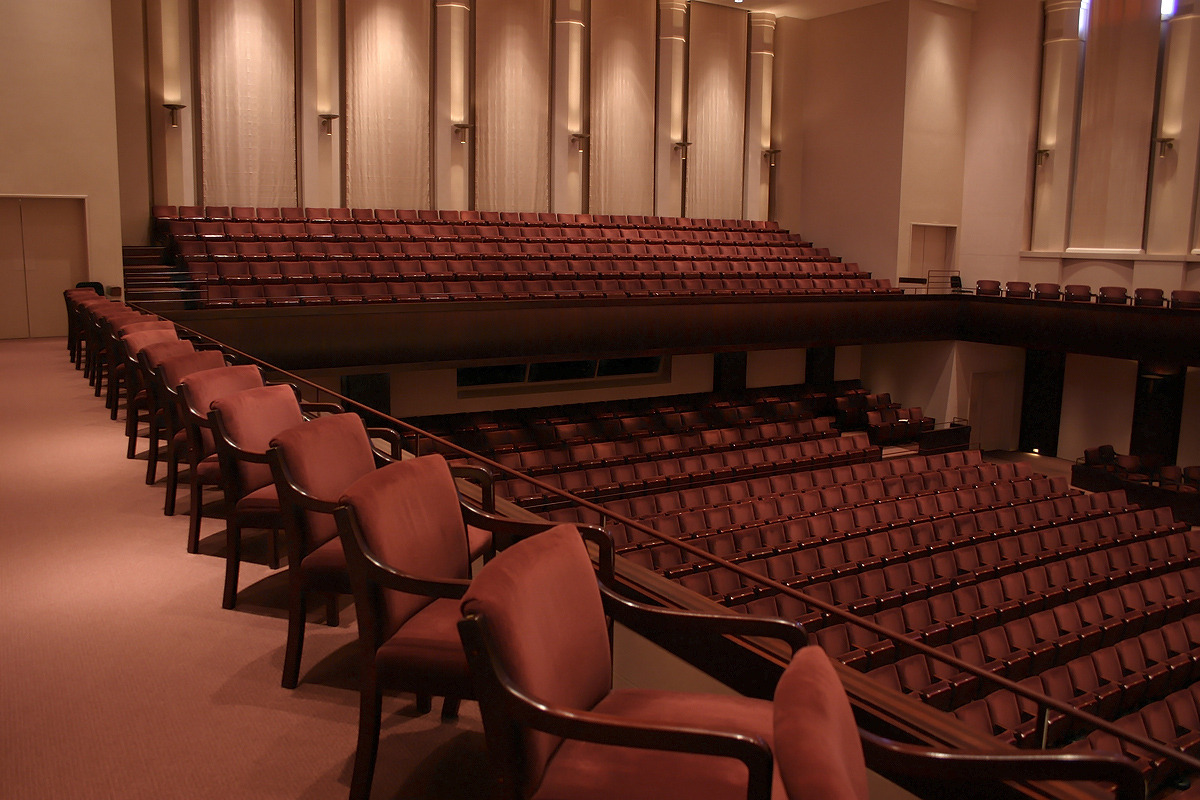 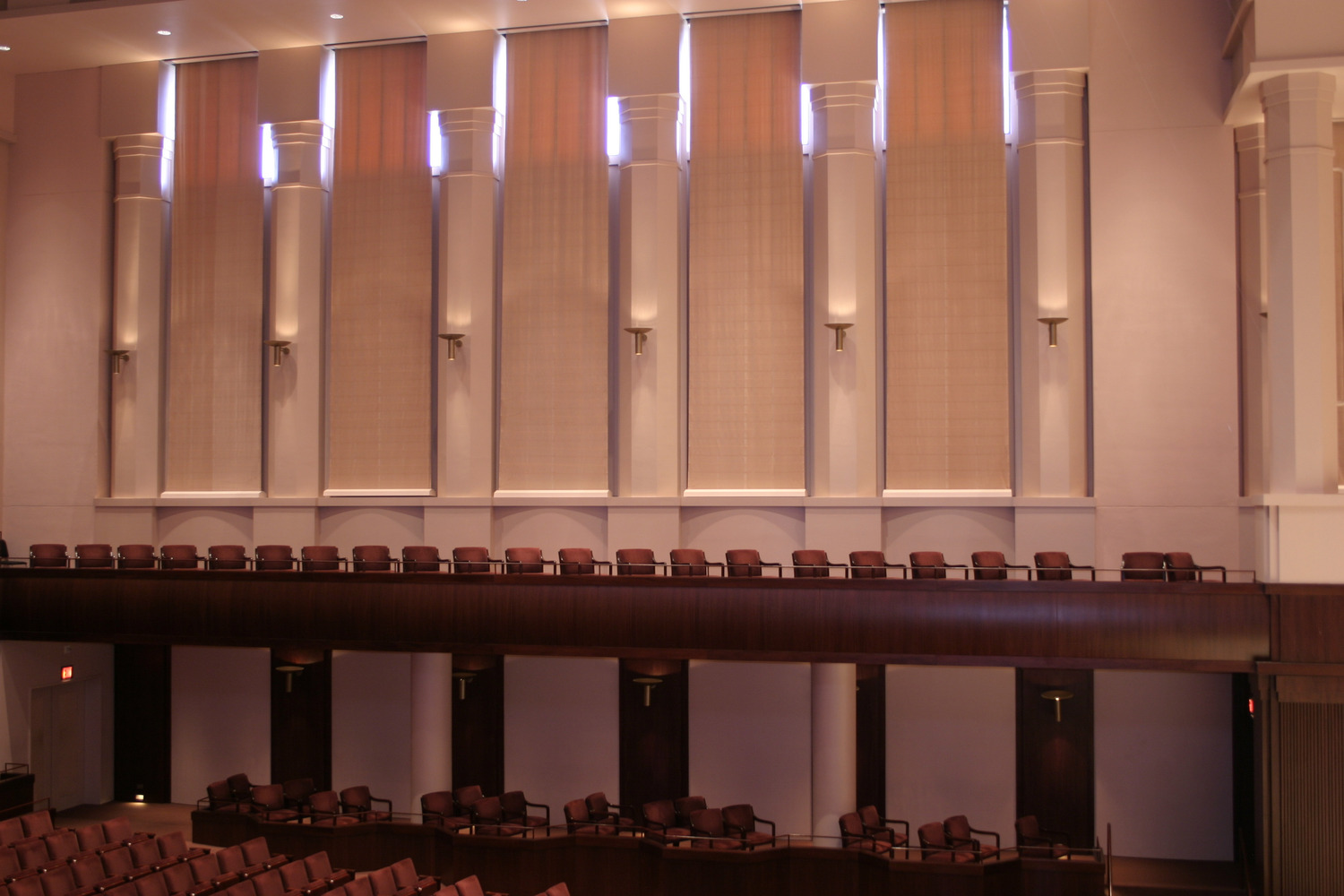 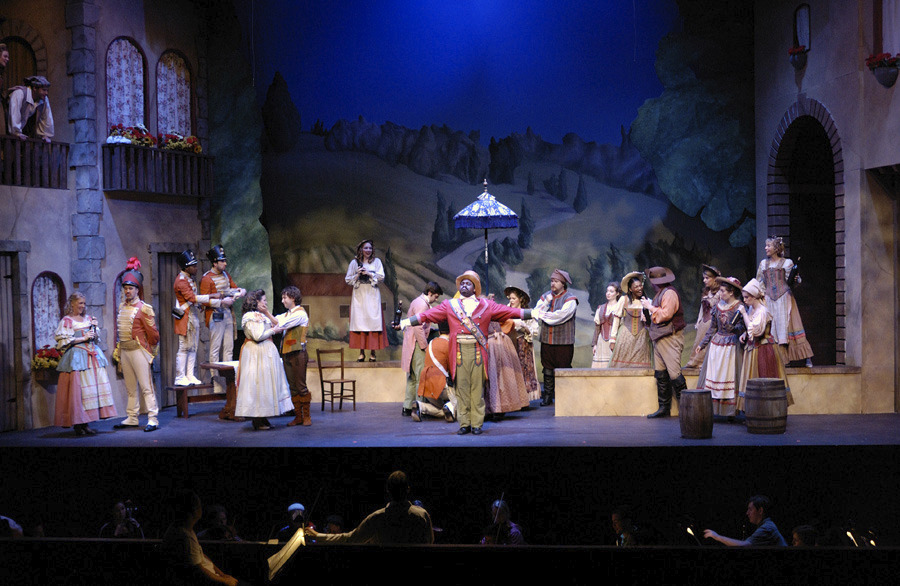 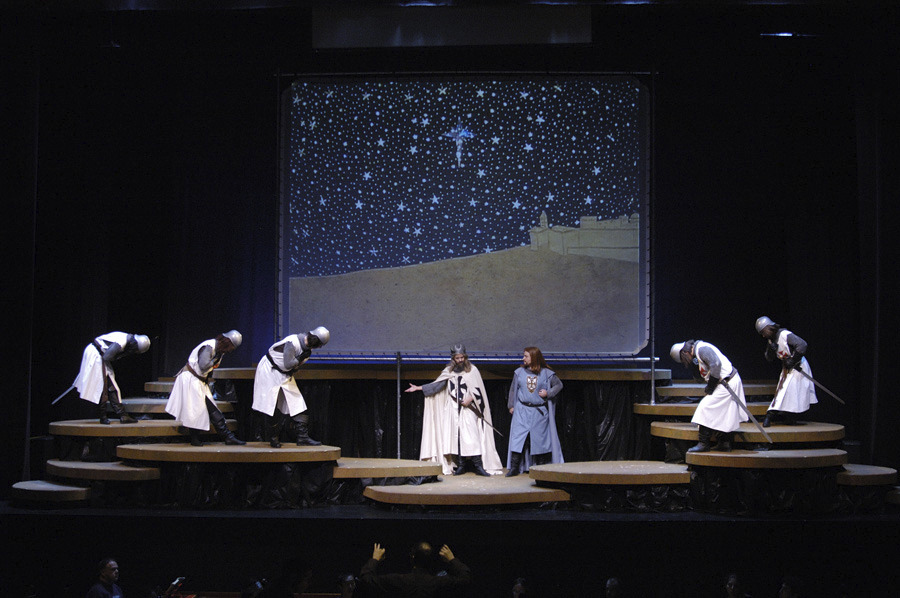 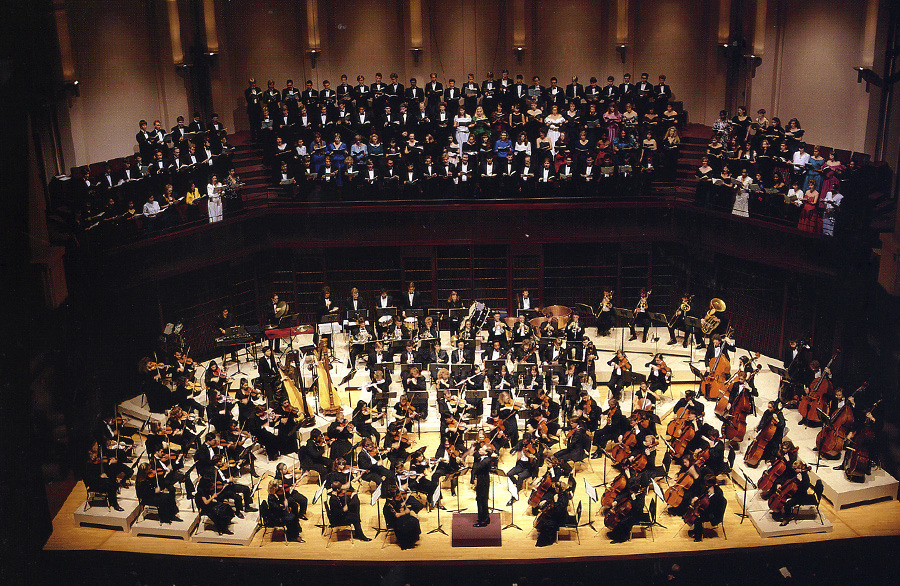 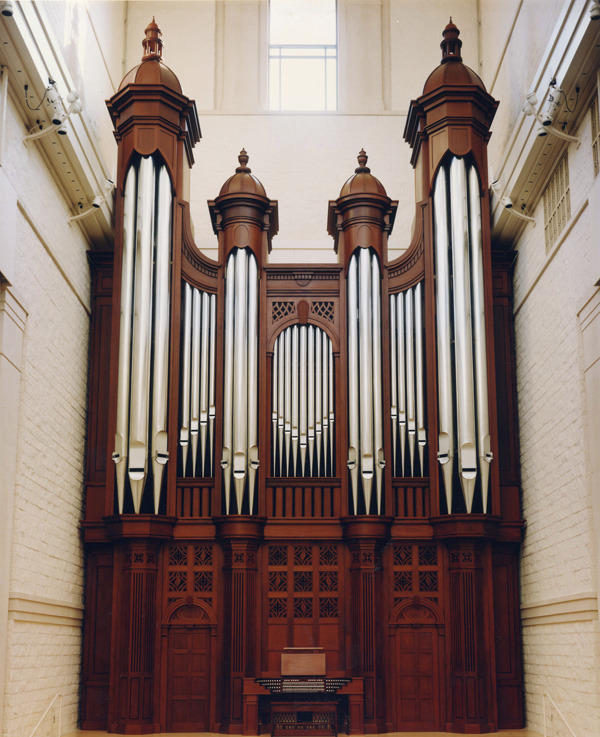 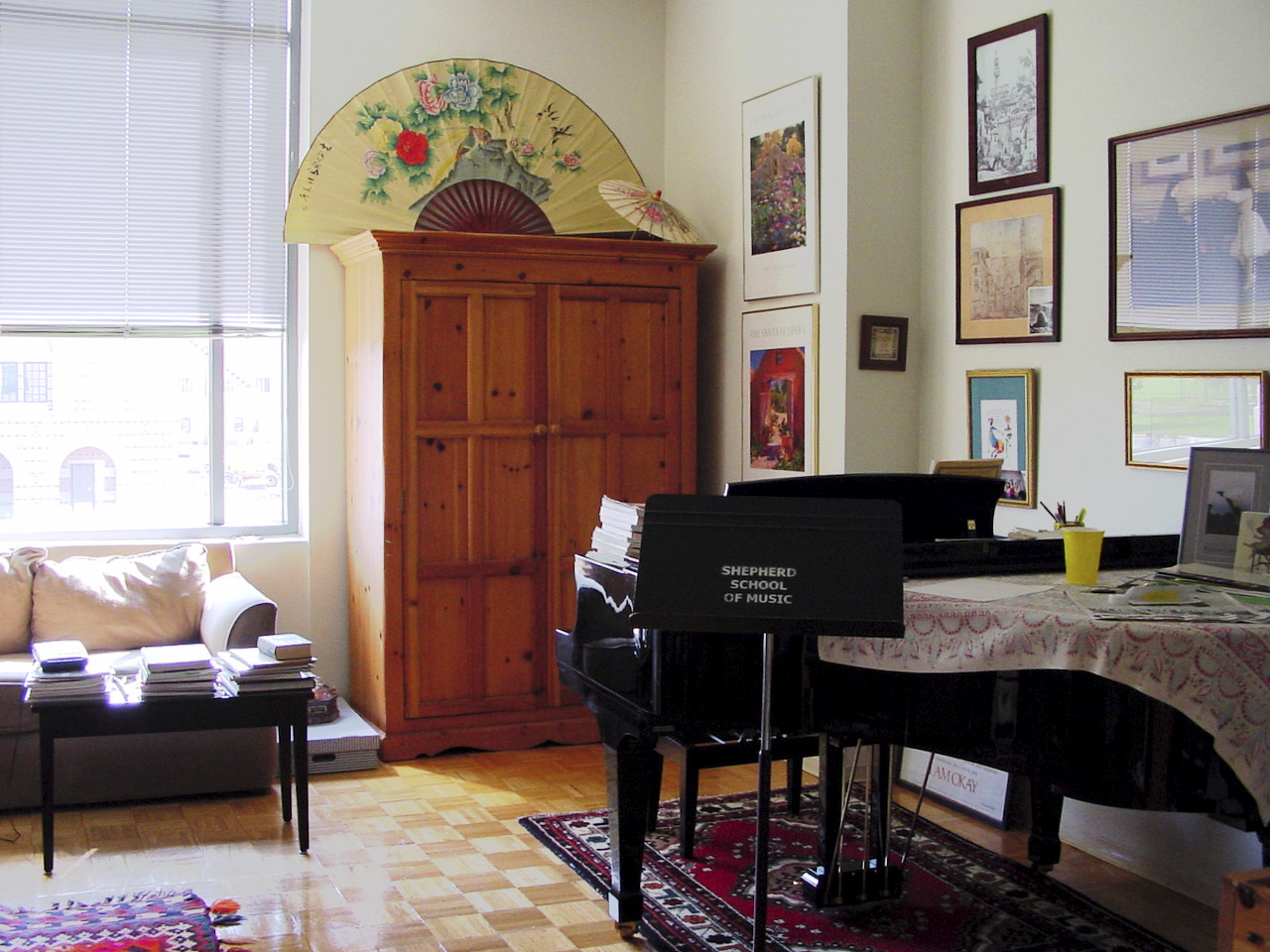