At the heart of the 320,000 square foot redevelopment of the Sydney Conservatorium lies Verbrugghen Hall. Originally constructed in 1915 within the central courtyard of a nineteenth-century stables building, Verbrugghen has undergone a thorough acoustical renovation in accordance with heritage guidelines.

Before redevelopment, a deep balcony and proscenium obscured the underlying plan of a golden rectangle terminated by a semi-circular apse. While the walls were built of up to 3-foot-thick masonry, the floor and ceiling consisted of thin timber boards. Ventilation was provided by operable windows and attic vents leading to cupolas on the roof. Trains ran in two tunnels immediately east of the building, and an expressway tunnel ran to the west.

To achieve the reverberation and energy density appropriate for chorus, orchestra and organ, a 20% increase in acoustic volume and a massive room envelope have been realized. The sound-robbing ceiling has been perforated to gain access to the attic space, and a new balcony pushes 23 feet beyond the outline of the original courtyard. The roof now consists of precast concrete panels, and the floor is a concrete slab resting on vibration-isolation pads.

The 60-foot room width made possible the design of a performer riser system that accommodates a full symphony orchestra. When the shallow gallery surrounding the performance platform is not occupied by a chorus, concert audiences as large as 550 can be seated. Master class seating on the platform increases the seat count to 700. Modest acoustical variability is provided by motorized vertical banners at the upper side walls. 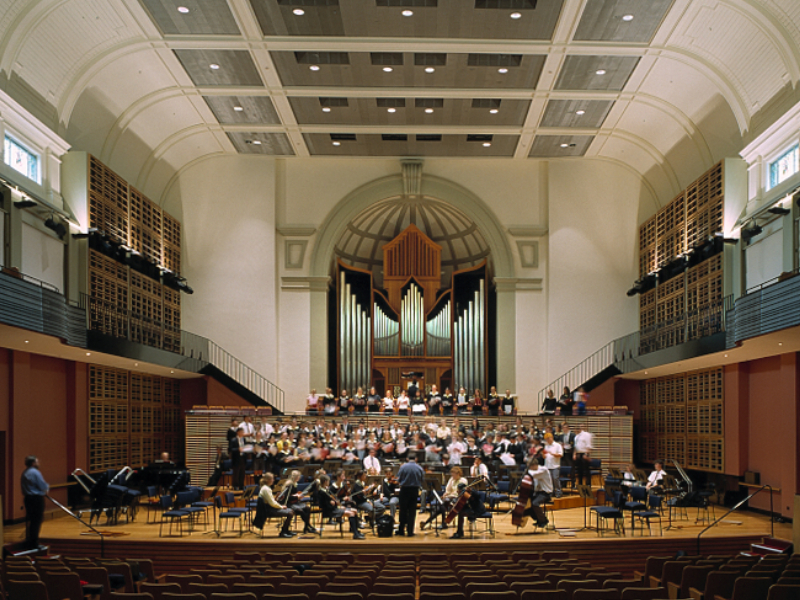 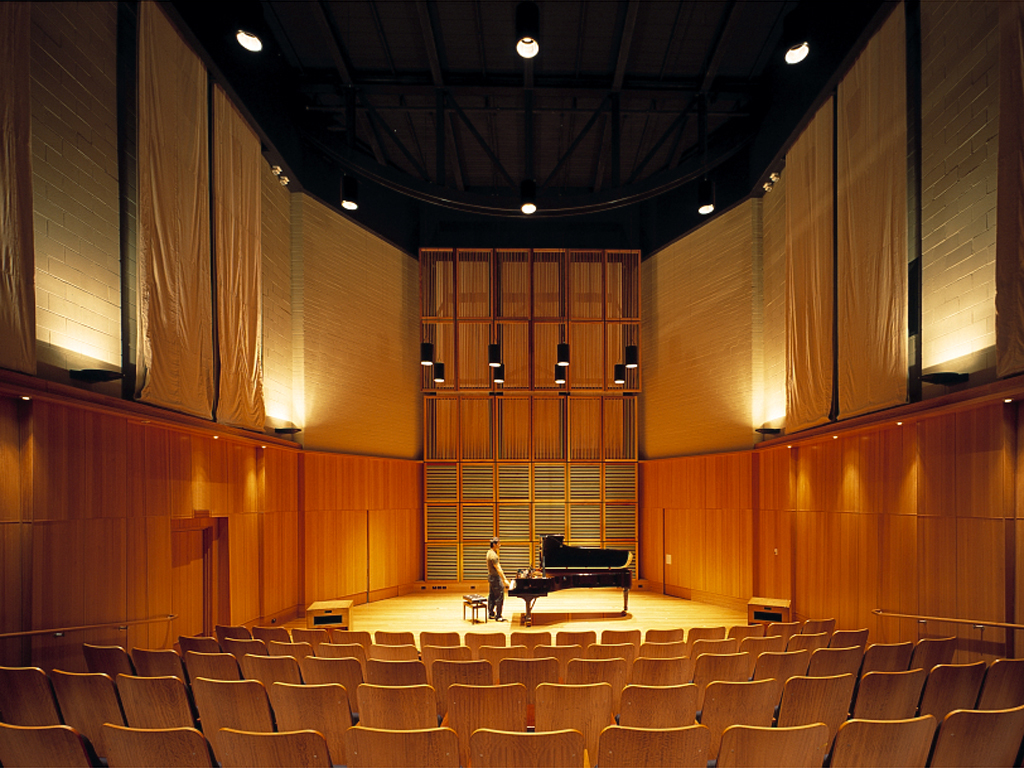 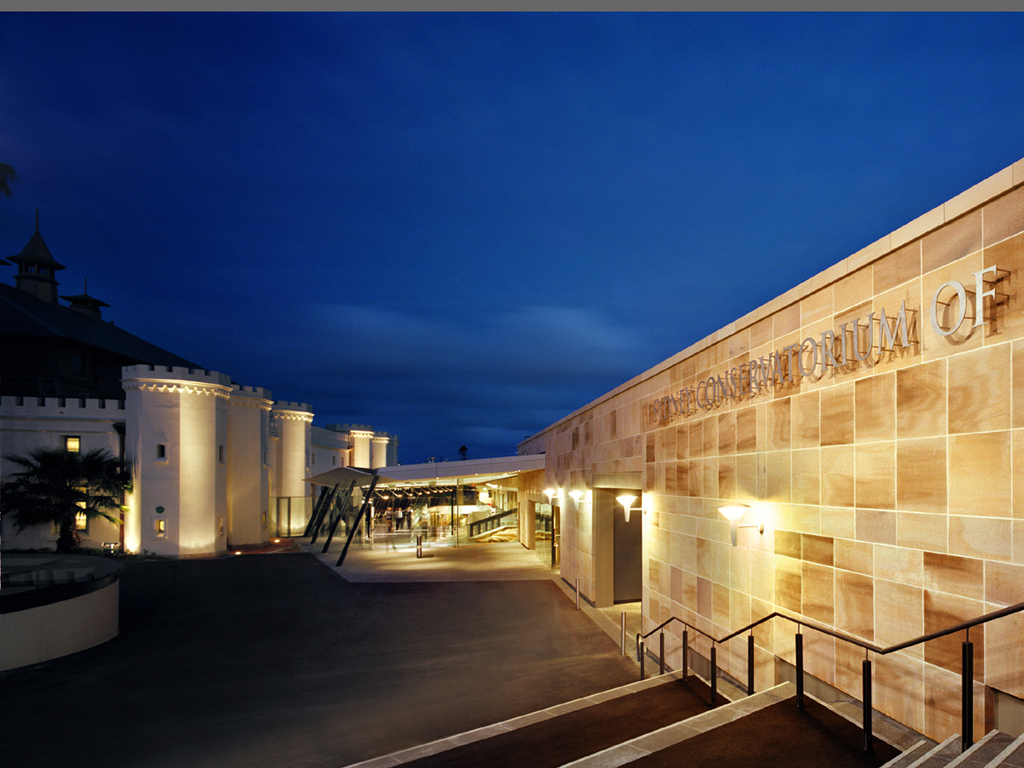 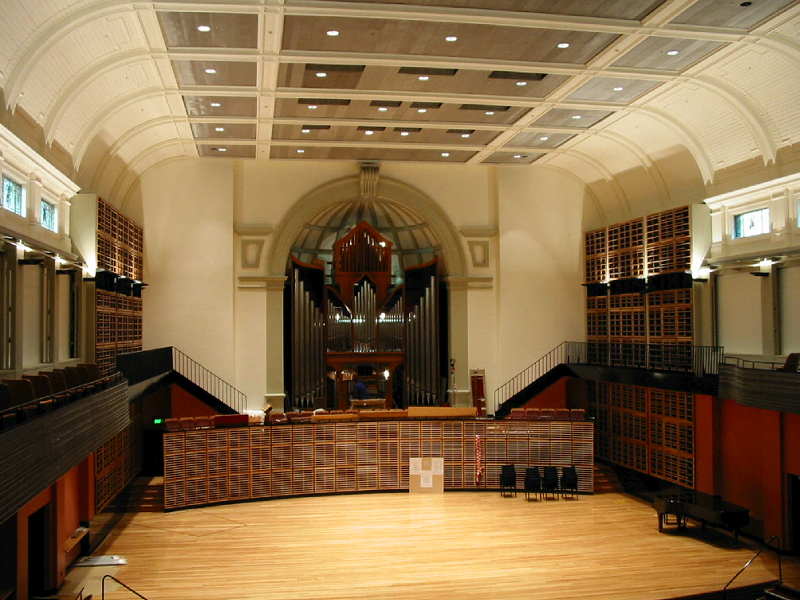