The Alys Robinson Stephens Performing Arts Center is a new structure built adjacent to the 1960s music building at the University of Alabama, Birmingham. The PAC complements the existing facilities by focusing on performance halls. It includes the 1300-seat Jemison Concert Hall, a 450-seat proscenium theater, a black box theater, and a 100-seat recital hall, all served by one monumental lobby.

The original budget for the project did not allow the users’ full program to be recognized. Rather than paring the program to the point of failure, the program was reduced somewhat and the available money was spent building the shell of the desired building. As subsequent funding became available, the performing spaces and lobby were gradually designed and fitted out. Although there were inevitable compromises inherent in this process, in the end UAB gained a more diverse and higher quality building than initially seemed possible. The success of the concert hall, the first space to open, helped secure funding for the remaining spaces.

To accommodate the huge range of audience sizes expected for the concert hall, the main floor was kept relatively small, with nearly half the seats in the large balcony. Side boxes, side galleries, and a low balcony front further emphasize the sense of intimacy in the room. The stage is sized for full orchestra but narrows towards the back; a choral terrace accommodates choruses or audience members who want a close look at the orchestra.

Walls are slightly bowed, painted split-face block with gypsum-board pilasters that serve as pockets for acoustic curtains. A plaster collar in the room defines a lower ceiling plane than the actual acoustic ceiling. The room has a wonderful character of sound – warm and clear. 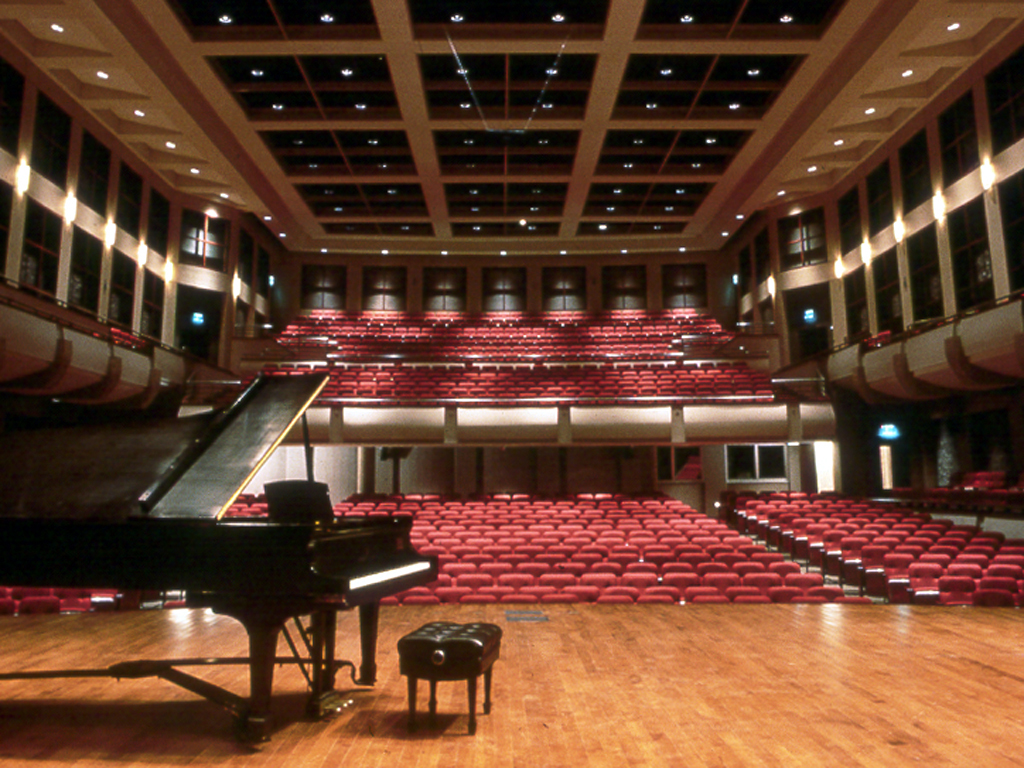 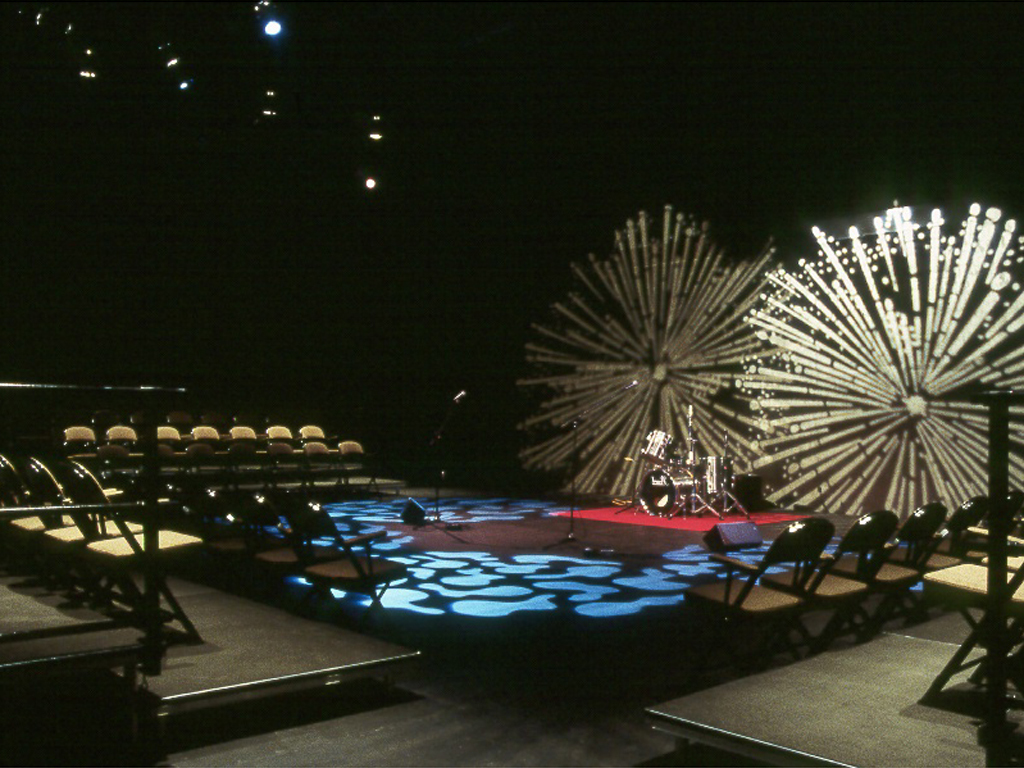 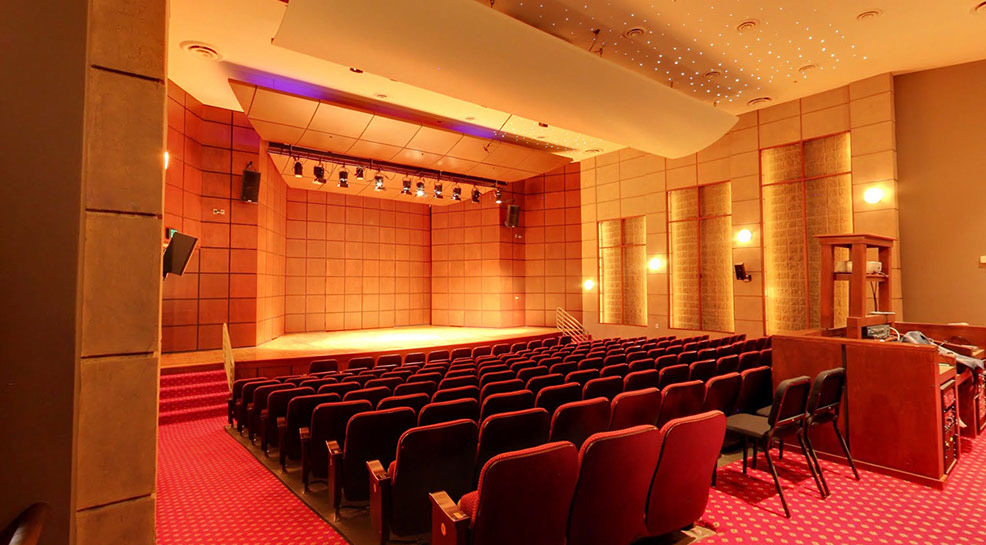 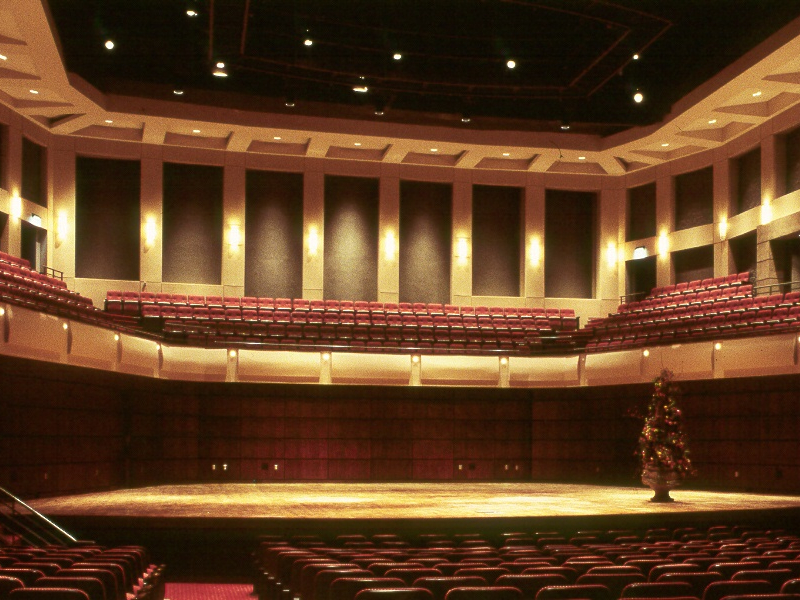 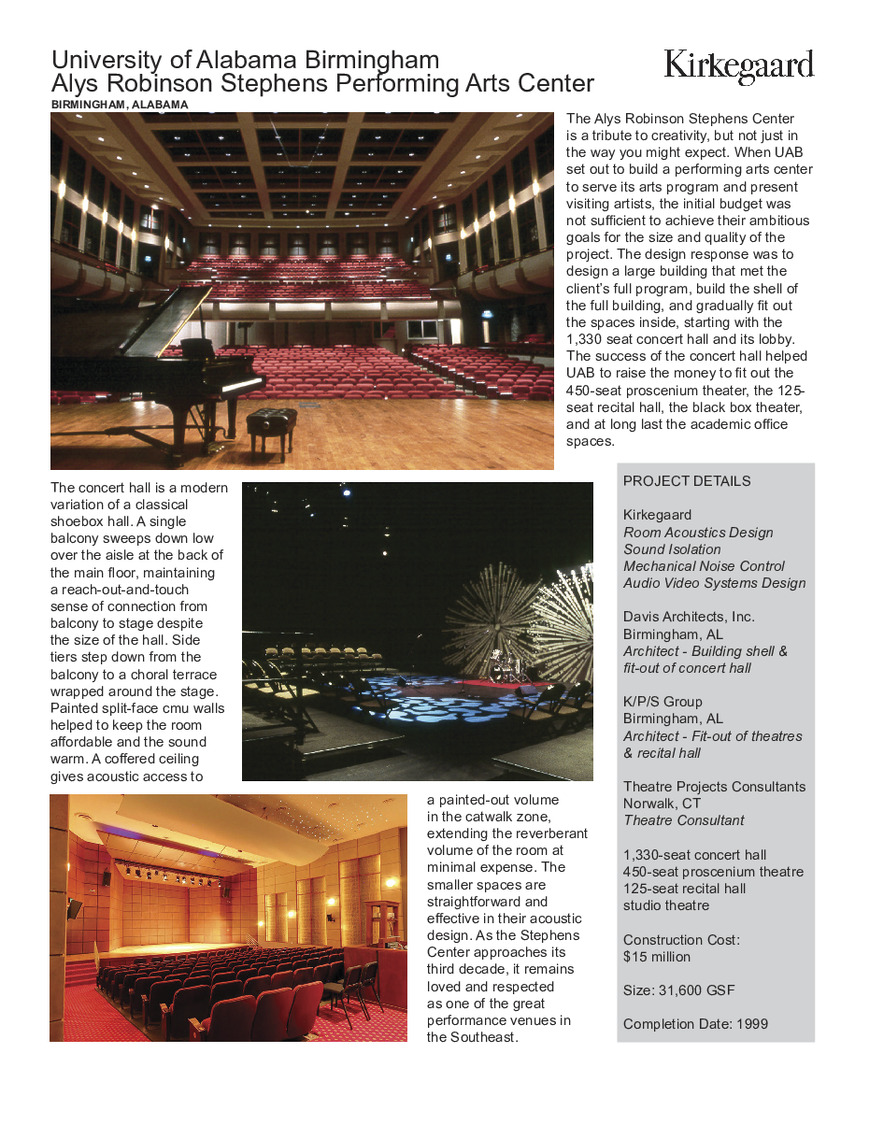