University of North Texas College of Music Recital and MEIT

By Rowan Moore-Seifred|2022-05-05T13:33:05-06:00December 29th, 2021|Education, Higher Education, Projects|
The University of North Texas - College of Music (COM) is one of the largest and most prestigious music education programs in the United States. The Music Building located at the heart of the campus is the creative hub for music students, faculty and staff. It was built in the 1970s and contains several rehearsal and performance spaces that need to be updated. The choral rehearsal hall was completely gutted and renovated to support choir ensembles up to 80 seated and 140 standing on fixed risers. The hall has large, pivoting upstage walls that open up to create a recital screen for junior recitals. Sound absorptive drapes deploy in the upper half of the space to control the loudness of the large ensembles in a limited volume. The recital hall is used for lectures with amplified and unamplified music, rehearsals and performances for small ensembles. This hall has been visually and acoustically transformed to better support the high level of music performance at the COM. The stage surround has been reshaped to support the performers and provide even coverage for the audience. Banners allow the hall to be used for loud ensembles and future immersive audio. Merrill Ellis Intermedia Theatre is visually similar to a flexible black box theater. It is equipped with sound diffusive surfaces and adjustable drapes to support 36.2 ambisonics audio system, a concentric array of loudspeakers that immerse the audience in a dome of sound, 5-screen video projection, with capability for amplified and unamplified ensembles and dance.
Project Details
Audiovisual Systems Design
Mechanical Noise Control
Room Acoustics Design
Sound Isolation
Infrastructure
BRW Architects Dallas, Texas Architect of Record
Schuler Shook Dallas, Texas
235-seat Recital; 120-seat MEIT; 85-seat Choral Rehearsal
3800000
Denton
TX 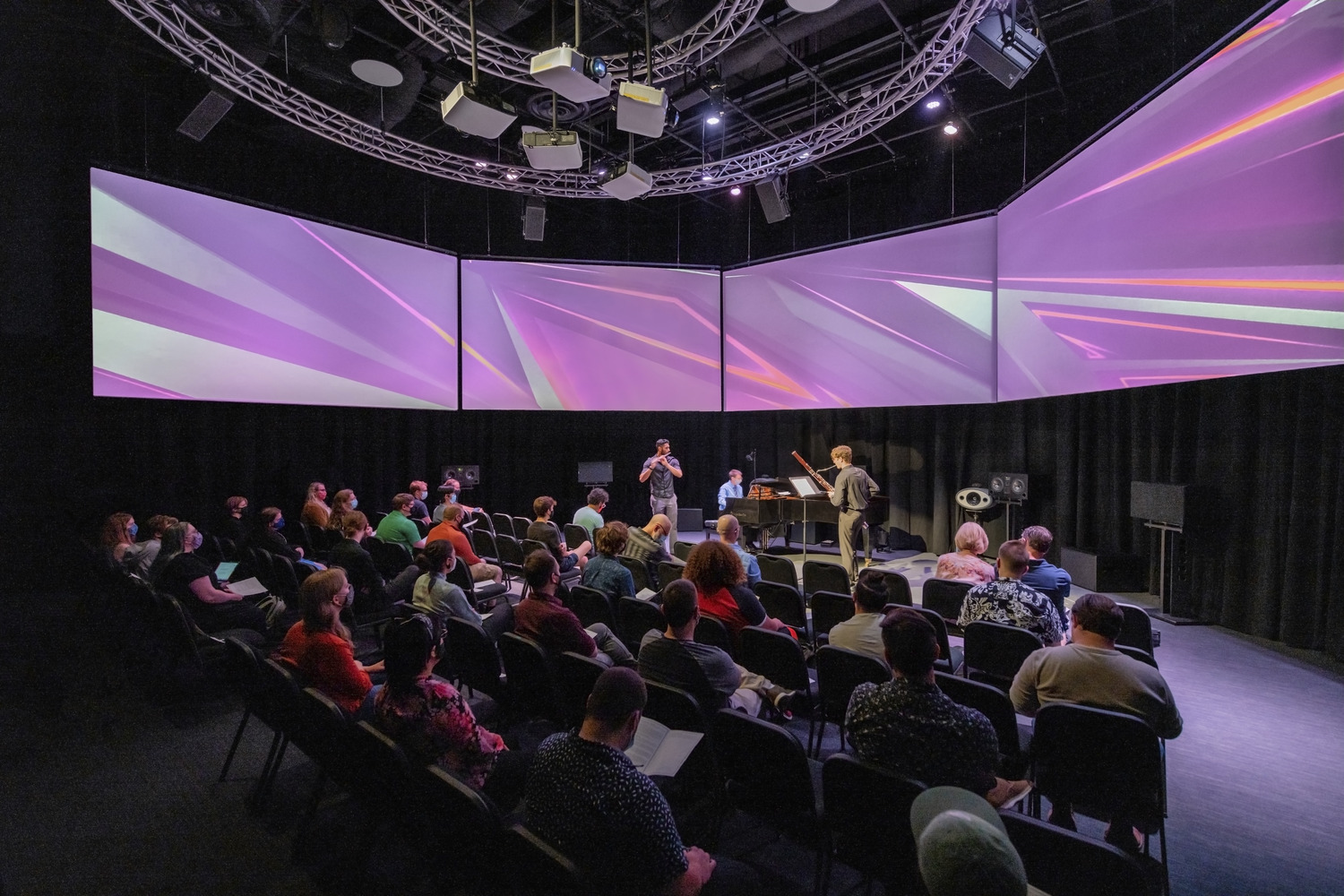 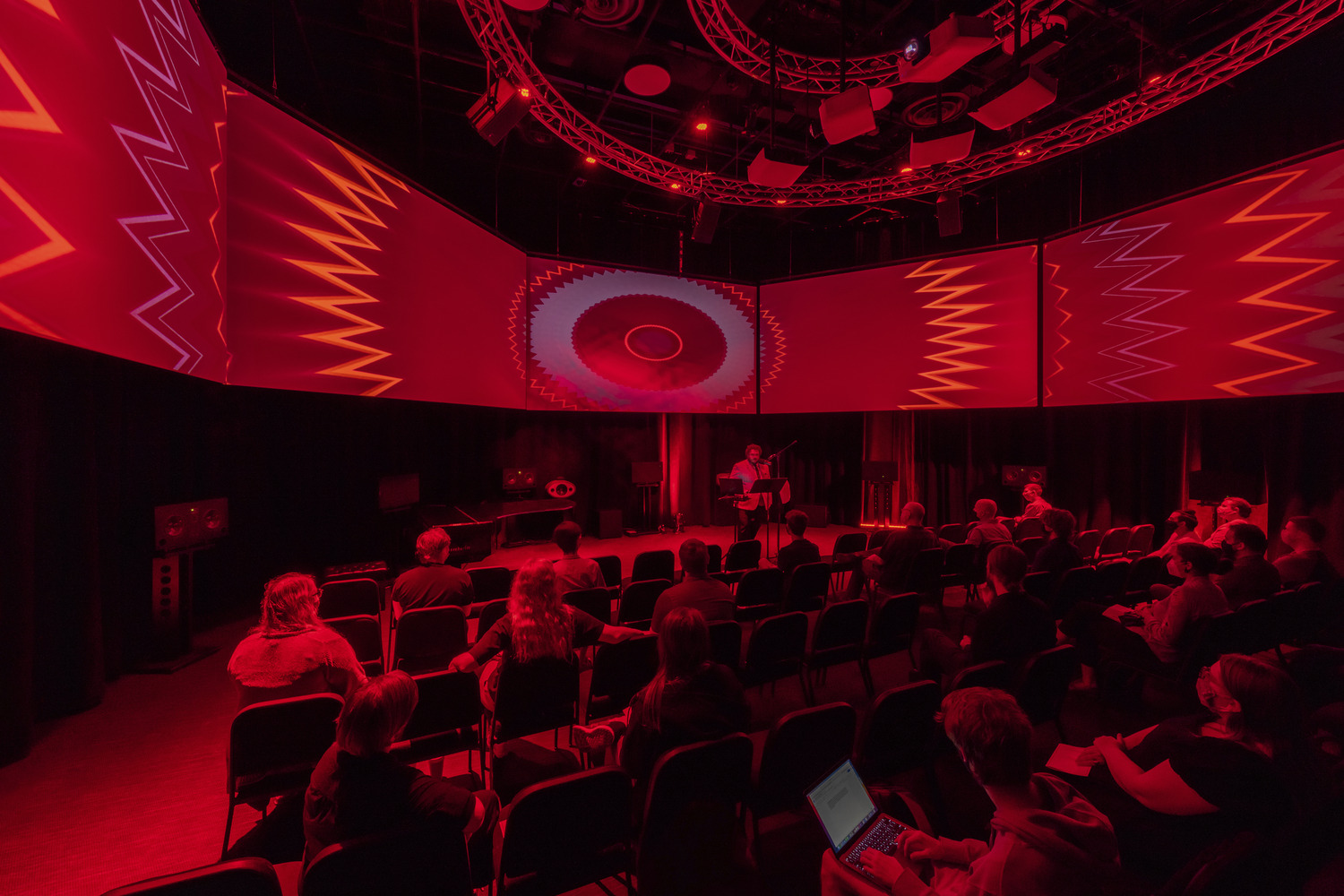 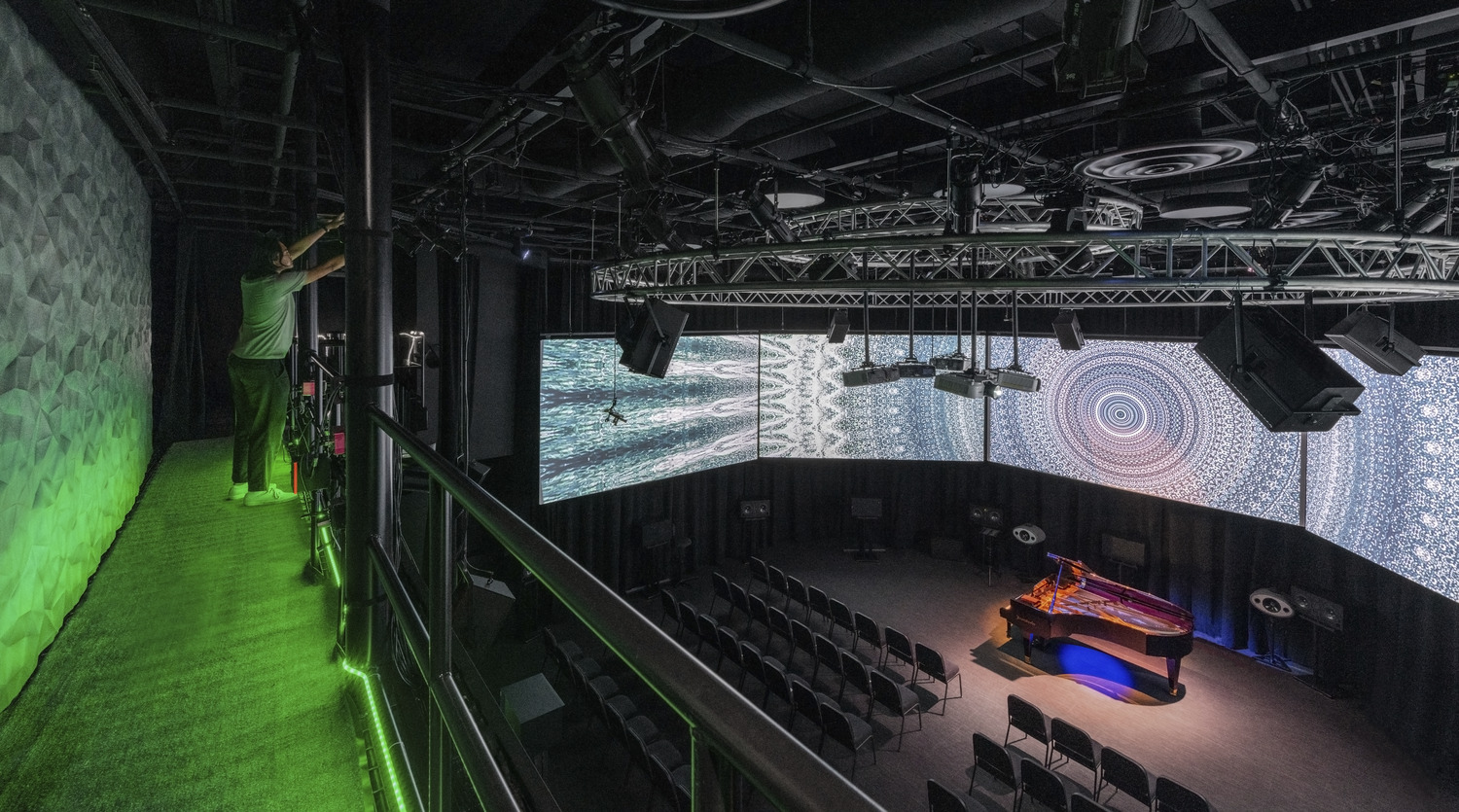 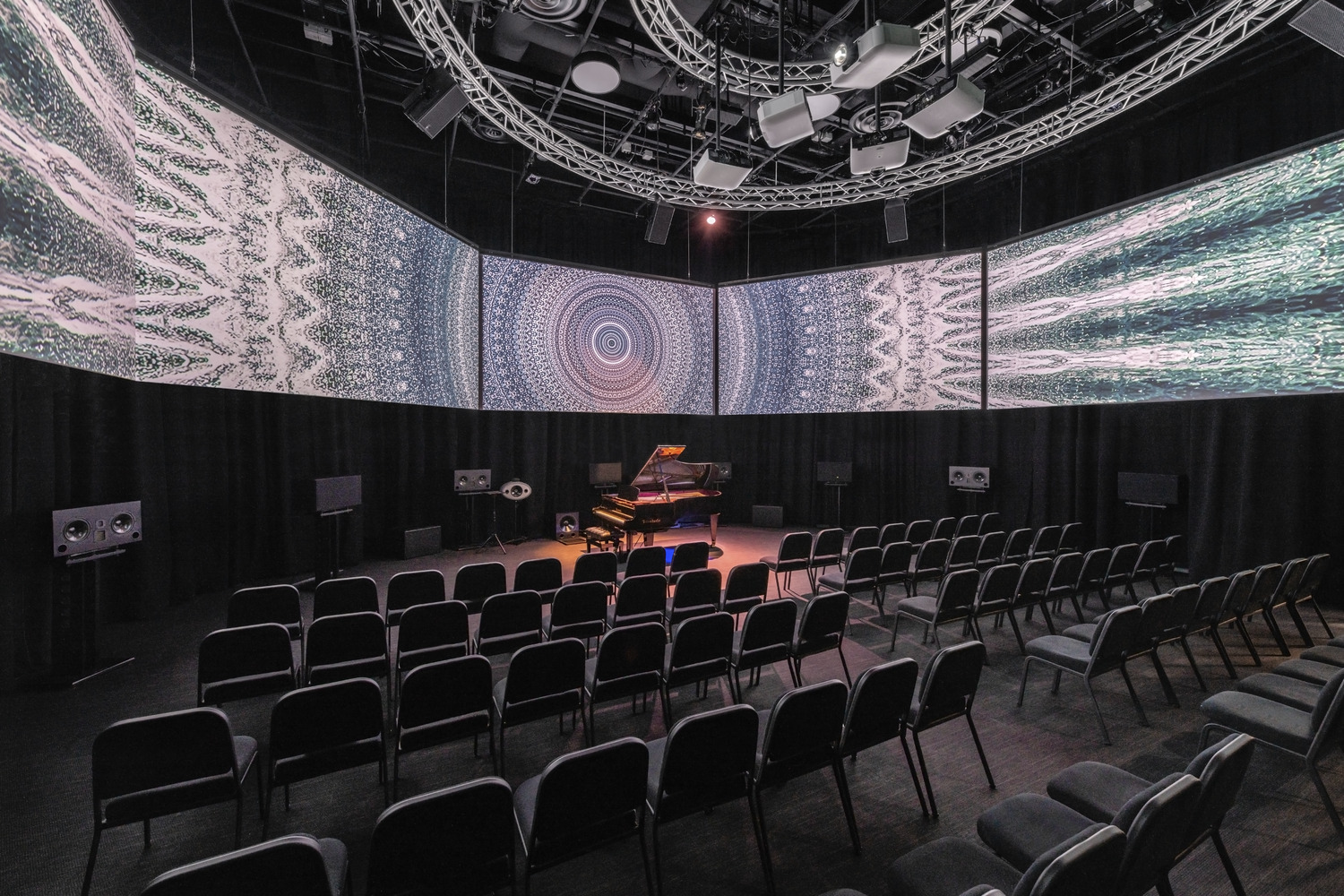 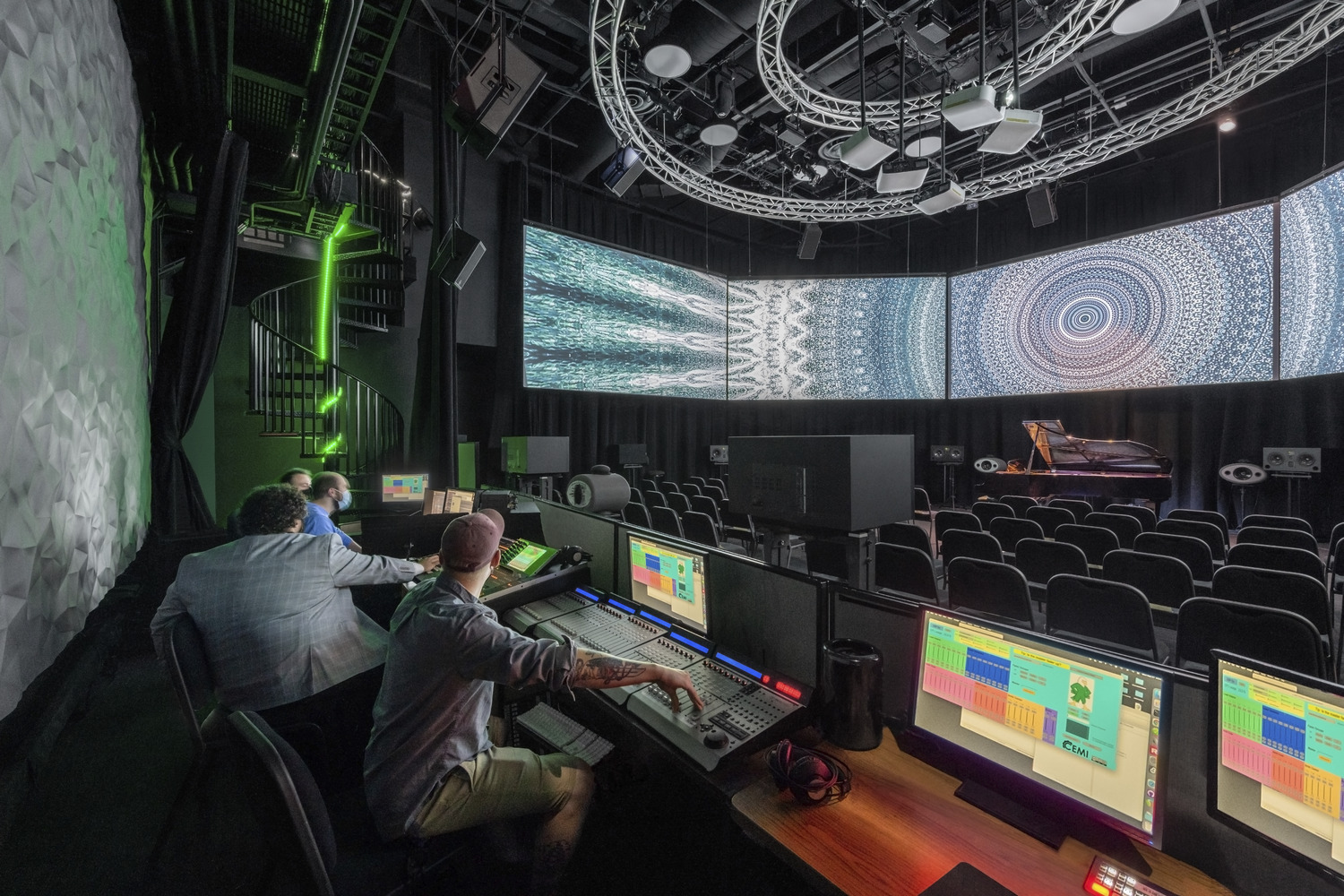 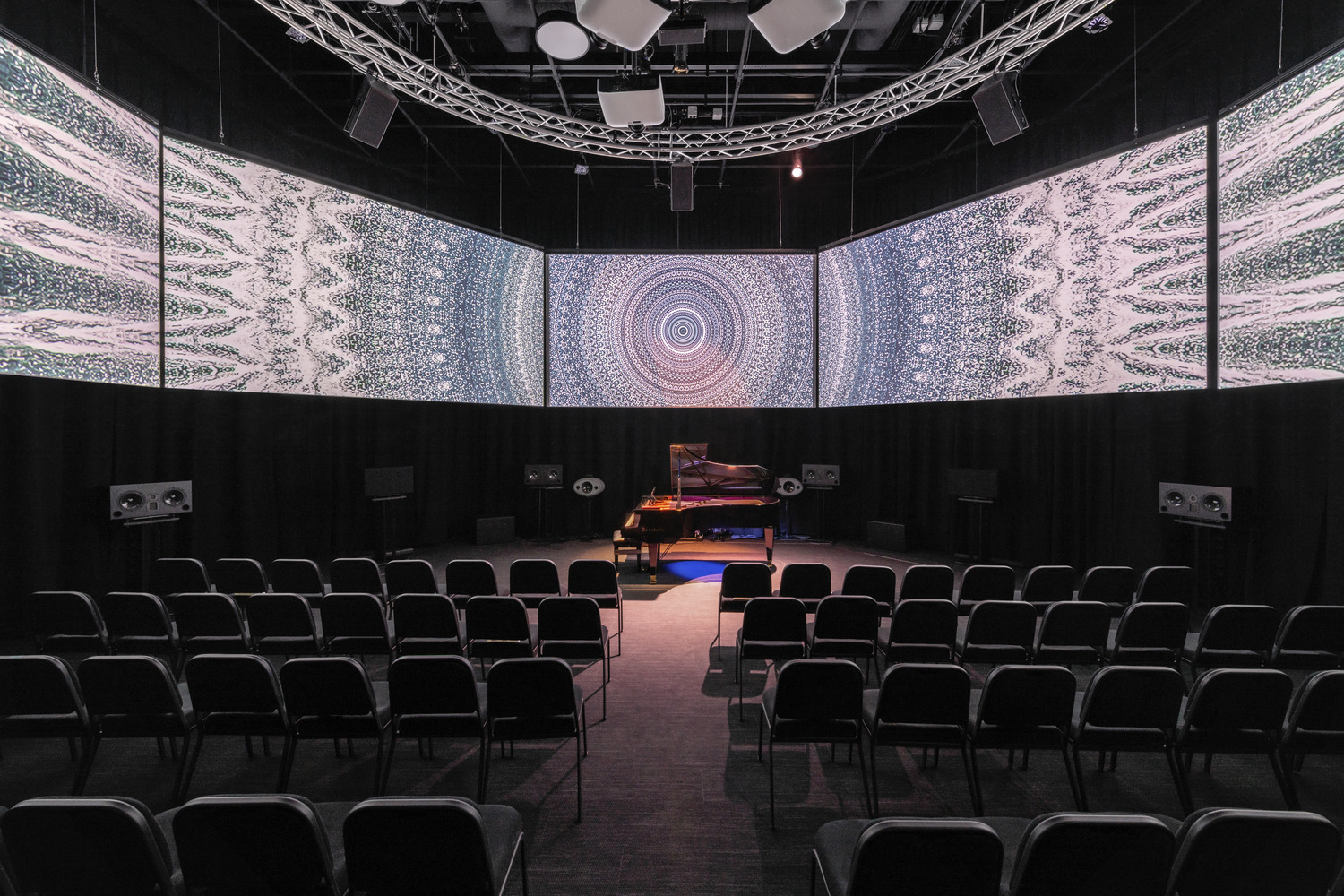 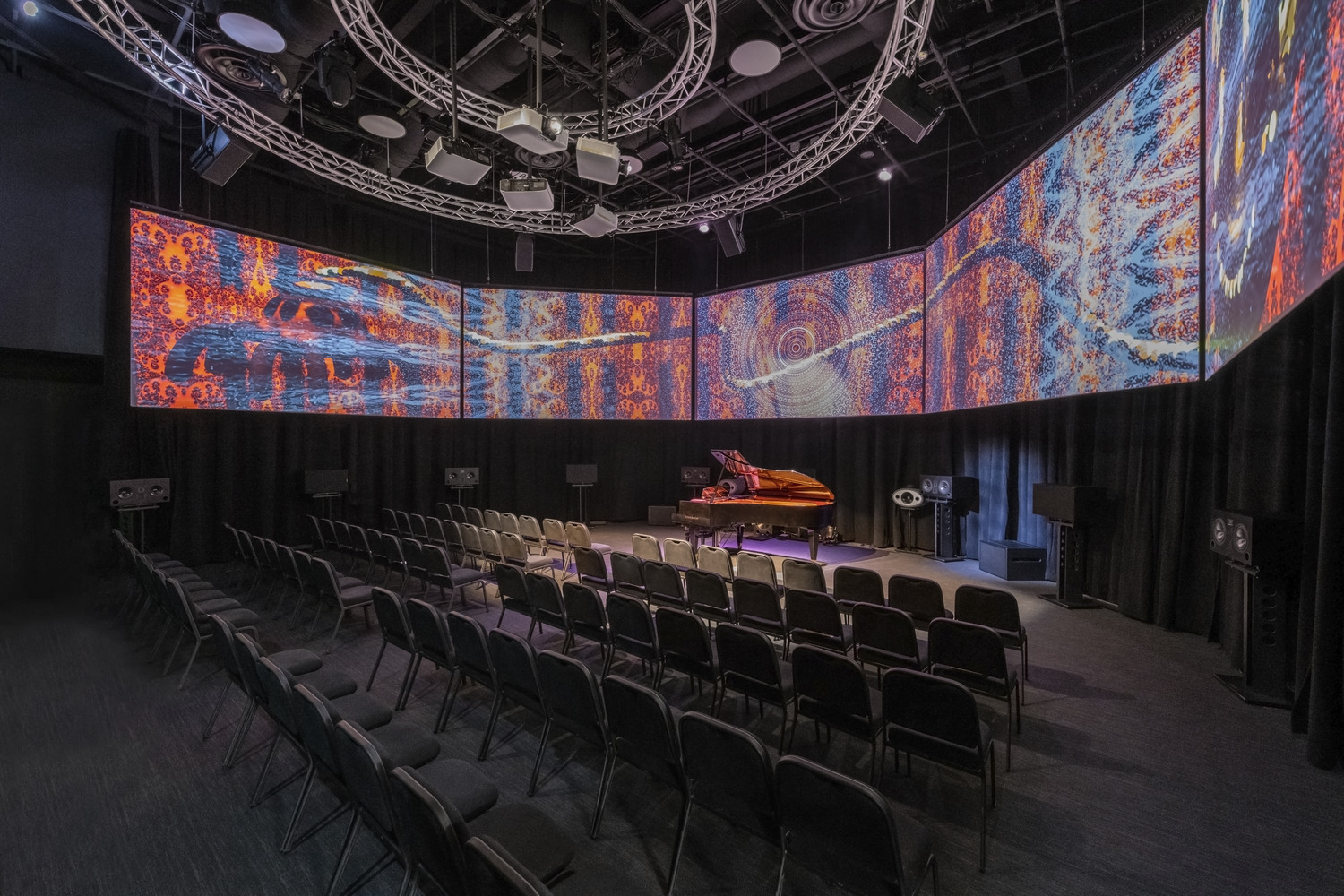 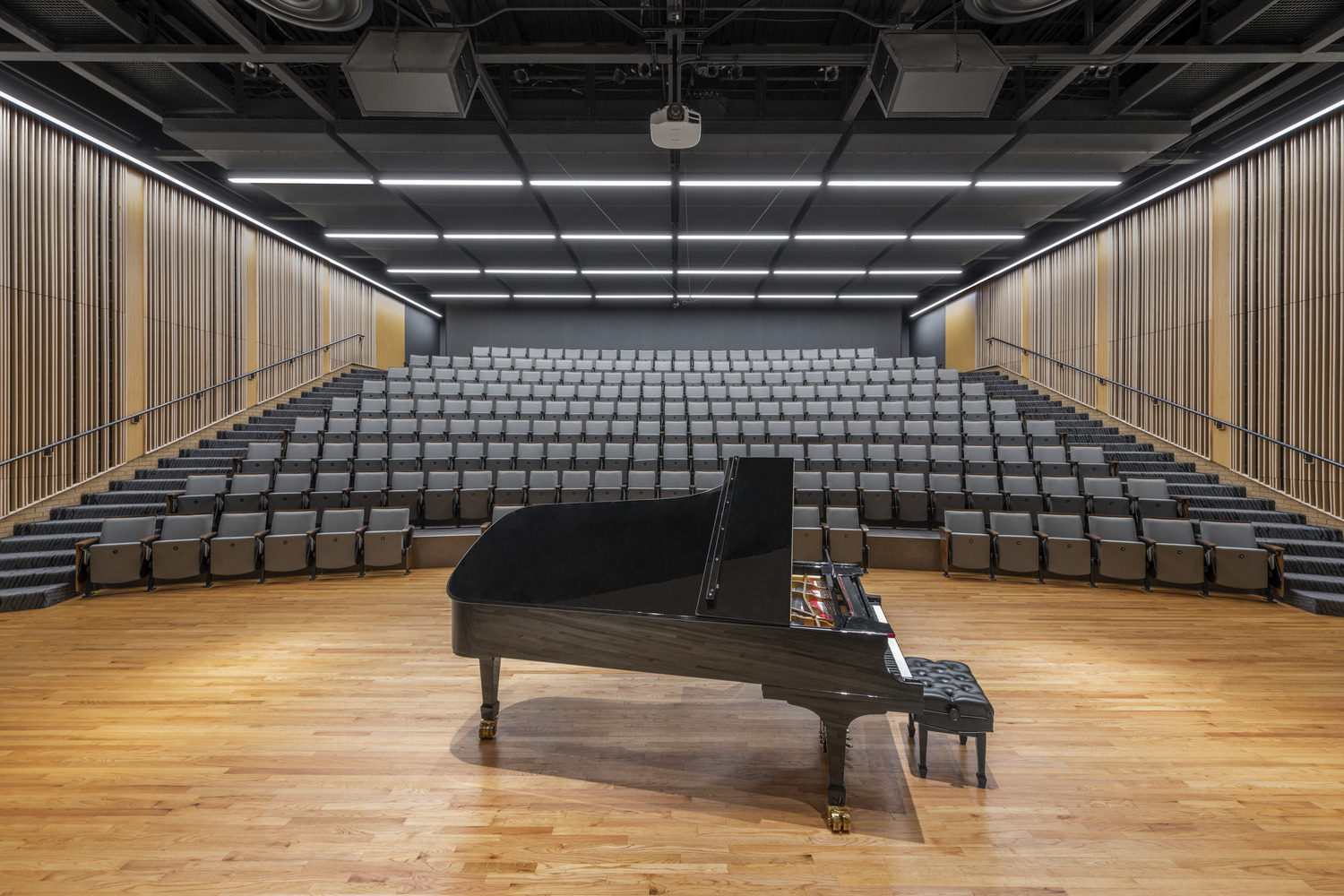 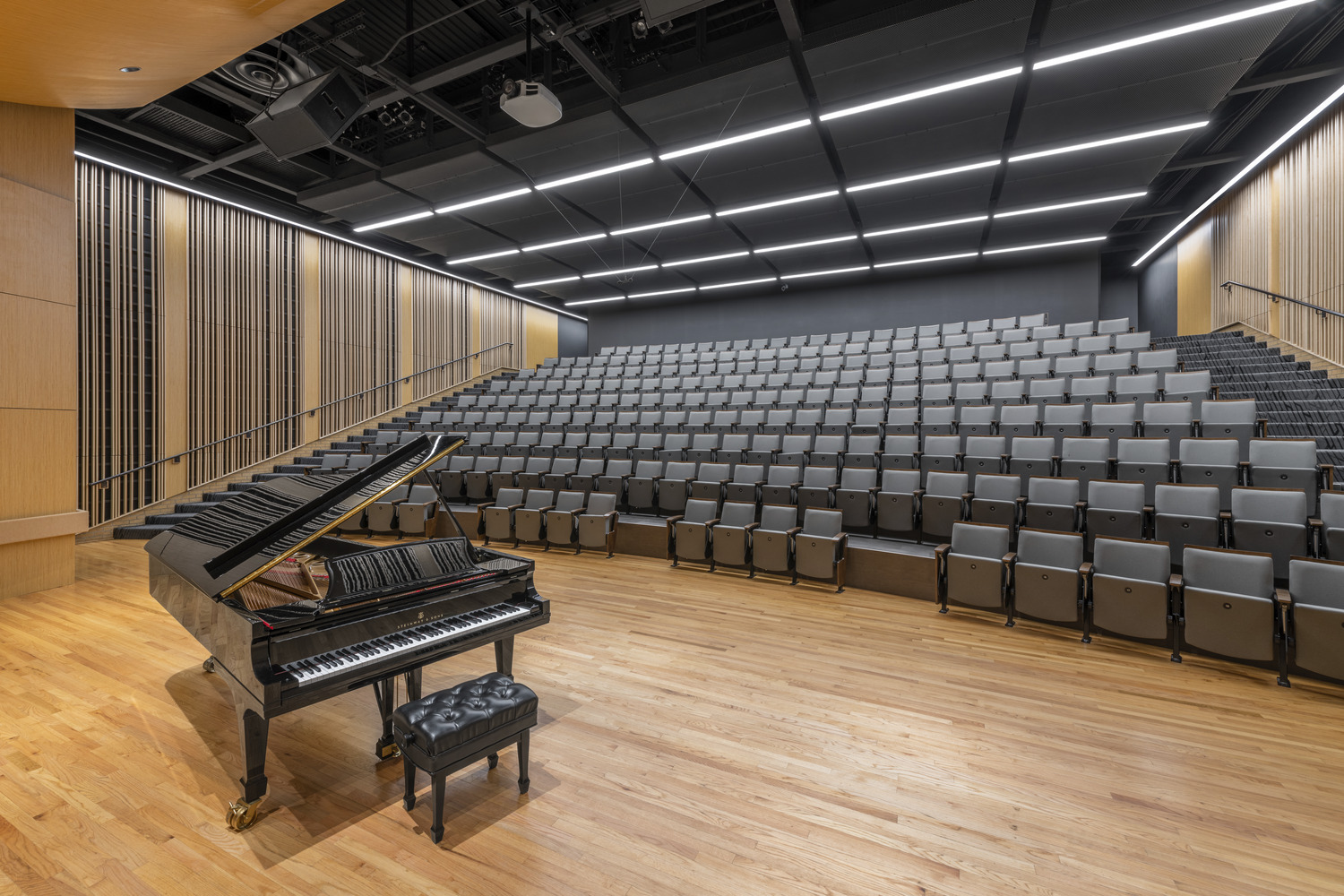